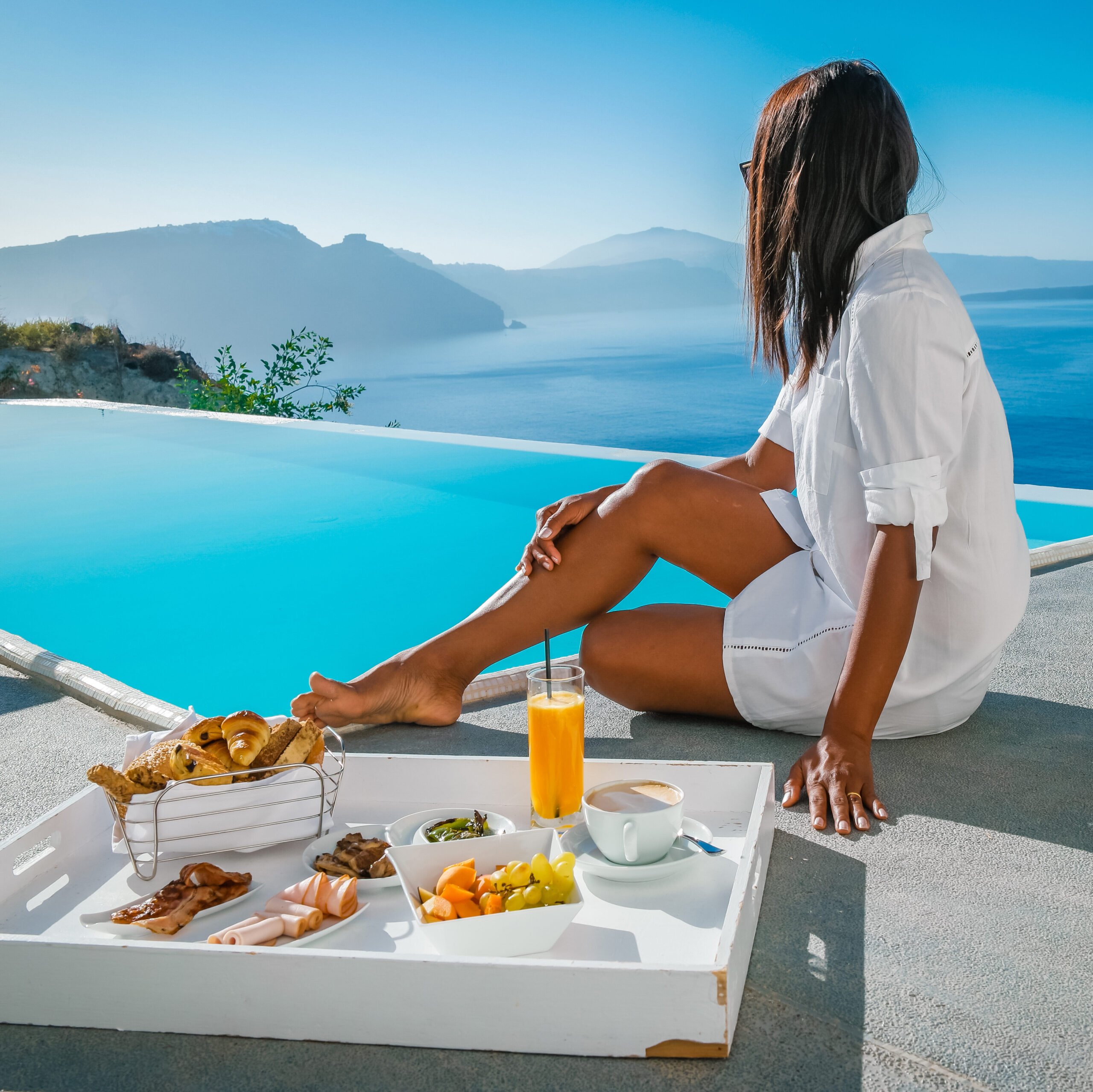 The term 5-star hotel conjures up images of luxury: a magnificent lobby, bellhops and a concierge ready to assist you, room service and white fluffy bathrobes in your hotel room, and fancy amenities like a spa and gym.

But what do hotel star ratings actually mean?

What’s the real difference between a 5-star hotel and a one-star hotel (and all the ratings in between?)

While star ratings are extremely common to see on hotel booking websites and travel guides, you might be wondering exactly what they mean.

Here’s an overview of hotel star ratings and what you can actually expect when staying in a 5-star hotel.

There’s no universal system for scoring hotels and assigning them a star rating, which means star ratings vary from country to country.

In the United States, Forbes Travel Guide and AAA are the two organizations that are most known for their hotel ratings.

However, hotel star ratings work differently in other countries.

In France, for example, there is an official government rating system, and hotels are required by law to display their star rating, from one to five stars. Many other countries have official star rating systems that are utilized by the government or the tourism board to classify hotels.

While the standard scale used around the world ranks hotels from one to five stars, some ultra-luxury hotels have gone as far as to claim they are actually six-star hotels.

The Burj Al Arab hotel in Dubai even claims to be the world’s only seven-star hotel, boasting luxury amenities like a private butler service, Rolls-Royce chauffeur, and suites that cost upwards of $20,000 per night.

Although there’s no standard rating system worldwide, the general meaning of each star rating is fairly consistent.

Here’s what to expect with each star rating a hotel has:

Basic, no-frills accommodation. Don’t expect any amenities like room service or daily housekeeping at a one-star hotel. In the United States, think along the lines of a Motel 6.

Two-star hotels are still pretty basic and affordable, but may have some additional amenities, especially if they are newer. This could be something like a Fairfield Inn by Marriott or La Quinta Inn by Wyndham.

Typically, a three-star hotel is a standard, comfortable hotel with a good range of amenities. Swimming pools, fitness centers, and on-site restaurants are common. Think Courtyard by Marriott or Hyatt Place.

Four-star hotels are luxury hotels with all the amenities of a three-star hotel, plus extras like a valet car service or concierge service. This is something like a Marriott or Hyatt Regency.

This is the most luxurious hotel you can stay at, with even more high-end amenities and services. Examples of five-star hotels are the Ritz-Carlton and the Four Seasons.

Hotel star ratings can be a good baseline for judging the quality of a hotel, but it’s not the only measure you should use.

It’s a good idea to always read guest reviews for a hotel on a platform like Tripadvisor or Booking.com rather than just relying on the hotel’s star rating.

It’s also important to note factors like location, price, and newness of a hotel.

A modern, newly-constructed SpringHill Suites by Marriott that’s only a two-star hotel can easily be a nicer stay than an older, dated, full-service Marriott hotel with a four-star rating.

While hotel star ratings can be helpful when planning for travel, it’s not the only factor you should consider.

Traveler Alert: Don’t Forget Travel Insurance For Your Next Trip!

The Travel Off Path Community FB group has all the latest reopening news, conversations, and Q&A’s happening daily!

Enter your email address to subscribe to Travel Off Path’s latest breaking travel news, straight to your inbox

This article originally appeared on TravelOffPath.com

Can ChatGPT be a travel planner? We tested it out: Travel Weekly

how to find sustainable travel companies