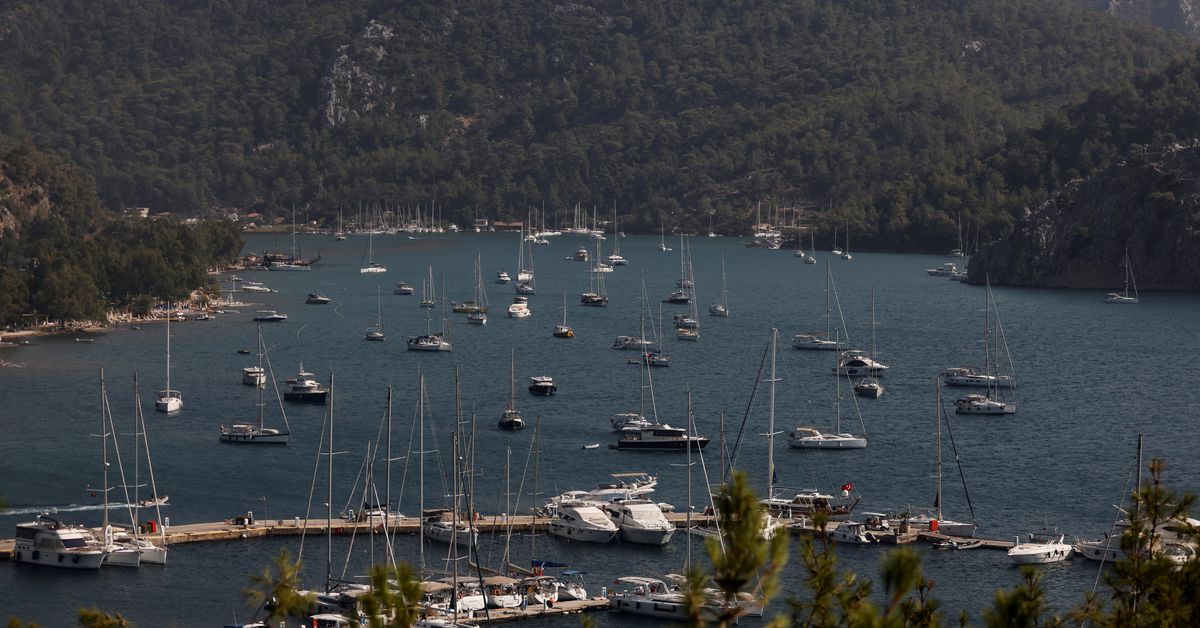 ISTANBUL, Sept 3 (Reuters) – When Britain announced Turkey would stay on its “red list” of travel destinations last week, Onur Arican decided to close his boutique hotel on the Aegean coast early this year rather than wait out a summer season derailed by COVID-19 and wildfires.

In 2019, Britain was Turkey’s third-biggest source of tourists with 2.5 million visitors that year, most of whom flocked to the Turquoise Coast near Bodrum and Marmaris, where Arican runs his 19-room Mavi Yengec hotel.

This year the number of British guests was down by two thirds compared to 2019, Arican said, and he was forced to cut a third of his staff.

Offering discounts to vacationing Turks has kept the business going, but alcohol sales were down sharply and he hadn’t bothered to open up his biggest room, he said.

Britain imposed COVID-19 travel restrictions on Turkey in October last year and added it to its “red list” in May, forcing all travellers to quarantine in a hotel upon return.

Hundreds of hotel owners and travel agencies in on Turkey’s southern coast had hoped it would drop the designation last week as a last chance to save the season, but Britain decided to extend the restriction until its next review expected on Sept. 15 or 16. read more

“Britain’s red list opened a fresh can of worms for Turkish tourism,” said Arican. “Due to the absence of the Britons, we will close on September 15 or maybe even earlier.”

Foreign arrivals jumped fourfold from last year thanks to holidaymakers from Russia, Germany and Arab countries, but they remain well off 2019 levels.

A spate of wildfires last month in which nine people were killed had already forced many hotels in areas around Marmaris, Fethiye, Dalaman and Kusadasi to close early. read more

Yet it was Britain’s decision on travel restrictions that many took as the nail in the coffin for the summer season of 2021.

In Marmaris alone, about 600 hotels are expected to shut in coming days due to London’s decision last week, said Bulent Bulbuloglu, chairman of the South Aegean Hoteliers Union.

“They were all waiting for a last chance for the season, but after Britain’s latest update most of them will be closed by the first days of September,” he said. Many will struggle to survive until next season, he added.

Hotels in the region met with banks and the tourism minister two weeks ago to discuss loan restructuring.

Can Tolga Eroglu, owner of three hotels near Marmaris, said only 25 of his 118 total rooms are occupied. Usually 90% of his guests are from Britain.

“Hotels should have 95% occupancy rate these months,” Eroglu said. “Because Turkey was kept on the red list, many facilities will decide to close. Marmaris seems to have its worst August and September.”

Menderes Akbulut, general manager of Koral Travel, which mainly serves the British market, said many small hotels have already begun to close. “If Britons came, the season would continue until mid-November,” he said.