Travel spending in Ohio fell by 40% last year, and the hard-hit industry is still reeling 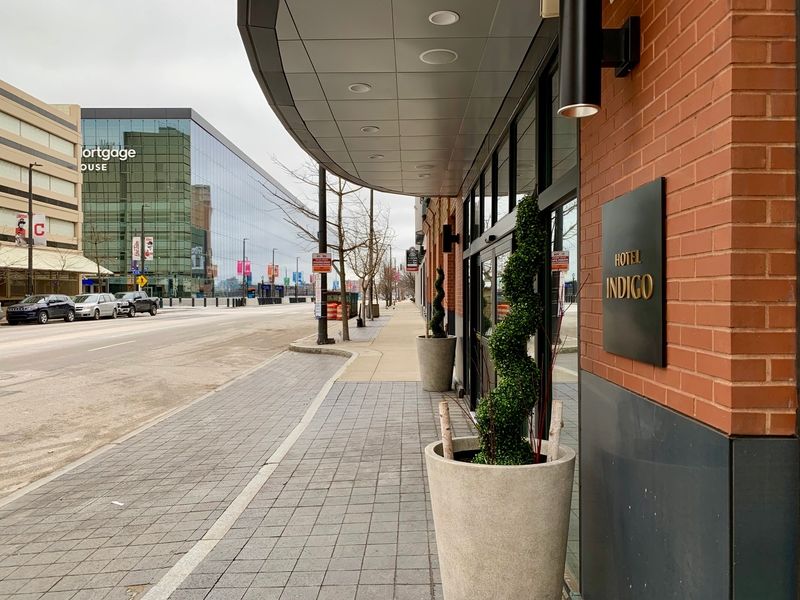 The Ohio Travel Association reported Friday, Feb. 12, that industrywide revenues fell $12.8 billion last year, when compared with their 2019 levels. The sharp falloff in travel, combined with public health restrictions meant to slow the spread of the virus, spurred a $378 million decline in annual state tax revenues, according to Tourism Economics, a research firm.

Across Ohio, local tax revenues tied to travel and lodging dropped by $223 million. And the downturn in Ohio translated to an $808 million decrease in tax revenues at the federal level, Tourism Economics found.

The travel association and the Ohio Hotel & Lodging Association released those statistics on the heels of a brutal year, and in the midst of an advocacy campaign focused on short-term relief for members and long-term planning for an industry facing a slow and painful recovery.

The trade groups pointed out that more than one-third of the Ohioans who lost their jobs in 2020 worked in the travel industry, not only in customer-facing roles at hotels and attractions but also in behind-the-scenes jobs in finance, human resources, engineering and other fields. In December, 80% of new job losses in Ohio were related to hospitality and tourism.

Pennsylvania-based Tourism Economics, which routinely works with the U.S. Travel Association to track the industry, has been reporting on Ohio’s performance since 2008.

The 40% decline in statewide visitor spending last year was close to the national average, said Adam Sacks, the firm’s president. Ohio ranked 35th out of all 50 states for its 2020 performance — with 34 states losing less ground from 2019.

Sacks expects leisure travel to pick up in the summer across the United States, as the weather warms, the vaccine rollout continues and more people feel comfortable venturing out. Business travel will continue to lag.

In the Cleveland area, hotel occupancy was an abysmal 37.4% last year, down from 61.4% in 2019. Revenue per available room, a key metric for the industry, fell by 52.8%, according to lodging data firm STR.

And conditions haven’t improved notably this year, particularly for urban hotels and properties that rely on still-nixed conventions, meetings and events for much of their business. During the first week of February, local hotels were 34.1% occupied, STR found. Revenue per available room was off by 42.4% from the same stretch of 2019.

“It’s a good start that the governor prioritized hotels and lodging businesses in the ‘Investing in Ohio Initiative,'” said Joe Savarise, executive director of the Ohio Hotel & Lodging Association, of the state budget blueprint that Gov. Mike DeWine unveiled early this month. “But we think there are additional steps that need to be taken.”

“We’re fully in support of the governor’s proposal,” Huntley said. “We think it is proactive. We think it is strategic. And it will save and create jobs. There’s no doubt in our mind.”

But the industry still is waiting anxiously for the state to roll back restrictions that have kept convention centers and other venues largely offline for the past 11 months. Savarise and Huntley said there’s no clear timetable for those facilities to reopen, though they were heartened this week by the state’s decision to lift an overnight business curfew and to let buffets and salad bars reopen, with safety precautions.

Ohio’s ongoing cap on large gatherings is keeping venue operators in limbo, preventing them not only from hosting events now but also from scheduling bookings for future conventions and meetings, Savarise said.

“That conversation needs to continue and gain speed, because we’ve got to have clarity for organizers,” he said.

The travel industry also is closely watching discussions about tax issues, from the possibility of federal tax credits for companies that participate in trade shows to state-level talks about potential property tax relief for real estate owners harmed by the pandemic.