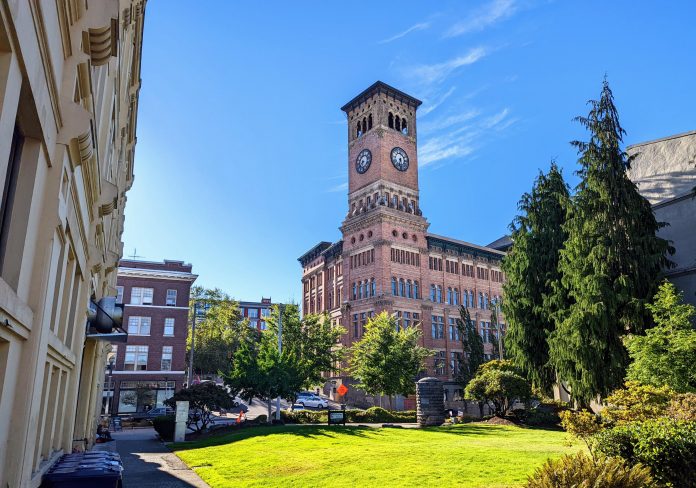 Planned transit bypasses downtown and threatens investments across the city. It is not too late for a reset.

By virtually all metrics, a 15-minute stroll from 11th and Pacific in central Tacoma accesses the dominant administrative, economic, cultural, residential, and transportation core of Pierce County. Today, this area is served most directly by the Commerce Street Transit Center, a rich hub of local and regional transit connections.

When including the Tacoma General Hospital and University of Washington areas, central Tacoma utterly dwarfs everywhere else in the county in prominence — there is no competition. Indeed, our best data shows that Tacomans and Pierce County commuters travel to it in far larger percentages than any other regional destination, including Seattle.

And yet, based on our long-range transit planning, you wouldn’t know this.

For Pierce Transit’s Stream 1 bus rapid-transit (BRT) project, a route deviation to the Tacoma Dome adds travel time to all trips to Commerce Street after spending $250-million to reduce it. It will also impose a new transfer on all riders who wish to visit Pacific Avenue in the city center and points beyond.

The Stream System Expansion team of Pierce Transit is also studying whether to end Stream 2 BRT at Tacoma Dome Station, despite the fact that the busline it will likely replace, the Route 3, has obtained its ridership while serving the city center.

Most egregious of all, nearly $4 billion dollars is being spent to send Link trains not to the Commerce Street Hub in downtown — which is Transit Planning 101 — but instead to the park-and-ride at Tacoma Dome in the industrial margins of the city. The project is called the Tacoma Dome Link Extension, or TDLE, and it is redirecting local bus services away from Commerce Street Transit Center. Worse, the last mile of this proposed rail line will be on a street that poorly integrates these new bus and rail services.

There is not a conspiracy to build bad transportation in Tacoma. Indeed, most of the plans that will be reviewed here have evolved from choices that made some level of sense at the time and place they were decided. A variety of local agencies that are acting in goodwill and staffed by transit advocates with a strong desire to make things better have worked diligently to deliver beneficial infrastructure for the public. Comprehensive transportation planning is rarely a simple and straightforward affair.

However, due to reasons as varied as groupthink, siloed institutional decision-making, incomplete or insufficient data points, and government inertia, their work has produced individual projects that do not work toward a coherent whole. When considered altogether, these plans are being executed seemingly without appreciation for how riders will use the system, or how the system will serve the city of Tacoma. It is time for a reset, now, while we still have the ability to do so. That reset must start with reprioritizing transit to Tacoma’s city center.

The following essay maps paint a path forward that would bring about this reset, while also providing context for how we got here. The maps convey the transit planning situation that is unfolding in Tacoma right now, and show succinctly how to dig out.

I hope you enjoy these maps, and I hope that you are able to discern lessons from them that may inspire you to work with local governmental leaders and agencies in order to secure transit planning that more effectively serves the people.

The following maps, arranged in sequence from A1 through A6, provide a basic understanding of how the transit system in Tacoma is developing. Link light rail extends to Tacoma, only reaching the Tacoma Dome. BRT, local bus, and streetcars then divide between serving the new station on the outskirts and continuing to reach the current busy Commerce Street station. The slides identify the consequences of each new piece of infrastructure on the system. If those impacts are left unchecked, they will introduce disorder and unnecessary complexity.

Planning in an ideal world

The following maps, arranged sequentially B1 through B5, provide a review of how Tacoma transportation infrastructure might be built in an ideal world. From a Link extension that serves downtown Tacoma at Commerce Street, BRT and streetcars connect through a single hub in the densest part of the city. In this alternate reality, transit improves in a manner that solidifies the network, improves urban areas, enhances rider experience, and effectively serves the city of Tacoma.

The following maps provide a look at individual transit issues, overlaid with an intervention or “fix” to that project, illuminating an opportunity to reset project scopes and objectives. Slide left for the issue and right for the fix. The goal is for each intervention to be a realistic pathway to save the project from its own failures or excesses — and do so in a manner that enhances the transportation network in the city of Tacoma.

These interventions are desperately needed right now, in some form or another.

How to bring Link into Tacoma

There are multiple pathways into central Tacoma for Link light rail. They just need to be studied. Critically, the Puyallup Avenue alignment known as “TD1” in TDLE scoping documents must be included within the Draft Environmental Impact Statement for that project. Without that alignment, the Central Tacoma Link Extension is dead. Puyallup Avenue is the only route that can physically deliver trains into Tacoma.

A look at the historic streetcar and interurban rail network of Tacoma and vicinity provides context on who we once were, and how we once designed such systems. There are many lessons to be learned from Tacoma’s Golden Age railway designers. They prioritized urban rail lines that served many people as efficiently as possible.

A future worthy of Tacoma’s history

Back when American society routinely built railroad systems that were heavily used, travelers heading into Tacoma on the interurban rail line enjoyed a view of Old City Hall upon their arrival to the station in the heart of the city.

After the Tacoma Dome Link Extension opens in the mid-2030s, new interurban train riders will not see the landmarks of this historic city. Instead, they will see vast multi-story parking garages that are located about 1.5 miles away from the city center.

While the aesthetics of railway terminal neighborhoods are less important than their functionality, location does send a clear signal of the values and aspirations of those who build train stations. What does it say about Tacoma that interurban train riders are left at the edge of town?

It says that Tacoma’s long-range plans and policies do not promote the continued centralization of its transit network in downtown. It says that riders are not a priority and will need to transfer to get to Tacoma’s city center, especially its most glittering and reputable street, Pacific Avenue. It says that, the middle of a climate emergency, the city will build a rail line that ends at a park-and-ride facility well over a mile away, and where 80% of its users drive to it in single-occupancy cars. It says Tacoma tolerates a $4 billion subway line that does not serve any of its finest urban amenities.

Tacoma deserves excellent rapid transit that serves the city well and nourishes the type of infill development essential to its future growth and resilience. That means continuing with the revitalization of the heart of the city, reinforced by major public investments that are naturally well suited to it — like new bus and rail lines.

It is time for a transportation planning reset in this city.

This article is adapted from the author’s Transportation Matters blog. 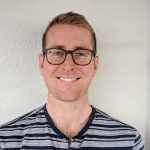 Troy Serad is a site development engineer with a background in land surveying, cartography and urban planning. Throughout his career, Troy’s contributions have helped advance many critical transportation infrastructure projects across the Puget Sound region, from Hilltop Link Extension to Madison Street BRT. Along with six years of experience in local passenger rail operations, he brings a unique and holistic perspective to transportation planning. Troy is also currently an appointed member of the Transportation Commission of the City of Tacoma, where he is also a resident.