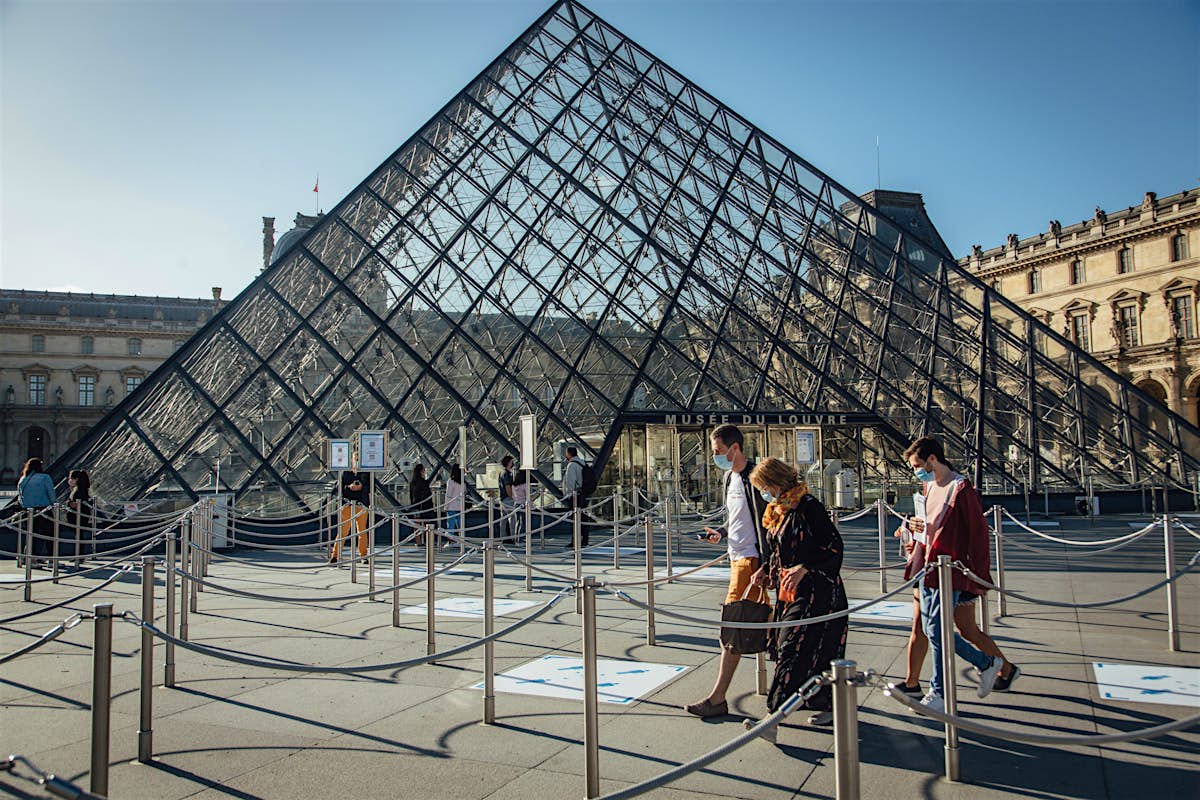 France is requiring health passes for all restaurants, cafes, bars and long-distance transport networks from August 9. It’s an extension of a pass that currently covers access to many cultural, entertainment and leisure venues across France—and is required of both locals and tourists.

Plans to extend the pass must still be approved by the French Constitutional Council on Thursday August 5 but it’s likely to go ahead after it was discussed earlier in Parliament. Officials are also making the health pass accessible for tourists from outside the European Union after many of them reported their own vaccination certificates were not recognized at venues throughout France.

Secretary of state for tourism, Jean-Baptiste Lemoyne, has said the goal is for non-EU tourists to be able to obtain the health pass through the same process that applies to French citizens living abroad. “We are setting up a dedicated scalable system,” he told France Inter radio via Le Parisien.

Foreign embassies in France have already laid out some details of what that process entails. If you’re traveling to France, here’s a guide to understanding what the health pass is, where you need to present it, and how you can sign up for it.

What is the health pass?

The pass sanitaire (health pass) indicates that the holder has been fully vaccinated against COVID-19 (in France that means one week after the final dose of a Pfizer, Moderna or AstraZeneca vaccine course or 28 days after a Johnson & Johnson vaccine), has recovered from the virus within the last six months, or has tested negative in the past 48 hours with either a PCR or antigen test.

It came into effect on July 21, granting the holder access to any leisure or cultural venue across France with a capacity of more than 50 people, including museums, galleries, theaters, cinemas, concert halls, exhibition spaces, nightclubs, discos, zoos, open-air festivals, sporting venues, theme parks, libraries, swimming pools, and tourist attractions like the Eiffel Tower.

From August 9 the health pass will be extended to restaurants, cafes and bars (both indoors and outdoors), some shopping centers, long-distance trains and coaches, domestic flights, hospitals and nursing homes.

People can upload their vaccination or testing status to the ToutsAntiCovid app, or apply for a paper version with a QR code. It’s required of anyone over 18 years old and by August 30, it will be extended to children between the ages of 12 and 17 as well.

How can tourists apply for the health pass?

If you’re traveling from the EU, you can present your digital COVID-19 certificate or any approved European health certificate that documents your vaccination or testing status. The French embassy in Germany confirms that if the certificate issued to you appears with a European flag, your certificate is compatible and “will be recognised during [checks] in France in the same way as French certificates.”

If you’re traveling from the US, the French Embassy in the US confirmed today that US tourists can exchange their vaccination certificate for a QR code that’s compatible with the French system by email. You’ll need proof of vaccination (CDC card), passport or ID card, proof of address and to download this application form. Initially this process was only available to French citizens and their dependants living outside the EU but it’s now available to non-citizens.

In the meantime some tourist sites are accepting the CDC card from American visitors. The Palace of Versailles confirmed to Lonely Planet that Americans are permitted to show their CDC vaccination certificate for entry, and it has been reported that the Eiffel Tower and the Louvre are also accepting it.

If you’re traveling from the UK, the French government confirmed on August 4 that people vaccinated in England and Wales will be able to present their NHS QR code. However, people who have been vaccinated elsewhere in the UK must exchange their vaccination certificates for a compatible French QR code.

If you’re traveling from elsewhere, check your local embassy for details on how to exchange your vaccination certificate for a QR code compatible with the French ToutsAntiCovid app.

I’m not vaccinated, where can I get tested in France?

Testing is widely available in France in most pharmacies and medical facilities but you’ll generally need to make an appointment in advance. Most pharmacies can do antigen tests for about €25, and PCR tests can cost about €45. When using the health pass, your testing status is only valid for 48 hours, which means you’ll need to be regularly tested to enter venues.

Why was it introduced?

France is in the fourth wave of the pandemic, with government spokesperson Gabriel Attal telling reporters at a press conference in July that cases are rising “by nearly 125% in one week”—a figure that hasn’t been seen since the start of the pandemic. The highly transmissible Delta variant now accounts for about 80% of infections. “We have entered a fourth wave of the virus,” Attal said. “The dynamics of the pandemic are extremely strong. We are seeing a wave faster, a steeper slope than all the previous ones.”

The spread of the Delta variant has been compounded by a slow vaccine uptake in France in recent weeks. By introducing the pass, the government hoped that more residents will be encouraged to sign up to the vaccine campaign. And already it seems to have paid off. Last week, president Emmanuel Macron said on Twitter that more than four million doses have been administered within two weeks of the pass being introduced. As of August 4, figures from Our World In Data show that 49% of the French population is now fully vaccinated. For more information on the health pass, see here.

This article was first published on July 21 and updated on August 5, 2021.