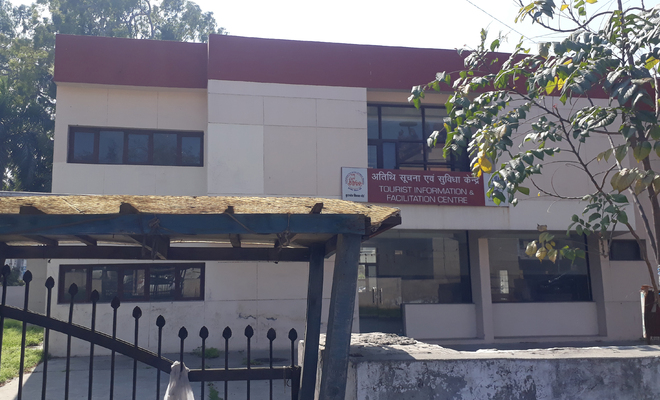 While the state government has been claiming to promote Kurukshetra as a global tourist destination, all three tourist information and facilitation centres — opened at a cost of Rs 2 crore to facilitate tourists who reach Kurukshetra from across the country — have been lying closed for nearly a year at Kurukshetra.

The centres were started a couple of years ago to give tourists information about the ‘tirthas’ situated in Kurukshetra and there were plans to start ticket booking counters, souvenir shops, cafeteria and cloakrooms as well. Budget provided under Krishna circuit was utilised in this project.

Currently, there is no centre to help the tourists who reach Kurukshetra to visit the ‘tirthas’ here.

The tourist information centres were opened at three strategic locations at Pipli, near Gurdwara Chhati Patshahi and Brahma Sarovar.

There was another desk on the premises of the office of Kurukshetra Development Board but there is no employee there to guide the tourists.

While the already available centres are lying closed, there is a proposal to open a tourist information centre at Jyotisar too.

Honorary secretary, KDB, Madan Mohan Chhabra said, “The centres were closed due to Covid. The matter has been taken up with the authorities and efforts are being made to resume operations at the earliest so that good services could be provided to the tourists who reach here from faraway locations.”

Chief Executive Officer, KDB, Anubhav Mehta said, “These are tourist facilitation centres and the projects of Krishna circuit are being executed through the Tourism Department. The projects which are handed over the board are being run as per the board’s policies.

WERE OPENED AT THREE LOCATIONS

The tourist information centres were opened at three strategic locations at Pipli, near Gurdwara Chhati Patshahi and Brahma Sarovar.