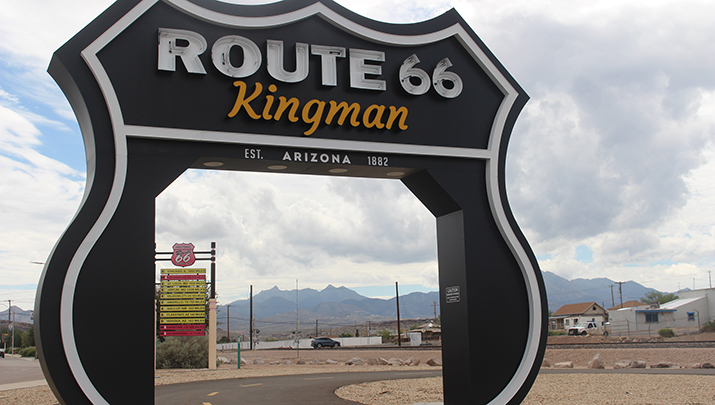 According to Noble, one of the event’s goals is to perfect the event by the 2026 festival, which will land on the centennial year of Route 66.

The event will be held at Lewis Kingman Park and will host a variety of events, vendors and activities.

Noble said organizers are looking for non-profit organizations for “micro-events” at the festival as another way to attract visitors. Noble said they are working to release grant applications for interested organizations. According to the application, $8,000 is designated for organizations that can apply for $500 to $1,500 in seed funds.

“We’re really reaching out to the community looking for other individuals to participate and help make this a bigger and better event,” Noble said.

Noble said organizers want to provide as many resources as possible so those who want to participate can feasibly do so. Nobel hopes that the micro-events can be related to Route 66 and the history of Kingman.

Along with events to attract tourists, Noble also gave the committee a run-down on tourism reports from the past several months.

Noble said between April to June of 2021, over 20,000 people visited the Kingman Visitor Center, which is a 400% increase compared to last year. Noble said that due to the pandemic, the center was closed during April and part of May in 2020, which impacts the percentage hike. Compared to average years, Noble said the rate was 55% of normal.

For gift shop revenues, they gained over $58,000, a 336% increase from the previous year, Noble said. The average daily sales per full-time employee was $188.11, which is up from last year. Noble said he credits the rise to better products, better displays and more “aligned” customers taking the time to look around.

For website visitation, Noble said they recorded 45,000 sessions, which is a 74% increase from 2020. Noble said people were not looking for travel information last year due to the pandemic, but they’re seeing the momentum come back.

Lodging tax revenues from January to March 2021, the most recently recorded number, saw a 131% increase from the previous year with $197k in revenue.