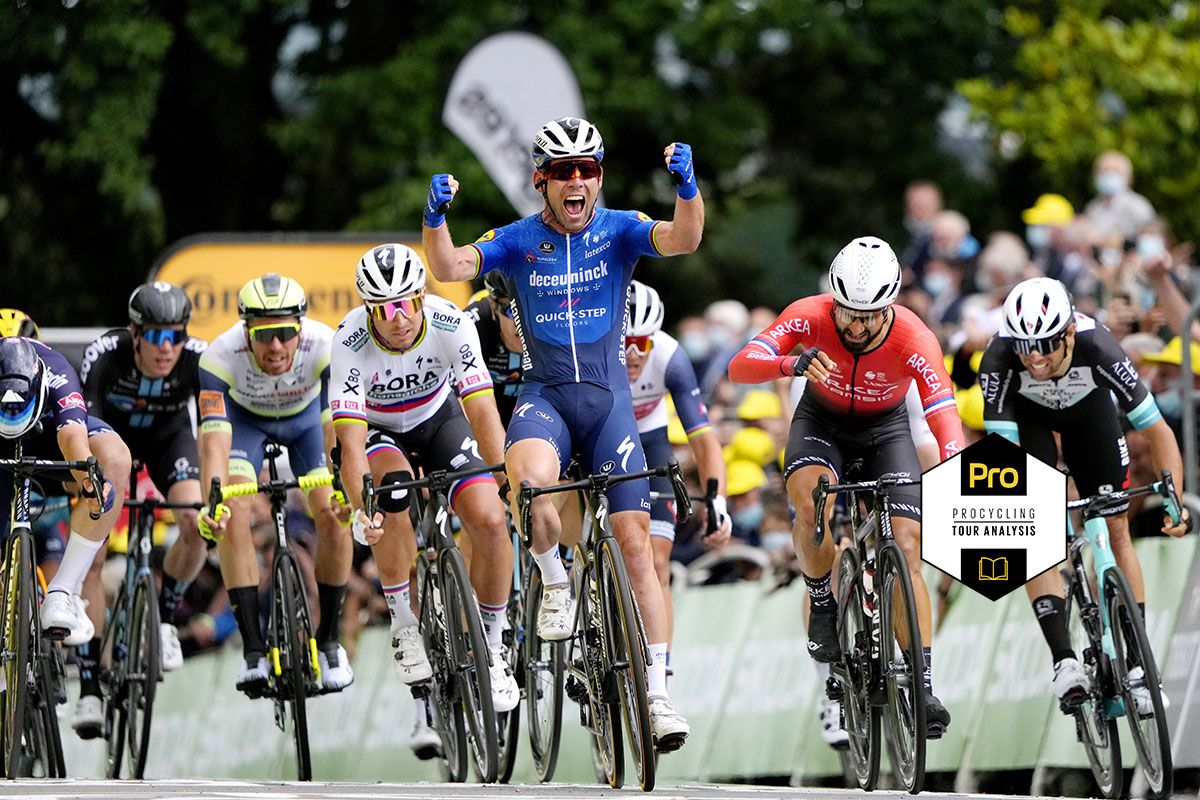 The role of fortune is one of the key themes in one of Shakespeare’s greatest plays, King Lear. The characters believe that they are the subject of forces beyond their control, not their decisions. They believe their destinies are preconceived, that there is little they can do to alter their course, to write their own narrative. After being blinded for no good reason, Gloucester exclaims: “As flies to wanton boys are we to the gods; They kill us for their sport.” There’s seemingly a world without order, where only good luck and fortune allow someone to muddle through. It is up to the gods to decide how things fall, not the actions of humans.

Fortune is a big part of any success in sport, but it has taken an extraordinary series of improbable events to even bring Mark Cavendish to this Tour de France, let alone win a stage. The Manx sprinter told reporters after the stage that he did not think he would ever be back at the biggest bike race in the world. The path that has opened up for Cavendish, which started with a last-ditch off-season transfer to Deceuninck-Quick Step and culminated in the final acceleration that took him past Jasper Philipsen has involved a whole series of unlikely events, each leading to the next.

No one realistically thought this would happen at the end of 2020, when Cavendish was out of contract after a disappointing season with Bahrain-McLaren. The news of his contract with Deceuninck-Quick Step was greeted with a sense of relief, rather than expectation that he would do anything special. In a patronising way, it was seen as if it was a gift from Deceuninck boss Patrick Lefevere, a bonus year for his legend and record and an opportunity to leave the sport on his own terms.

The first few races this year seemed to support this narrative. He finished second at the GP Jean-Pierre Monseré and at a stage of Coppi e Bartali, which seemed to warm people’s hearts. Third at Scheldeprijs hinted at better things to come, but nobody expected his four stage victories at the Tour of Turkey. While there were critics eager to point out that it was only the Tour of Turkey, it was still his first victory since the beginning of 2018, an inordinately long time in the life of a top-level sprinter.

Even then, after those seal-breaking victories, there was no prospect of Cavendish coming to the Tour. Why would there be? Deceuninck have one of the top two sprinters in the world in Sam Bennett, Cavendish was merely on the team to mop up the B races, when Bennett was on duty elsewhere. When the Irishman banged his knee and was forced to miss the Belgium Tour, Cavendish ably filled in. Filled in to the extent that he won a stage ahead of Caleb Ewan, Tim Merlier, Dylan Groenewegen, Nacer Bouhanni and a lot of very good sprinters.

Still, no one expected him to go to the Tour. Especially not Lefevere, who has made his feelings about Bennett’s absence very clear. Even once he was in the Deceuninck Tour squad, he was still up against the best sprinters in the world and facing a completely different level of intensity, one that he hadn’t competed on since 2017. Speaking before stage 3, Lefevere said: “If he doesn’t win no one dies but if he wins it will be super. Four years he’s not been here but if wins then we’ll both be on the throne for a few days.”

One final piece of fortune came Cavendish’s way: Ewan’s crash on Monday which meant a broken collarbone and his withdrawal from the race. Without the quickest man in the race over the past two Tours, the sprints were wide open.

There are, of course, all those things that are not down to fortune. We do not live in a world where we live on the whim of the gods. Cavendish is in incredible shape, belying his 36 years, and has battled hard to get to this point. There was the Epstein-Barr virus which affected him in 2017 and 2018. He has talked about his troubles with his mental health, with the depression that he has learned to live with. These are not things that can be attributed solely to luck.

The first, and only, time I have seen the Tour de France in person was in 2016 in Cherbourg, the day after Cavendish claimed the yellow jersey for the only time in his career. Stage 2 was not designed for him, it was a draggy finish on which Peter Sagan triumphed. However, seeing him cycle past in that maillot jaune was the highlight of my day. This rider from the Isle of Man had transformed the way that Britain saw cycling, and had sparked my interest in the sport in the first place. Forget Wiggins-mania, forget Chris Froome, it was Cavendish that made me love the sport, hooked me in.

There will be many stories like mine, which is why this redemptive win is so special, and means so much to so many people. He argued that so many people did not believe in him, but it was almost illogical to think this could happen. Cavendish did not even think he would get to race the Tour again.

On his selection, the Manxman said: “The stars aligned. I never ever want bad things to happen to other people but after the last year it’s just nice to have some good luck and health.”

Maybe it does all come down to fortune after all. At the end of Act 2, Scene 2 of King Lear, Kent says: “Fortune, good night; smile once more; turn thy wheel.” Cavendish will be hoping that fortune’s wheel turns once more for him. 31 stage wins and counting.

Procycling magazine: the best writing and photography from inside the world’s toughest sport. Pick up your copy now in all good newsagents and supermarkets, or get a Procycling subscription.