The Most Important Travel Advice From Anthony Bourdain’s New Book 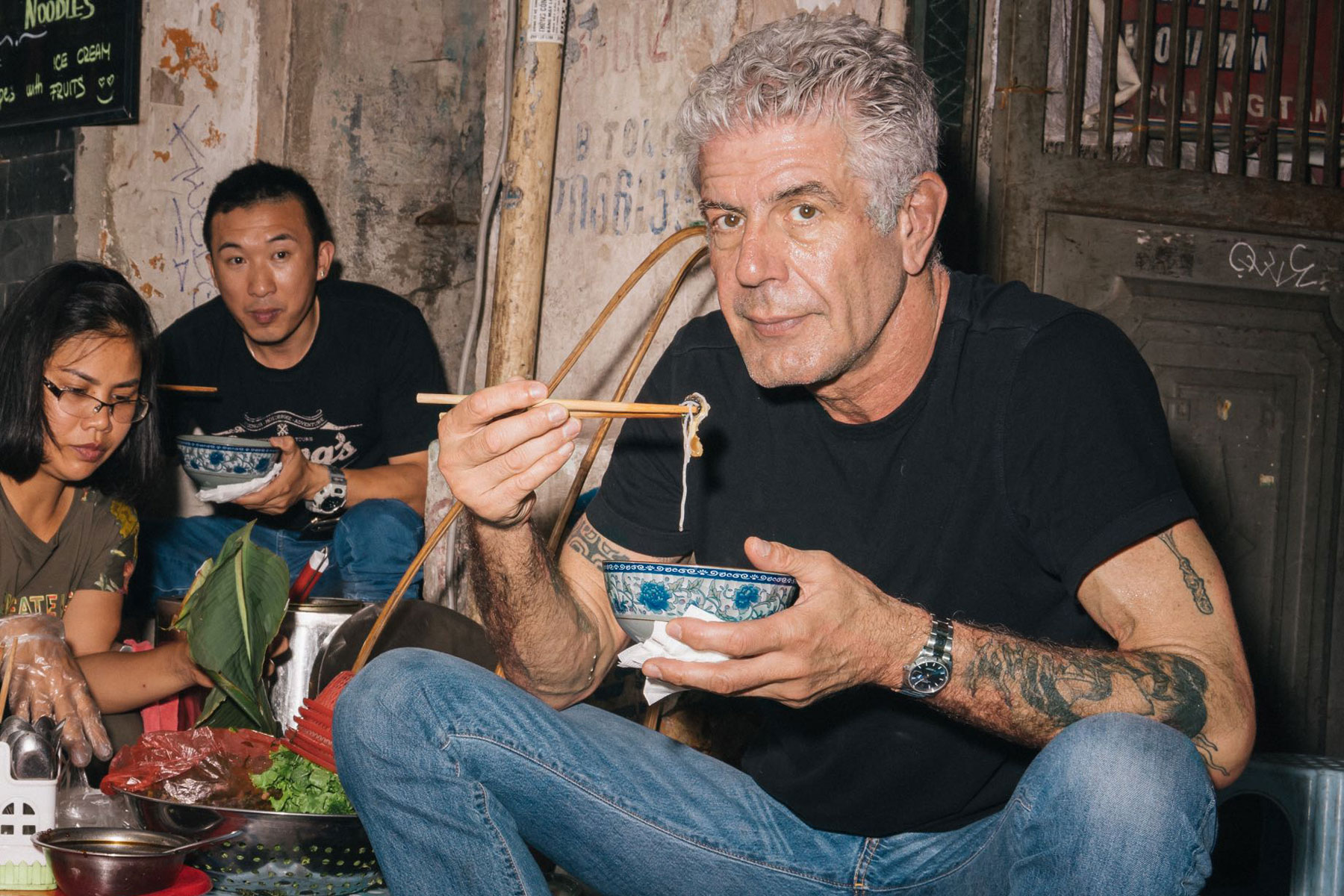 World Travel: An Irreverent Guide is full of savvy pieces of advice (and, as The Guardian puts it, “the flayed raw humour of a morgue attendant”).

But there is one quote from the late chef, storyteller and writer Anthony Bourdain that really stuck with us.

“It was never my intention to be a reporter, a critic, an advocate. It was also never my intention to provide audiences with ‘everything’ they needed to know about a place – or even a balanced or comprehensive overview. I am a storyteller. I go places, I come back. I tell you how the places made me feel.”

“Through the use of some powerful tools like great photography, skilful editing, sound mixing, colour correction, music (which is often composed specifically for the purpose) and brilliant producers, I can – in the very best cases – make you feel a bit like I did at the time. At least I hope so. It’s a manipulative process. It’s also a deeply satisfying one.”

RELATED: The Embarrassing Mistake Every Tourist Makes In Japan’s Bathhouses

Another quote comes from the Kenya episode of Parts Unknown.

“Who gets to tell the stories? This is a question asked often. The answer, in this case, for better or worse, is, ‘I do.’ At least this time out. I do my best. I look. I listen. But in the end, I know: it’s my story, not Kamau’s, not Kenya’s, or Kenyans’. Those stories are yet to be heard.”

Though Bourdain is being self-reflective here, not giving explicit advice to anyone, we reckon we can all learn from his humility.

Why? It captures something we all often forget – destination guides are just stories. Well written ones maybe, but stories. Glimpses through a certain lens.

This is evident in the ‘naive’ myths Australians believe about Europe’s drinking culture, as well as the ‘classy’ myths we believe about its beaches, for instance.

Another Bourdain insight that stuck with us from reading World Travel: An Irreverent Guide are the perils of crap airport food (on page 8, Bourdain is quoted on “the depressive spiral a bad airport hamburger can bring on”).

“I feel like Quasimodo, the hunchback of Notre Dame – if he stayed in nice hotel suites with high thread count sheets. I feel like of like a freak, and… very isolated.”

Finally, we’ll leave you with a Kitchen Confidential quote, to prepare you for the days when we are all allowed to travel freely again, and maybe motivate you to be a bit more adventurous.

“They say that Rasputin used to eat a little arsenic with breakfast every day, building up resistance for the day that an enemy might poison him, and that sounds like good sense to me.”

“Judging from accounts of his death, the Mad Monk wasn’t fazed at all by the stuff; it took repeated beatings, a couple of bullets and a long fall off a bridge into a frozen river to finish the job.”

“Perhaps we, as serious diners, should emulate his example. We are, after all, citizens of the world – a world filled with bacteria, some friendly, some not so friendly.”

“Do we really want to travel in hermetically sealed popemobiles through the rural provinces of France, Mexico and the Far East, eating only in Hard Rock cafes and McDonalds?”

“Or do we want to eat without fear, tearing into the local stew, the humble taqueria’s mystery meat, the sincerely offered gift of a lightly grilled fish head? I know what I want. I want it all. I want to try everything once.”