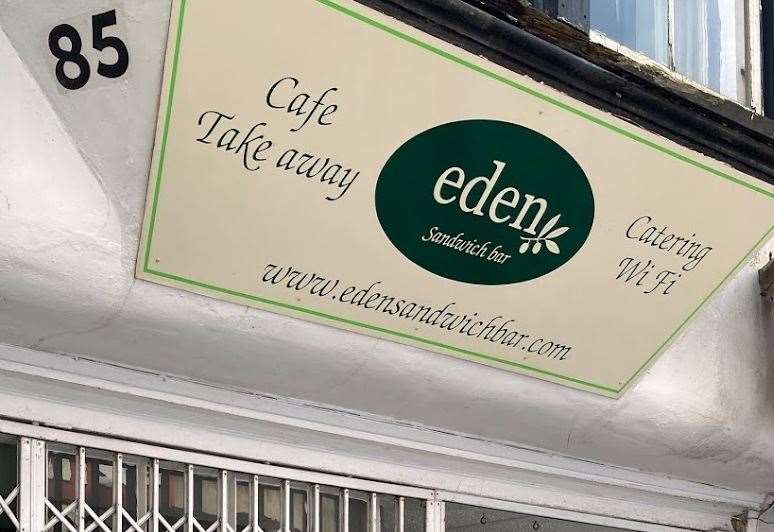 An empty sandwich bar looks set to be filled once more – this time with pub goers.

The Made Inn craft beer hostelry hopes to open in Bank Street, Maidstone, replacing Eden Sandwich Bar & Cafe which was based at the site before moving to the Royal Star Arcade.

It will be a second venue for the Made Inn in Kent, which opened in Ashford in 2018.

There were plans in place for another site in Whitstable but they were withdrawn in April after numerous objections.

Director Nick Hanlon, from Penenden Heath, says they will be “investing heavily” in the new venue, estimating they will spend between £30,000 to £40,000. Between 50 to 80 seats will be installed, too, depending on other furniture added.

The application states Made Inn want to add two six-seat benches to the front of the building.

“Essentially, we deal in craft beers and spirits,” said 46-year-old Mr Hanlon who joined the Made Inn team in March.

“We already have a site in Ashford but, because of Covid, expansion plans slowed down. But now, I have come on board to build the business.

“There is no Fosters, Kronenbourg or any of the mass produced stuff.

“In Ashford, we have 26 beers and four ciders on tap. The idea is we will appeal to the craft market.”

He says the licensing hearing granted the plans and they expect to sign the lease agreement soon with hopes of opening by the end of the month.

“Once we have got the keys, we will have a look around. Then we can be a little bit more clear on what exactly we will be doing,” he said.

“For us, the location is quite intriguing. It’s kind of in the town centre.

“But it is not a pub crawl route which helps us because, if someone walked into our venue and wanted a Fosters, they probably would just walk straight back out again.”

The Made Inn in Ashford initially opened as an eatery, although food will not be on offer at the County Town venue to start with, but Mr Hanlon says lessons have been learnt at the original site over the past three years.

He said: “There have been a lot of learning curves in Ashford. We are now wanting to replicate that across Kent and in Maidstone.”

Click here and search for 21/01248/LAPRE under licensing for the full application.

For more news on big brands and good places to enjoy a tasty bite, head to our Eat, Drink, Shop section

Read more: All the latest news from Maidstone