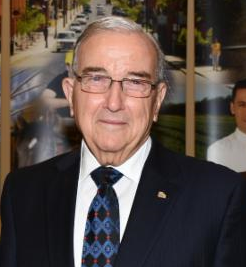 Tallman Truck Centre founder Gerald Tallman passed away May 2, after a battle with cancer.

His family, who was at his side, says he “leaves behind a legacy of entrepreneurship, kindness and generosity.”

Tallman began his career in the automotive business as a teenager in the parts department of a local car dealership. In 1970, Tallman opened his own garage and used car lot. He became part owner of Kemptville Truck Centre in 1973, later becoming sole owner.

He grew the dealership to nine locations and rebranded it Tallman Truck Centre, passing the torch to his son Kevin Tallman in 2008. Today, it operates as Rush Truck Centres of Canada with 14 locations.

“Throughout his career, Gerald received many awards of recognition including the prestigious Lifetime Achievement Award from International Trucks for his consistent record of achievement and humanity throughout the course of his career and for acting as a role model of excellence,” his family said in a release. “Gerald was also recognized by North Grenville Chamber of Commerce as a Citizen of the year and Employer of the year.

“Gerald was known as a leader in his community for his charitable efforts opening the Tallman Family Emergency Room at the Kemptville General Hospital in 2010 as well as hosting Annual Charity Golf Tournaments supporting various organizations.”

His obituary can be read here.