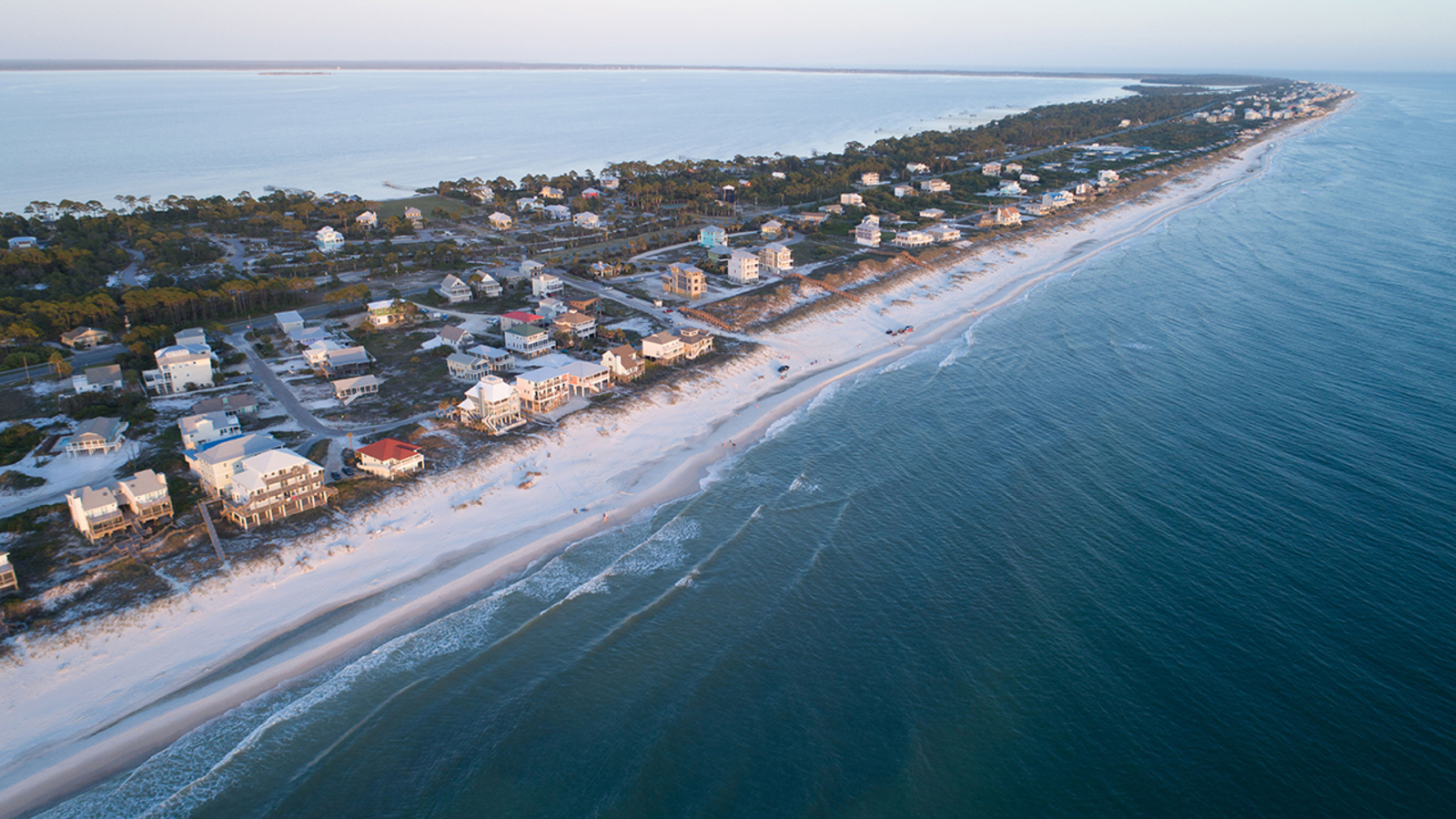 NEW YORK — The wait-and-see approach to travel right now is prudent from a health perspective. From a booking perspective, maybe not so much.

US airfares are on the rise, rental cars are in short supply and sifting through vacation home rental sites for gems in popular destinations is the new doomscrolling for some Americans desperate for a getaway within the United States.

Carrie Shevlin owns three rental properties in Cape San Blas, along Florida’s “Forgotten Coast” an hour southeast of Panama City. One of them is under construction — still in the framing stage — and already has bookings for next summer. The others are booked up through this summer. The low-density area has been very popular with pandemic-era vacationers looking to steer clear of crowds.

“Typically in the past, people could always find something, but now the demand for houses is far exceeding the supply of houses,” she said.

Last week, the number of vacation rental property reservations made in Florida was 40% higher than it was during the same week in 2019, according to figures from Transparent, a data analytics firm for the short-term rental industry.

Shevlin says about 20 people a day have been added recently to a Facebook group she administers with nearly 8,000 members where would-be Cape San Blas renters outline the types of properties they’re looking for and owners and property management companies tied to hundreds of rentals try to match their requests. Right now, renter queries are going unanswered. No inventory, she says.

But while some of the United States’ sought-after beach destinations, lakes and national parks may be booking up for summer, hope is not lost for the growing group of vaccinated travelers ready to bust out of their bubbles. It just may take some strategizing and a little more of that well-practiced pandemic flexibility.

Note that the CDC is advising Americans to delay travel until they are fully vaccinated.

Need a rental car? Search for it before you book anything else

If you’re planning a flight-hotel-car rental type of trip, flip it on its head and look for the rental car first, advises Jonathan Weinberg, founder and CEO of AutoSlash, a company that helps renters find better prices by applying every possible coupon and applicable membership discount (Costco, AARP, frequent flier programs, etc.) and monitoring price drops.

“What we’re seeing is that people are booking trips, they’re basically booking their airfare, they’re booking their hotel and then they’re waiting until they get around to it to book their car rental and they’re realizing that there are no car rentals available,” Weinberg said.

The precipitous drop in demand last year and ensuing financial woes prompted rental car companies to sell off a significant part of their fleets, and that supply has not been restored.

Weinberg is seeing people cancel trips because they can’t find a car or the price of those available blows their budget.

On average, rental cars are going for about double what you would normally pay, Weinberg says. But it can be three to 10 times higher in some places, and in Hawaii and Alaska, there are almost no cars available this summer.

So check on cars first and book as early as possible.

Car rentals are extremely tight, but there is plenty of supply on Amtrak trains.

“Ridership is climbing back slowly — and it is going to take a long time to return to normal,” Amtrak spokeswoman Kimberly Woods said via email. Systemwide ridership is at about 34% of fiscal year 2019, with bookings at approximately 45%.

Amtrak is bringing back daily service on 12 long-distance routes staggered to start between May 24 and June 7.

The California Zephyr from Chicago to San Francisco passes through the Rockies and the Sierra Nevadas in a scheduled 51-hour journey.

It’s not the cheapest or fastest way to travel across the country — a search for a June round-trip for two in a sleeper car with meals included came in at $2,432 — but it could be a relaxing way for fully vaccinated travelers to see spectacular wide-open scenery after a year many Americans spent cooped up in their homes.

Popular spots mean crowds. Look beyond them
This year has been, uh, most unusual. Maybe it’s a good year to let go of that trip to the same busy beach or the most popular national park — and bypass the vacation-rental scramble.

In Oregon, Cannon Beach and Seaside draw crowds from nearby Portland about an hour and a half away, but the coast in southern Oregon — from Florence on down — is also spectacular.

“Insanely scenic” Port Orford is a working fishing port with a thriving art community. Bandon to the north and Gold Beach to the south are also choice spots for summer visitors.

On the other side of the country in Maine, Acadia National Park is a huge tourist draw, but the rest of the state is also full of outdoor activities.

Ski resorts such as Sugarloaf and Sunday River have beautiful golf courses and are in river valleys with great kayaking. The state is also home to dozens of sporting camps — hunting and fishing outposts that in many cases have become family recreation facilities, says Steve Lyons, director of the Maine Office of Tourism.

Kids stay free in July and August at Weatherby’s, a historic camp in Grand Lake Stream, where families can learn how to fish from a licensed guide.

While many of the most popular state and national park cabins and campsites are likely booked for summer, travelers who go midweek or to more out-of-the way parks will likely find camping options. On southcarolinaparks.com and other state sites, you can filter for what you’re looking for across all of the state’s parks.

The city break may be making a comeback

Last year when people were even more focused on staying outdoors and away from other people, beaches were among the safest bets. But with vaccination rates soaring in the United States and an easing of CDC guidance, cities are opening up in a big way.

New York City plans to fully reopen on July 1, Mayor Bill de Blasio has said, and many of the state’s restrictions are being rolled back on May 19. The state and the city are both reporting low COVID-19 test positivity rates.

There are plenty of outdoor dining options for those who aren’t quite ready to sit inside and wide-open Governors Island, accessible for the first time by ferry from Brooklyn, offers public art, bike rentals, a Slide Hill for kids and more.

Downtown hotels across the United States have been hit especially hard by the pandemic since business travel hasn’t seen anything close to the leisure travel rebound. While some New York City hotels haven’t reopened yet, occupancy has been about 53% for the past few weeks for those that are open, according to data from STR, a global hospitality data and analytics company.

That number is forecast to climb to 61% this summer.

US hotel room rates dropped by 20% in 2020, according to STR lodging analyst Jan Freitag, and they’re only expected to rise by a fraction of that this year.

In San Francisco, occupancy for hotels that are open has been around 41%, with a summer forecast of 55%.

Christine Cox, her husband and their two children, 12 and 13, have been looking to rent an Airbnb in the Bay Area. With the kids on their way to being fully vaccinated, the family from Decatur, Georgia, is looking at the very end of June. The pickings are slim for what they’re after, she says.

Cox was surprised at how few properties fit their needs and the few that looked great cost way more than they wanted to spend.

They’re planning to break up their trip instead: A few days outside San Francisco at an Airbnb in Marin County and then a few nights back in the city center.

“We’ll probably end up getting a couple of hotel rooms for just a couple of nights,” she said. The hotel rates Cox has seen are lower than she expected. “It’ll just be sort of less expensive and easier.”

Anything that makes things easier this year sounds like a solid plan.