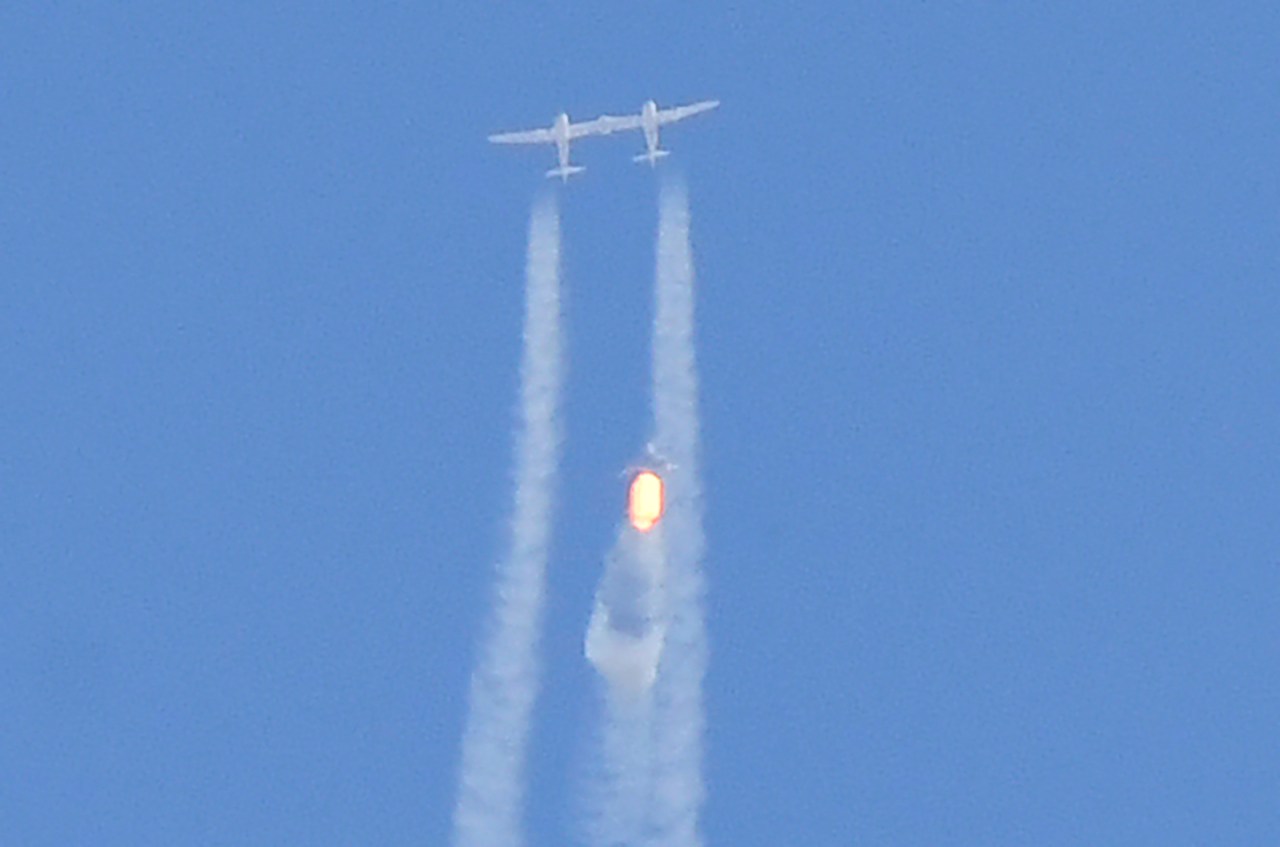 NEW MEXICO (KRQE) – New Mexico is still riding the high of Virgin Galactic’s historic spaceflight from Spaceport America near Las Cruces. It’s already having an impact on tourism at the Spaceport and officials are thinking about how to keep that momentum going.

“A new chapter of tourism was written there at Spaceport America. And it’s always and forever going to be the place where space tourism began,” said Cody Johnson, Public Information Officer with New Mexico’s Tourism Department. Tourism at the Spaceport after Sunday’s spaceflight is already skyrocketing.

Since the launch, Spaceport America said it’s had 26 inquires into how to view the next launch at the spaceport. It also said it’s seen a ‘large increase’ in visitors reserving Spaceport America tours into November and December. The tours are sold out until October. The Spaceport said it saw the most purchases in one day at its gift shop following the launch with 41 orders.

“We’re an active spaceport and some of the stuff we do is dangerous. You know, it’s just part of testing and development. And so in general, we don’t want a lot of people out there except for maybe some events like what happened on Sunday,” said McLaughlin. “But we are going to work on some areas where the public can come and watch.” It’s also possible Virgin Galactic may one day provide accommodation options for its passengers.

“I think they’re more focused on an overall customer experience which could include not just flight space participants, but it could also include the friends or family that are coming to watch or anybody coming to watch. I’d say stay tuned on that and hopefully, we’ll all hear some good news on that front sometime this fall,” said McLaughlin.

The increased tourism to the Spaceport area could spread to the rest of the state and similar space attractions, which is something the state’s tourism department is on board with.

“Moving forward, you will see a more concentrated effort from the tourism department promoting our space and science heritage and our dark skies,” said Johnson. He said the state’s tourism department will also start working closely with communities like Truth Or Consequences and Las Cruces to see why people are traveling to the area and if it’s related to space tourism.

“What we were able to show yesterday – what we were able to show the entire world, as a matter of fact – is we’re open and we’re ready for business,” said McLaughlin. He said Spaceport America will also work with T Or C, Las Cruces, and the state’s tourism and economic development departments to bring more tourist attractions to the area like museums or even immersive experiences down the road.

In addition to tourism, Spaceport America said it saw a big increase in interest from other aerospace companies possibly looking to become long-term tenants at the Spaceport.