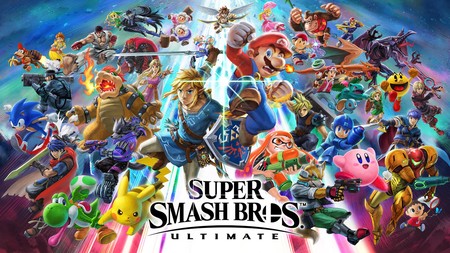 Smash World Tour (SWT), the organizers of the Smash World Tour Championships for Nintendo‘s Super Smash Bros. game series announced on Tuesday that it is canceling this year’s SWT Championships event and next year’s SWT. Nintendo issued an official statement on Thursday, claiming that it notified SWT that it would not license the group’s 2022 or 2023 activities, but that it had not required organizers to cancel the 2022 event.

Nintendo stated that its decision to not license SWT’s events was based on its “assssment of the proposals submitted” and evaluation of its “unlicensed activities.” It added that it was not influenced by external parties such as its events partner Panda Global, and that it would still be open to partnering with organizations outside of Panda. Nintendo said that it was “important that a partner adheres to brand and IP guidelines and conducts itself according to professional and organizational best practices.”

According to SWT organizers, Nintendo notified them on November 23 that they could no longer operate “without warning.” In November 2021, SWT had spoken with Nintendo regarding having a partnership and receiving a license for Super Smash Bros. events. According to SWT, Nintendo was willing to work with the organizers because they “had not infringed on their IP regarding game modifications” and “had represented Nintendo‘s values well.” The company had told SWT that its primary concern for events were game modifications.

However, SWT claimed that it had found out other organizers were concerned about joining SWT. In the organization’s words, “They told us that they had been told by Alan, the CEO and co-founder of Panda, that we were going to get shut down and were not coming back in 2022.” SWT brought this up to Nintendo in what it refers to as “sabotage.” According to SWT organizers, Nintendo reassured them that it was only looking to shut down IP infringement related to game mods. The company added that the Panda CEO does not represent Nintendo, Panda’s license is not exclusive, and Nintendo does not seek to gatekeep or trap the community.

SWT admitted that in March, it ran out of time to receive a formal license and that its application went into limbo. SWT stated that on November 23, Nintendo told the organizers that they it expects them to “only operate with a commercial license”, and that they “would not receive one for the upcoming Championships, or any activity in 2023.”

SWT made a follow-up response to Nintendo‘s statement, standing by the previous words it has made.

The Evolution Championship Series (EVO) fighting game tournament announced in February that Super Smash Bros. would not be part of this year’s tournament. Sony Interactive Entertainment (SIE) and the Endeavor-led venture RTS acquired the EVO fighting game tournament brand, along with its assets and properties, from the Triple Perfect company operated by the EVO co-founders in March 2021.

Super Smash Bros. Ultimate shipped for the Nintendo Switch in December 2018. The game includes all previous playable characters and adds new ones.