Simone Biles’s Ultimate Power Move: A Post-Olympics Tour of Her Own 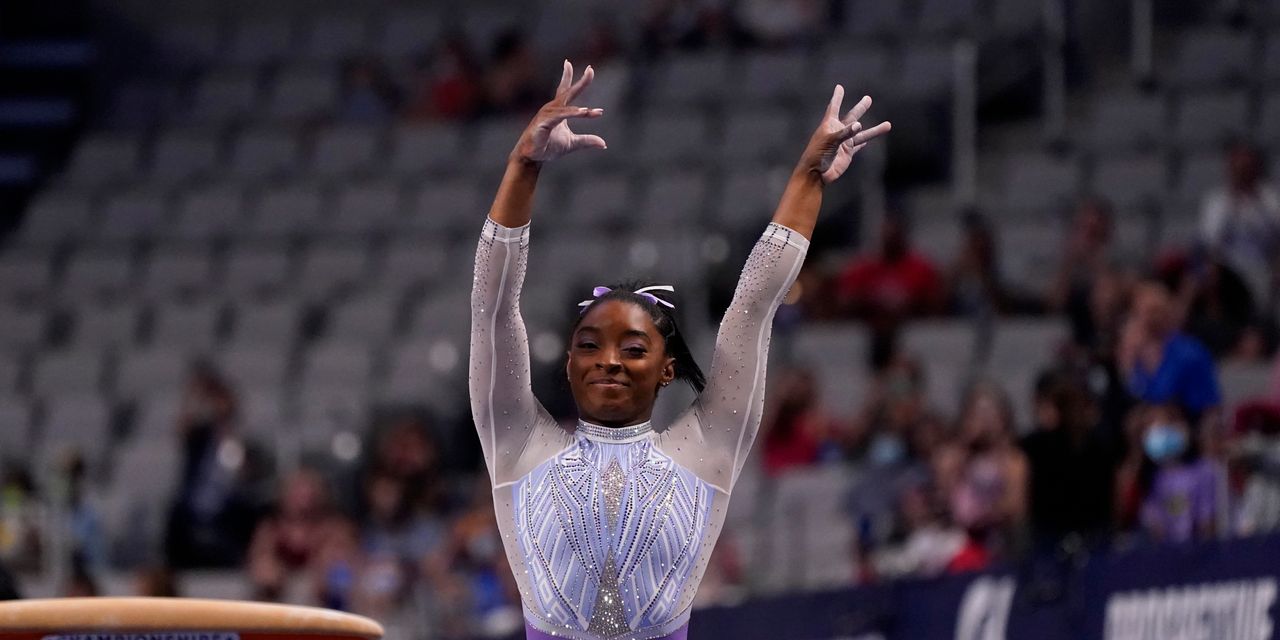 For years, the post-Olympic tour was a showcase for USA Gymnastics, a traveling spectacle of highly decorated heroines flanked by male gymnasts, rhythmic gymnasts, trampoline gymnasts and acrobatic gymnasts.

But after this summer’s Tokyo Olympics, there will be no USA Gymnastics tour. In its place will be a new one—with one clear star, and without the men.

Simone Biles is headlining her own 35-city extravaganza—the Gold Over America Tour, a not-so-subtle play on the acronym ‘GOAT’ (Greatest of All Time) associated with the Olympic and five-time world all-around champion who is now performing some of the most difficult gymnastics ever.

The 24-year-old is the face of the tour just as athletes on other blockbuster U.S. women’s teams—basketball and soccer—have sought to shape the events that used to be controlled by their sports’ governing bodies with little input from those who performed in them.

Biles announced her intention to do the tour at the end of 2019. The fact that the tour schedule was unveiled two months before any medals are awarded at the Tokyo Games—which themselves are threatened by the Covid-19 pandemic—speaks to her confidence and broad popularity.

She is bringing along some of the other elite female gymnasts in the U.S., including 2016 Olympic teammate Laurie Hernandez, and recent college women’s gymnastics stars such as Katelyn Ohashi.

Biles is also bringing her personal sponsor, Athleta, which she recently joined in a high-profile departure from Nike. Athleta is the tour’s title sponsor and is providing financial and in-kind support including in-store and online marketing.

She’s not bringing along USA Gymnastics, the embattled national governing body that she and other gymnasts are still suing over abuse spanning decades. And USA Gymnastics, which remains in bankruptcy proceedings due to the claims, isn’t attempting to stage anything to rival her. This tour is about Biles, and she has a clear idea of how she wants it to look.

“It’s just about women empowerment, having fun, and it’s going to be like an after-party celebration of our gymnastics,” she said.

And the tour won’t include the whole U.S. Olympic roster, such as the men’s team. A select all-female lineup, headed by one of the most dominant athletes in the sport’s history, is the point.

“Our tour is about a message of strong, powerful, fearless women doing gymnastics on their own terms and I think that has really resonated with the gymnastics audience,” said Lee Marshall, the tour’s producer.

Under USA Gymnastics, the tour was often fraught, including over the working conditions that came with it.

Marshall said the Biles tour had taken on board observations from gymnasts who had toured before and made adjustments to plan for more physical therapists and security accompanying the team, in particular.

“They have experience and they know what worked and what didn’t,” he said. “We listened to everyone’s point of view.”

He declined to comment on compensation for the gymnasts, saying only: “I believe we’re paying them fairly.” But it’s clear there is revenue in such tours.

The tour generated a $1.7 million profit for USA Gymnastics in 2012 and $2.6 million in 2016, and the same amount for tour partners AEG, according to financial statements and former USA Gymnastics employees. Each time the tour’s expenses were about $7 million.

In both cases, most of the profit that flowed to USA Gymnastics was then repaid as athlete bonuses, with the highest percentage going to gymnasts associated with the gold-medal-winning women’s team, the former USA Gymnastics employees said.

The Olympics are one of the few big sporting events that present men and women on nearly equal footing, in nearly identical competitions. In sports where men’s and women’s games have relatively equal marketing support, their commercial impact has been roughly equivalent, according to a December Deloitte report on women’s sports, citing tennis as an example.

Women in popular Olympic sports who can’t fully exploit the intense but fleeting attention from the Games often miss out on a significant portion of their overall earning potential. That’s because women’s professional leagues are often less established and less lucrative than men’s leagues.

After winning the 2015 Women’s World Cup, the U.S. women’s soccer team embarked on what was to be a 10-game nationwide victory tour stretching from September to December and Pittsburgh to Honolulu. The tour’s Dec. 6 game in Hawaii was canceled due to the poor condition of the artificial-turf field—shortly after forward Megan Rapinoe tore a knee ligament while practicing on it.

U.S. Soccer, which organized the tour, didn’t break out in its financial reports how much it made but it appeared to help generate a windfall. The federation had projected a $421,000 loss for the year but after the Women’s World Cup win and tour, U.S. Soccer turned a $17.7 million profit.

Two years later, the women’s team signed a collective-bargaining agreement with U.S. Soccer with new terms for a post-World Cup tour. It would be four games instead of 10—though when the women won the 2019 World Cup, the two sides added a fifth game. The pay rate per game roughly doubled from the 2015 tour, to more than $15,000 per player.

For the U.S. women’s basketball team, which carries a six-gold-medal streak into Tokyo, their push to take ownership of their Olympic-year fame envisioned a shift before the Games.

In 2018, four-time Olympians Diana Taurasi and Sue Bird were at a USA Basketball team training camp when they started brainstorming. Top U.S. players were often exhausted by overseas and WNBA play, then were called in to train hastily for the Olympics—for $150 per diems.

With USA Basketball’s support, the players landed on a plan that included a more regular training schedule and pre-Olympic exhibitions against standout college programs like Oregon and UConn. The deal paid each player in the core group that committed to the program up to $100,000.