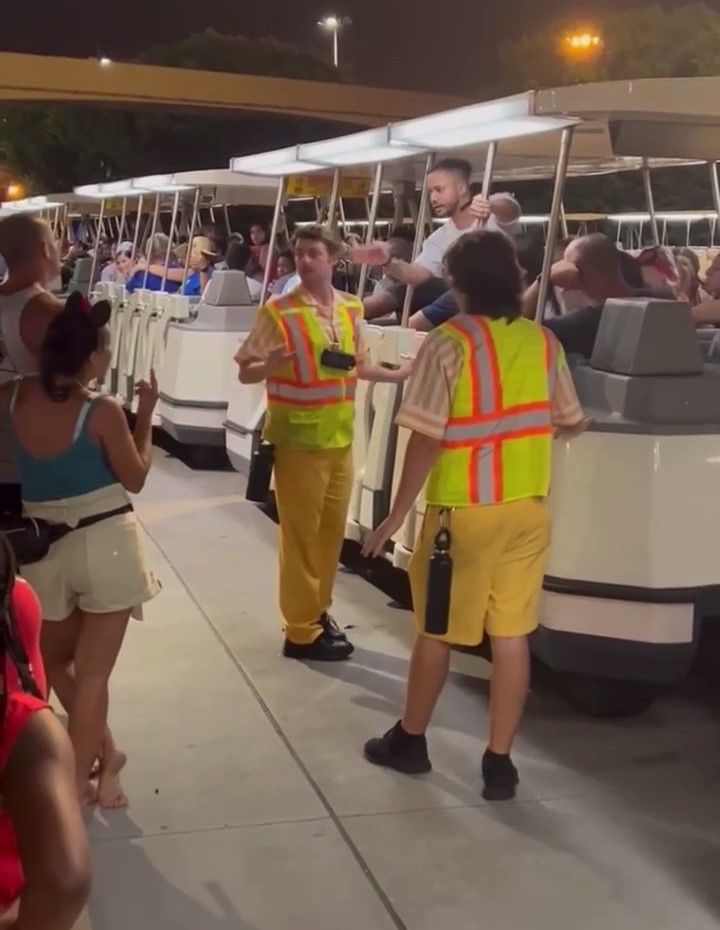 Last night a fight almost turned physical when two families got in a screaming match on the tram leaving the Transportation and Ticket Center at Magic Kingdom. It’s unknown what exactly caused this fight to erupt but two Cast Members had to intervene.

A man and a woman on the tram were fighting with an unseen person in the crowd. The tram was no doubt delayed over this incident, leaving the guests restless.

A few people could be heard shouting, “It’s not worth it,” and “Let’s go home!” It’s clear that after a long day in the parks, people can run short on patience.

The woman in the white shirt had to be held back by her family as she yelled curses at the crowd.

At one point, she slams her hands into the door of the tram repeatedly, making a very loud noise. This caused a Cast Member to confront her.

For more information on booking your next trip with our official travel agent sponsor, the Vacationeer, visit wdwnt.travel.

Take a look at the video below, submitted to WDWNT by one of our readers, Mauricio Maldonado.

This is just the most recent of several incidents taking place at Walt Disney World and Disneyland in which fights break out after tensions rise, and some have lead to severe injuries.

Hopefully everyone made it home safe from this screaming match. We’ll keep you posted as more updates become available. Until then, leave a comment and let us know what you think happened.