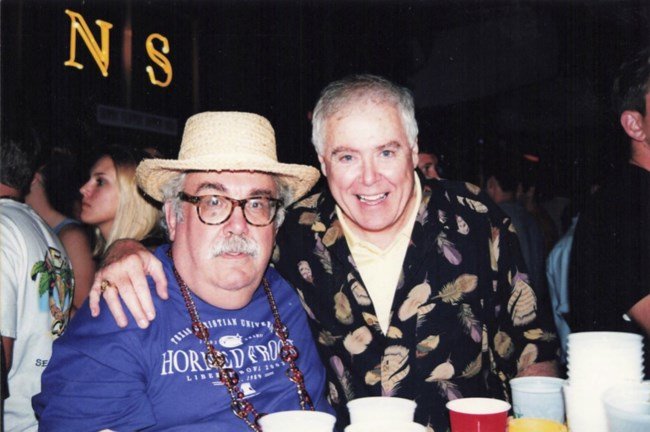 Marshall E. Murdaugh, nationally recognized as an expert on the tourism industry, passed away June 26 in South Carolina, at the age of 80. During his 1983-1987 stint with the Memphis CVB (now Memphis Tourism), he directed the roll-out of the multimedia campaign based around the slogan, “Start Something Great in Memphis,” developed in conjunction with John Malmo Advertising. That effort earned Memphis a lot of recognition, including a first-place award from the Travel Industry Association of America.

“Marshall was a consummate professional in the travel industry and a good friend of Memphis,” says Jeff Sanford, chairman of the CVB board in the mid-1980s.

Born in 1941 in Richmond, Murdaugh earned a BFA degree from Virginia Commonwealth University. After service in the U.S. Navy, his first jobs were in television, where he worked as a meteorologist and sports anchor for Richmond’s public broadcasting station and CBS affiliate. As an amateur magician, he was fond of entertaining audiences with feats of magic. He next served as public relations manager for Reynolds Metals Company. In 1971, he became the state tourism commissioner for the Virginia State Travel Service — the youngest head of a state tourism department in the country — where he worked with an advertising agency to develop and expand the well-known slogan, “Virginia Is for Lovers.”

“I was chairman of the CVB when it was being reconstituted in the 1980s,” says Sanford. “The idea to restructure our community’s tourism promotion came out of Governor Lamar Alexander’s economic development initiative called the Memphis Jobs Conference. We were searching for an experienced travel industry professional to lead the effort when my phone rang one morning. It was some young guy I’d never heard of — Marshall Murdaugh, the Virginia state tourism commissioner. We talked for more than an hour. I was so impressed I ended up recommending him to our board even though I’d never actually met him in person. And while the board considered other candidates, they, too, were duly impressed with Marshall and we hired him.”

Before he came to Memphis, the Memphis CVB had operated as a little-known branch of the local chamber of commerce. One ourcome of the Jobs Conference was a new hotel-motel tax — a 5 percent fee paid by visitors, which provided funding for the bureau to branch out on its own, opening spacious new offices on Beale Street, before it was re-developed, when the only other place open was A. Schwab. Murdaugh and the CVB staff soon began attracting national attention to Memphis, with such events as a national summit conferences featuring recognized leaders in the tourism industry, and hiring the president of the Society of American Travel Writers to write (and place) promotional stories in other publications about Memphis’ tourist attractions and convention facilities.

As the director of communications for the Memphis CVB during part of this time here, I was impressed by how much effort Murdaugh put into everything — and his ability to get other groups and businesses involved. He worked with the Memphis Shelby County Airport Authority to open a visitor information center in the main concourse; convinced tourist attractions throughout the city to install “Start Something Great in Memphis” racks holding brochures about local attractions, restaurants, and hotels; persuaded city departments to place tourist information signs on major streets directing visitors to nearby attractions; organized “ambassador” training sessions for hotel and restaurant employees so they could pass along information to travelers; and persuaded The Commercial Appeal to insert “Start Something Great in Memphis” bumper stickers in every subscriber’s copy of the newspaper — at that time, almost 200,000 copies. He even persuaded a National Geographic photographer to come to Memphis, to take all-new shots of this city’s amenities and attractions, for the CVB to use in promotions and news stories.

He was determined to spread that Memphis message anywhere and everywhere. When the CVB staff wrote letters (this was in the days before email) or even spoke on the phone, everyone was expected to end those messages by saying, “Thanks for helping us start something great in Memphis.”

As a result of these efforts, by 1987 Memphis was able to report its first-ever billion-dollar revenues from tourism, and the International Association of Convention and Visitors Bureaus cited the Memphis CVB for “outstanding achievement.”

In 2012, he published a book, Destination Marketing Insights, and made it a point to return to Memphis almost every year for Memphis in May. According to Sanford, in the 1990s Murdaugh even purchased a townhouse Downtown to keep his ties with Memphis. His travels also included journeys to Africa, India, Peru, and Australia.

Marshall Murdaugh retired to Little River, South Carolina, in 2019 with his wife, Vivian. Last month, he was laid to rest in Myrtle Beach Memorial Gardens Veterans Cemetery in North Carolina.