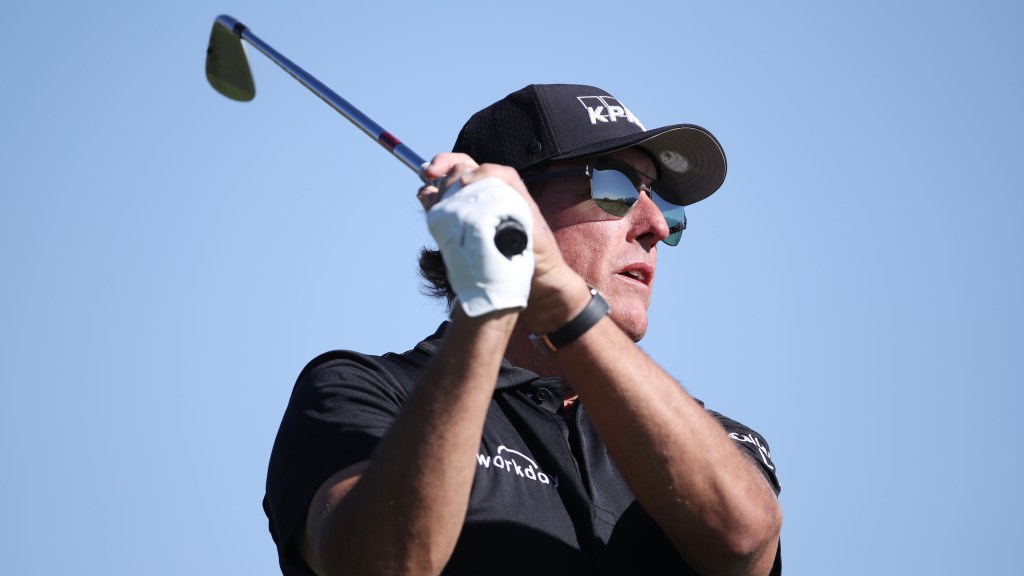 He’ll try to make history next week when the tour visits Tucson: no golfer has ever won the first three tournaments he entered on any of the PGA Tour-sanctioned tours.

On Friday, Mickelson beat the entry deadline and will tee it up in the Cologuard Classic at Omni Tucson National. Mickelson confirmed to Golfweek via text that he will be playing in the event.

Tom Lehman, who won the event in 2017, and World Golf Hall of Fame member Fred Couples have also committed to the event. Defending champ Bernhard Langer is playing, as is Mark O’Meara, Steve Stricker and Cologuard ambassador Jerry Kelly.

In many regards, Mickelson will be on familiar turf, as the former Arizona State standout has made many visits to Tucson over the years.

In 1991, Mickelson won the Northern Telecom Open in Tucson as an amateur. He remains the last amateur to win a PGA Tour event. He later won two other PGA Tour events in Tucson, in 1995 and 1996. Last November, he teamed up with Charles Barkley at Stone Canyon Club to defeat Peyton Manning and Steph Curry in the Match III.

In college Mickelson’s ASU team had several battles with in-state rival Arizona, a team with Jim Furyk on its roster. Furyk has also committed to the Cologuard and will be playing it for the first time, having turned 50 after the 2020 version took place.

In 1992, Furyk and his Wildcats won the program’s first team national title at the University of New Mexico golf course, and had to deal with ASU a few times along the way.

“That year, the two best teams in college golf were Arizona and Arizona State,” Furyk said on Wednesday after a practice round at the Genesis Invitational near Los Angeles. “We battled them out in Regionals and then battled them in the NC-2-As, so to beat your rival, a team that had Phil Mickelson, at the time the best college player in the country … to battle them and win the national championship. … yea a lot of good memories.”

Furyk also won his first two times out on the Champions tour but Mickelson will look to one-up him. Again.

“He won at three individual (NCAA) titles and they (ASU) also won a team title while he was in school, so I think he’s kinda upped me a little there,” said Fuyrk. “It’s tough to dig in and needle on that one.”

Former major league pitcher John Smoltz is also in the field. He’ll play the event for the third year in a row on a sponsor exemption.