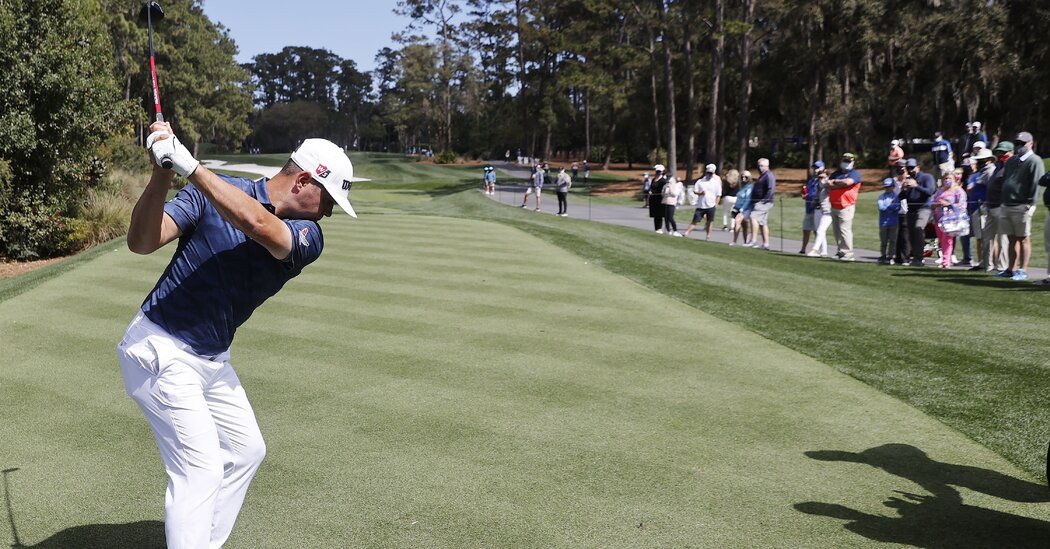 PONTE VEDRA BEACH, Fla. — After eight months of hosting events without fans, the PGA Tour recently began cautiously welcoming back a limited number of spectators to its tournaments. This week, at the celebrated Players Championship in northeast Florida, the tour will take a leap with as many as 10,000 fans on the grounds, the most for any event this year.

A crowd of that size, however, poses a predicament for golf that sets it apart from most other sports, in which the spectators are generally confined to grandstands or at least enclosed within a stadium or arena. Golf has the advantage of being an outdoor sport contested across hundreds of acres with plenty of open space, and it has instituted numerous safety protocols during the coronavirus pandemic.

But previous tour events this year have shown that thousands of fans who are used to walking from hole to hole will ignore social-distancing guidelines and will be prone to gather shoulder-to-shoulder around the leaders of a tournament during the pivotal final holes on a Sunday afternoon.

Last week at the Arnold Palmer Invitational — which permitted about 6,000 fans, the largest crowd so far — a throng eagerly followed Bryson DeChambeau as he closed out a victory. Scores of spectators, especially those holding a beverage in one hand, had removed the face masks that tournament officials mandated on admittance.

Signs around the grounds of PGA Tour events this year have prodded fans to wear masks and stay six feet from one another. Hundreds of on-course volunteers remind the spectators of the requirements, but as golf continues to exit its fan-less experience — the Masters tournament next month will welcome an undefined number of fans, and the P.G.A. Championship in May said it would allow 10,000 fans — the sport will have to continue to find ways to control a crowd used to migrating around a course with few restrictions.

On Tuesday, Jay Monahan, the PGA Tour commissioner, said there had been efforts to devise new strategies for the Players Championship, which in past years has sold more than 45,000 tickets daily. He also said that because the T.P.C. Sawgrass golf course was built in the style of an amphitheater, with hillsides rising around holes to offer multiple vantage points for spectators, it should naturally dilute the crowds. The stadium-style setting can also lead to an atmosphere as raucous as one that might be found in the outfield bleachers at a Major League Baseball game.

Monahan attended the Palmer Invitational and admitted that he saw fans disregarding the mask requirement. Asked how an event, and its volunteers, can impose what may be an unenforceable rule, Monahan answered, “You do the absolute best that you can.”

He added: “We continue to stress the importance of it. I’ve been encouraged by the number of people that have been wearing masks. And while I have seen some that aren’t, we want everyone to be wearing masks and we’re going to continue to reinforce that.”

The players tend to see the return of spectators at golf events as an especially welcome development — with some reservations.

“We’ve missed them,” Jon Rahm, the world’s second-ranked player, said Tuesday. “But at the same time, I want everybody to be safe. I’ve known of too many people personally that have been affected by the virus, and I wouldn’t want anybody to go through that and lose loved ones because of it.”

For his brethren trying to protect themselves from possible exposure to the coronavirus during a tournament, Rahm had a suggestion based on the fact that players do not usually come into close contact with fans unless they hit a wayward shot.

“Keep it in the fairway,” he said.

Rory McIlroy, who is the reigning champion at the Players even though his victory came in 2019, wondered if the change golf is going through right now paralleled what other parts of American society have been experiencing.

“The idea is great, but then when you actually start to live it, it’s like, ‘Whoa, maybe this is a little too soon.’”

McIlroy had a final thought. Recalling that the PGA Tour shut down all its tournaments almost exactly a year ago, one day after the opening round of the Players Championship, he said: “Certainly, everyone is looking forward to the day when things can go back to where they were pre-the 2020 Players Championship.”