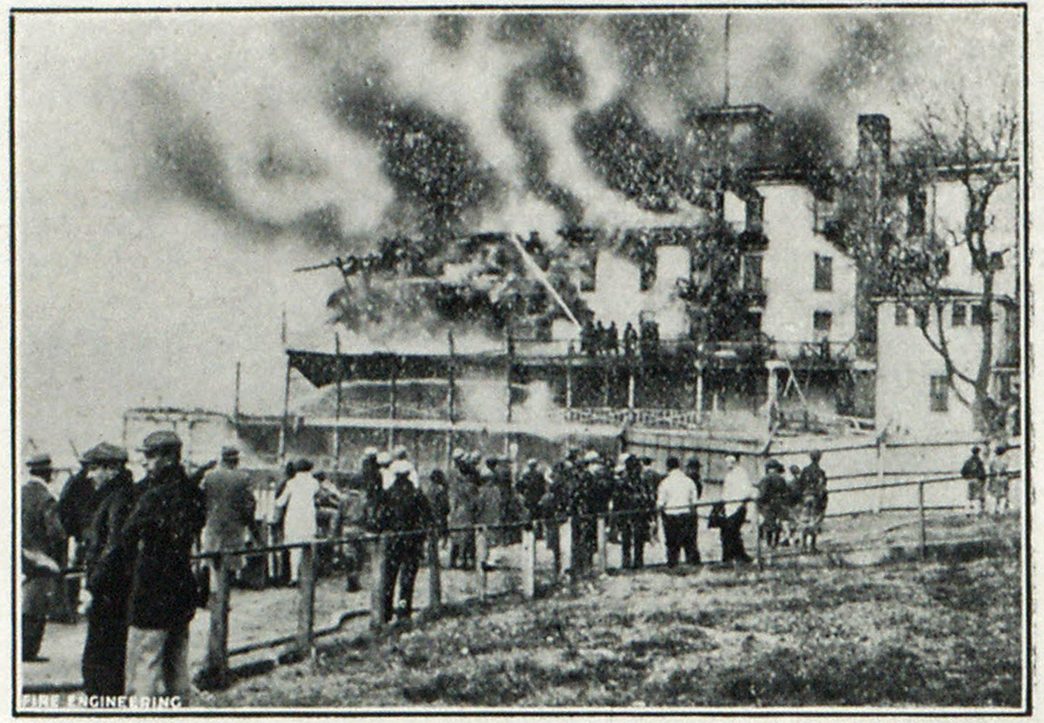 If ever the judgment of the New York Fire Department was vindicated, it was at the fire which partially destroyed the ancient Fort Lowry Hotel on the shore of Gravesend Bay, Brooklyn, New York City, at about eight o’clock on Sunday morning March 13th.

For several years, the New York Fire Department tried by every honorable means to have the four-story frame hotel vacatedas a hazard and a risk; or instead equipped with automatic sprinklers, interior fire telegraph alarm and communication to the city fire department, and adequate fire escapes added.

The owners of the hotel fought the “vacate order” and then resisted the order to install the fire protection equipment. Litigation followed and a long, drawn-out wrangle dragged through the courts over a period of two years. The hotel proprietor obtained an injunctive relief restraining the fire department officials from enforcing the orders for the necessary fire protection equipment.

Finally, after considerable red tape and delay, the Supreme Court of Kings County (Brooklyn) upheld the then Fire Commissioner Drennan. Sprinklers and a fire alarm system were installed and the fire escapes were added.

It was the sprinklers that saved the structure from total destruction, although at that the fire reached fifth-alarm proportions and resulted in the loss of one life—a woman who had been out, but returned to recover some personal belongings. She escaped the second time, returned again, was overcome and died in the building.

There were approximately 150 persons in the hotel at the time. The fire originated in a room on the first floor and extended to the second, third and fourth floors and through the cockloft and cupola. The sprinkler system in the first instance helped to hold the fire somewhat. The fire department did the rest.

The hotel was built before the Civil War. It was, it its heyday, a fashionable summer resort and extended beyond the shore line of Gravesend Bay, once the resort for sporting folk, especially in the days of the old Gravesend race track. During the progress of the fire, Deputy Chief Patrick Maher, who was off duty, and lived nearby, took a hand in combating the flames. He was serious burned by a back draught.