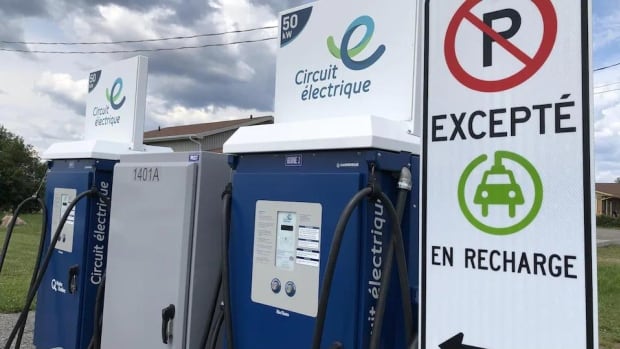 Montreal Mayor Valérie Plante says the city is going electric, investing $885 million over a three-year period into public transportation, municipal vehicles and charging stations so anyone with a battery-powered vehicle can plug in.

“When we look at the sectors that emit the most greenhouse gases, transportation is at the top of the list,” Plante said on Monday.

The city’s shared-bicycle service, Bixi, will have 2,100 electrically assisted bicycles within three years. Currently, 20 per cent of Bixis — roughly 1,900 — offer electrical assistance, allowing users to reach destinations faster and with less effort, the city says in a statement.

People with electric vehicles can expect more public charging stations to be installed, too. Since 2014, the city has added about 1,000 stations, and 1,000 more are planned by the end of 2025.

In addition, the city will support businesses with installing private charging stations while taking measures to facilitate home charging in multiplexes, the statement says.

Within its strategy, the mayor said there are measures such as giving a reduced price at parking metres and when buying residential stickers for the year. She said electric vehicles will have priority parking in some metered areas.

The city will replace its subcompact vehicles at the end of their useful life with similar electric models, the statement says, and it will work to replace any other vehicles with electric or more eco-responsible models.

In its climate plan, the municipal administration has set the objective of ensuring 47 per cent of its vehicles are electric by 2030.

“It’s a bit like an electric shock that we give to our electrification strategy,” said Plante on Monday.

To achieve the goal of electrifying much of the city’s vehicles, Montreal is partnering with several organizations, including Hydro-Québec and the STM.

The STM has set a goal of acquiring only electric vehicles by 2025, reducing greenhouse gas emissions to zero by 2040. The transportation service already has nearly 500 hybrid buses.

In addition to the fast-charging electric buses operating on line 36 Monk, the STM is looking to acquire 30 long-range electric buses and several mid-size buses.

STM chair Philippe Schnobb said most of the city’s $885 million investment will go toward its new fleet.

“We will welcome 30 slow-charging buses, which will charge at the Stinson transport centre,” he said, noting that centre needs investment to accommodate the new fleet.