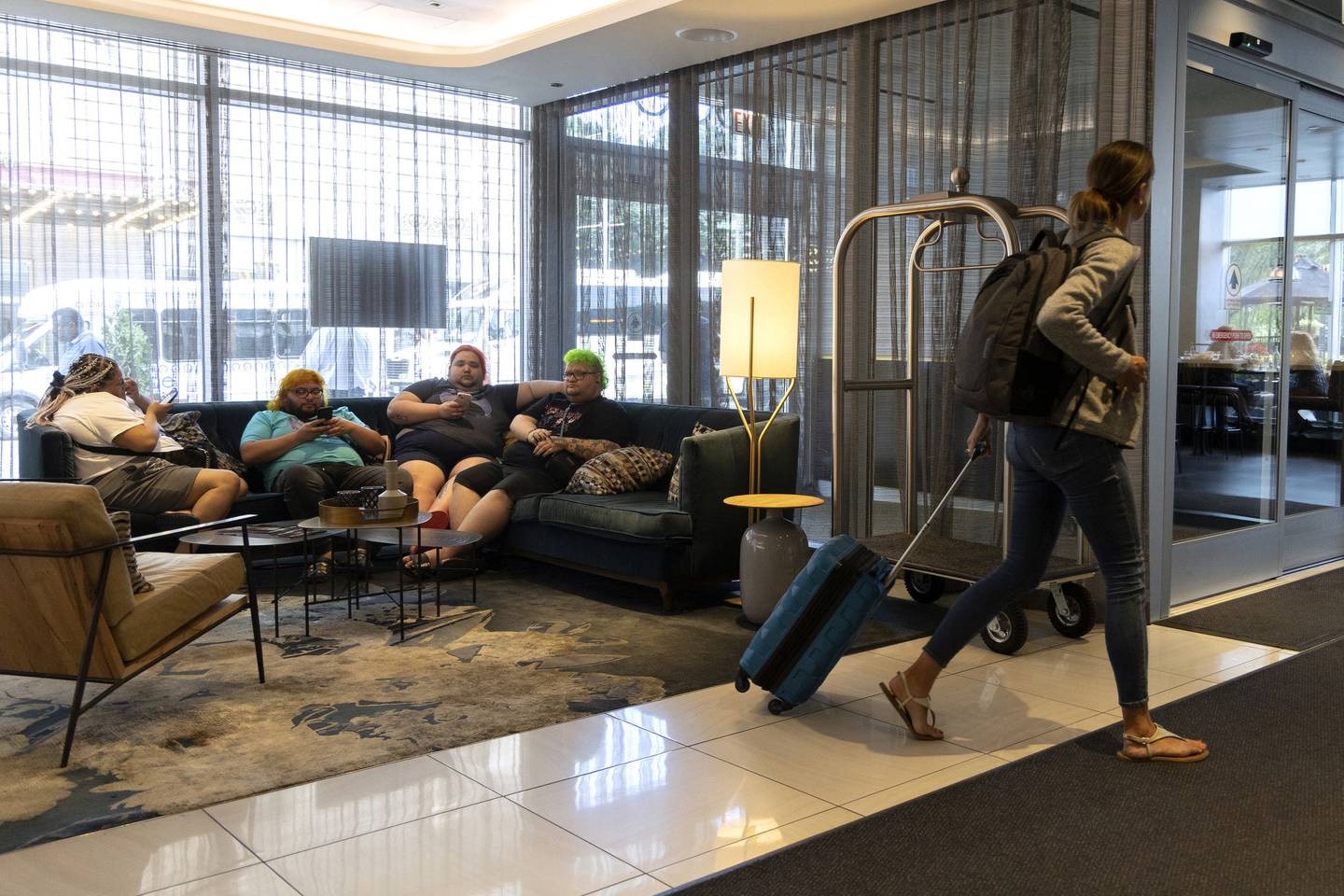 Lollapalooza is back, and for downtown Chicago hotels it’s one of the best weekends of the year. The jolt of energy provided by the massive Grant Park music festival is especially welcome this summer, more than two years into a crisis that sent revenues plummeting and led some debt-ridden hotels into foreclosure.

It’s already been a great summer for the hospitality industry. Tourists returned in big numbers when the weather improved and seem willing to pay high rates for their rooms, finally fattening the bottom lines of long-suffering hotels.

“There is no question this has been a summer on par with 2019, and Lolla may put us over the top,” said Maverick Hotels and Restaurants CEO Robert Habeeb, the proprietor of the 223-room Sable at Navy Pier. “We are picking up 60 to 70 rooms a day.”

Chicago officials said they expect around 100,000 people will descend daily on Grant Park for the four-day festival starting Thursday to hear headlining acts such as Green Day, J. Cole, Dua Lipa and Metallica.

But the thousands of out-of-town visitors won’t help downtown hotels heal all the damage inflicted by the pandemic. Most still depend heavily on business travelers when tourist season ends in the fall, and with many offices still largely empty, no one knows when that type of travel will return.

“That’s a question that all urban markets in the country, and throughout the world, are asking,” said John Rutledge, CEO of Oxford Capital Group, which runs a portfolio of luxury downtown hotels including LondonHouse, The Godfrey and Le Méridien Essex.

If business travelers don’t return in big numbers, hotel lobbies may get quiet again, and falling revenues could mean more trouble for hotels facing foreclosure. This month, Wells Fargo Bank took control of the 610-room JW Marriott Chicago hotel with a winning bid of nearly $251 million during a foreclosure auction. And a county judge ruled Palmer House Hilton Chicago owner Thor Equities defaulted on its $333 million mortgage for the 1,641-room hotel at 17 E. Monroe St., setting up another foreclosure sale.

Other downtown owners are delinquent on loans, and more foreclosures could be ahead, although the properties will almost certainly continue as hotels, according to Stacey Nadolny, Chicago-based managing director of HVS, an industry consultant.

“Some hotels are doing well, and some are still struggling, partly due to debt structures put in place prior to COVID-19,” she said.

“We are closing the gap with 2019 at several of our Chicago assets,” Rutledge said. “Our experience is that Chicago is recovering very nicely, and we definitely are seeing a strong demand across the board in what I call luxury or lifestyle spaces.”

That’s not necessarily true for others, especially many lower-cost hotels, where recoveries from the two-year crisis are “hit or miss,” he said.

But with musicgoers crowding into so many rooms, for now, business is booming.

“The good news is that things are looking up, and the market is showing strong signs of recovery, and Lolla is typically one of the highest occupancy weeks of the year,” Nadolny said.

Downtown hotels got off to a great start this summer, she added. Occupancy surpassed 78% in June, a big jump over last June, when lingering COVID-19 worries kept most rooms empty, but below the 88% recorded in June 2019. And for the week ending July 16, occupancy hit 83.3%, the highest number in three years.

Perhaps even better news for downtown Chicago hotels is that guests are willing to pay more. The average daily rate in June was more than $285, up from $257 three years ago, according to Nadolny, citing data from STR, a data analytics firm.

Inflation played a role in pushing up room rates, as did rising wages and benefits for scarce hotel workers, but it’s also a sign of just how badly people want to travel after vaccinations and treatments for COVID-19 dispelled fears about taking trips, according to Rutledge.

“If there isn’t demand, you can’t raise the rates,” he said.

Convention travelers, another pillar of the downtown hospitality business, also show signs of returning. More than 1.3 million people attended conventions and events at McCormick Place in the past year, according to Cynthia McCafferty, a spokesperson for the Metropolitan Pier and Exposition Authority, the municipal corporation that owns Navy Pier and McCormick Place.

That’s relatively low, but MPEA officials forecast attendees will double over the next year to more than 2.6 million. Several June meetings came close to attracting pre-pandemic crowds, and the International Manufacturing Technology Show — one of McCormick’s mainstays — estimates more than 100,000 attendees for its September event.

“These numbers reflect the normalization of travel,” McCafferty said.

Whether corporate travelers will start flying back in big numbers for meetings with colleagues and clients, instead of staying home and doing business online, is still a mystery.

“There is no doubt that Zoom is here to stay, and will forever alter the landscape,” Rutledge said. “But we are seeing some early, promising signs of growing business travel.”

He estimates business travelers are about 60% back this year, and many increasingly combine work and leisure, extending their stays to visit family, see the sights or just take it easy. It’s a new form of travel called “bleisure,” and could provide hotels with a further boost.

“Our booking trends (for business travelers) is looking very comparable with 2019, maybe a little bit softer,” he said. “That’s encouraging, but we shouldn’t kick back and think we’re out of the woods.”

High energy costs are still a problem, and staffing shortages could cause delays at airports or spoil some evenings at restaurants, souring corporate clients on travel, he added.

But hotel foreclosures are a problem for owners, investors and lenders, not guests, Nadolny said. Buyers may swoop in and pick up properties for low prices but will almost certainly keep them as hotels.

“From the guests’ perspective, they may not see any changes at all, even the brand, and the staff might not notice either if the management company remains in place,” Nadolny said.

What guests will see, at least for Lollapalooza weekend, are high prices, with rooms averaging $300 per night and luxury rooms costing more than $400.

“Guests should expect to pay a lot more than they did last summer,” she said. “That’s awesome for the hospitality industry, but I hope people have made room reservations already.”