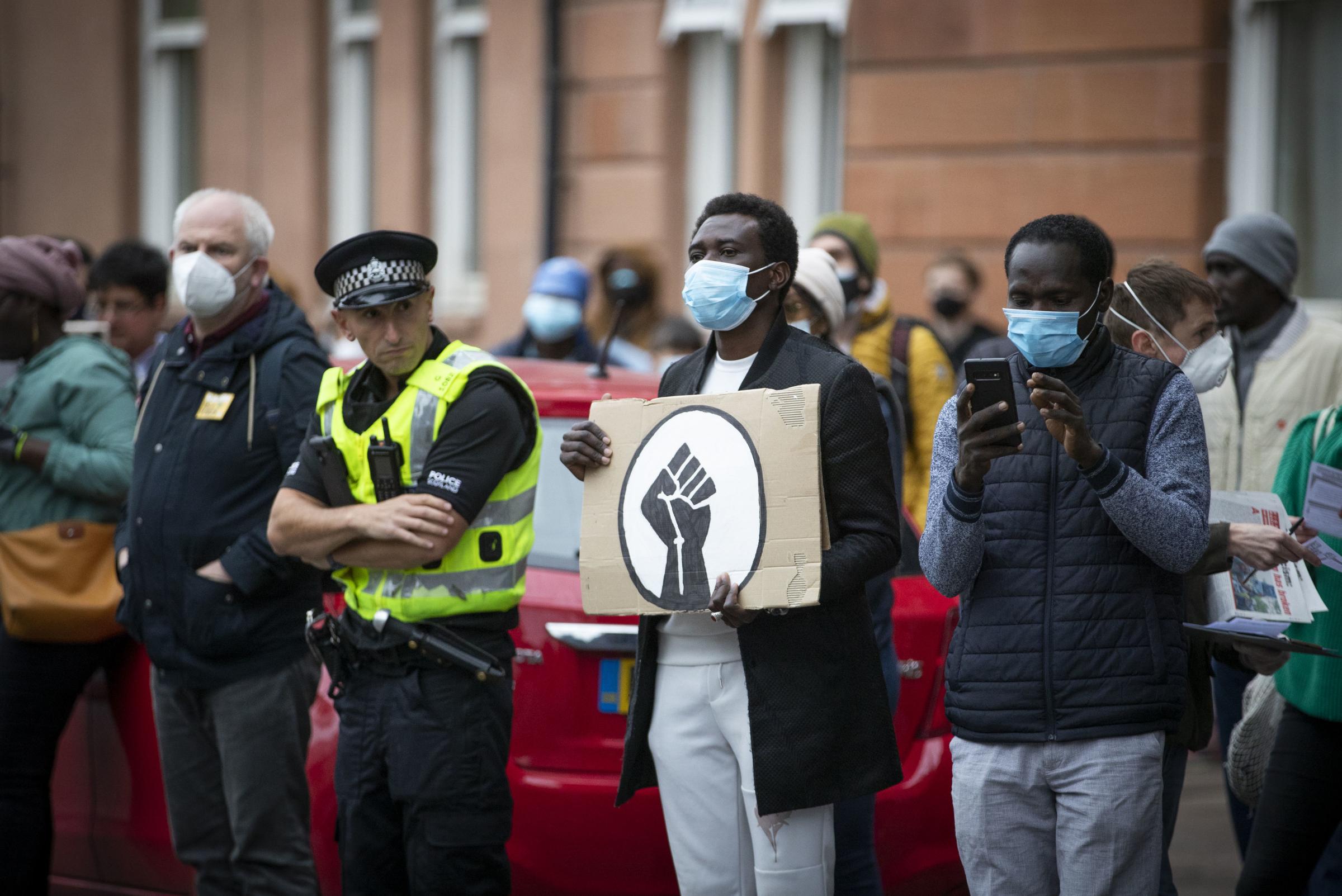 A SURVIVOR of the Park Inn attack has urged the UK Government to give asylum seekers the right to work.

Adam, who was shot dead at the scene, was amongst those placed in the hostelry by Home Office accommodation contractor Mears at the outset of the pandemic.

Social worker Ishmail (whose surname The National has agreed to omit from the article) was one of those required to stay at the city centre site.

Residents there had been moved from private flats. Their £5.66-per-day allowance had been stopped in the switch to hotel meals and many spoke out about the loss of liberty.

Eight months on, he has joined the Lift the Ban campaign which aims to end the employment block on asylum seekers and leaves them reliant on meagre state support.

Ishmail, a member of the Maryhill Intergration Network (MIN) Voices group which supports people with experience of the asylum system, said it “took the grace of God” for himself and others to escape the Park Inn attack.

Linking employment rights to stability and security in the UK, he went on: “I never knew what was going to happen. That’s a day I will never forget.

“What will make me feel like I’m safe is when I’m not an alien.”

More than 180,000 people have signed a petition backing the Lift the Ban campaign. It’s suggested that making that change could benefit the public purse by £98 million a year in increased tax take and reduced support payments.

Ishmail was speaking at the launch of a new campaign animation by MIN Voices. It tells how even asylum seekers with skills on the UK’s shortage occupation list are unable to use these here.

It states: “Crops need to be harvested or they shall just wither and die. How would you feel if your skills went to waste?”

Amongst those to address the online session was a Congolese health and social care student who has been trapped in the UK asylum system for 15 years.

Referring to the strain on the public sector during Covid, Ishmail said: “There are a lot of asylum seekers who have the required skills to give back to humanity.

“I’m a social worker, I want to serve humanity.”

He went on: “We are not here to compete. We are here to add value to the community.”