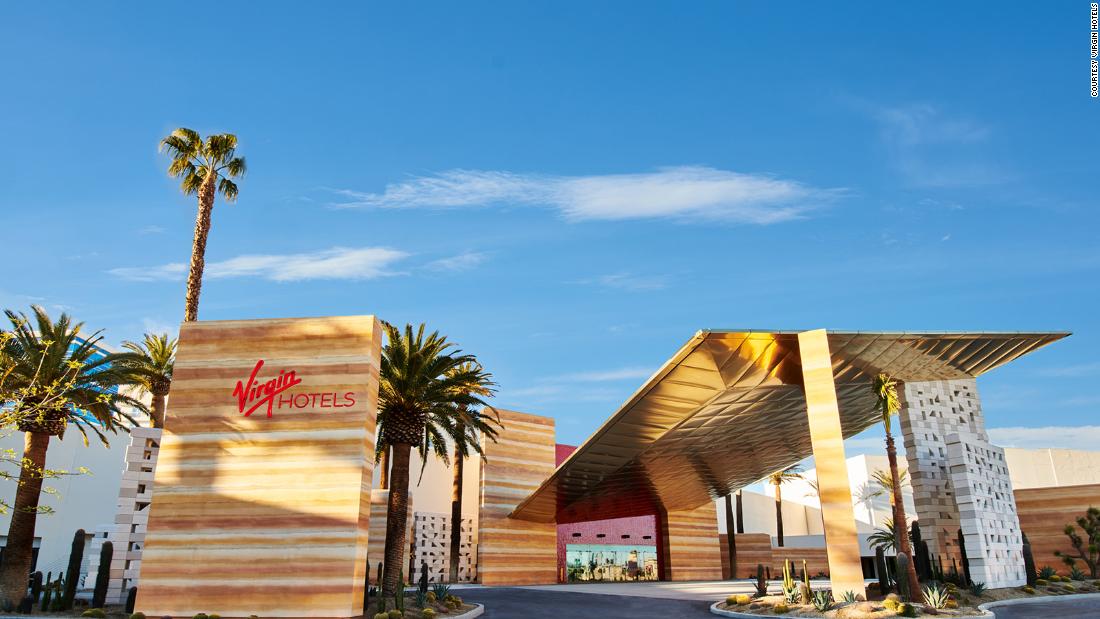 (CNN) — More than a year into the Covid-19 pandemic, this desert city is looking bigger, bolder and better than ever.

New casino resorts, innovative restaurants, expanded convention space and one-of-a-kind cultural destinations characterize the latest iteration of Las Vegas, which continues to reinvent itself in the face of adversity.

Sure, the town has struggled like every other tourist destination during the first year of the pandemic. Recent figures from the Las Vegas Convention and Visitors Authority (LVCVA) indicate that visitor volume has dropped nearly 54% since February 2020, and some older casino resorts have not reopened after closing their doors last spring.
Overall, however, Vegas is healing thanks to the resuscitation of old standards and a transfusion of new blood. The city is ready for more visitors as ramped-up vaccinations make travel less risky for many Americans.

“There’s not only pent-up demand for travel, there’s pent-up demand for the unrivaled Vegas experience,” said Lori Nelson-Kraft, senior vice president of communications for the LVCVA. “We anticipate visitation to Vegas growing stronger with each passing month.”

Any discussion of the latest and greatest in Las Vegas must start with the city’s newest casino resorts.

This property has more than 1,500 rooms, a 60,000-square-foot casino, a 4,500-seat concert hall and an expansive pool area with a resort pool, a Mykonos-themed day club and an event lawn. While the resort retained Nobu and some of the same restaurants as its predecessor, it also added a lineup of new ones, including One Steakhouse from brothers David and Michael Morton.

If these aren’t enough reasons to check out the new resort, Richard “Boz” Bosworth, president and CEO of parent group JC Hospitality, noted that Virgin has no resort fees, free parking and free Wi-Fi, all rarities in this market.

“We really wanted to establish ourselves from the beginning as doing something totally different,” he said. “I think we’ve achieved that goal.”

The pool at Circa Resort & Casino is called Stadium Swim.

This 35-story, 777-room resort represents the first new casino in downtown Las Vegas in more than 40 years. The highlights: an iconic steakhouse, one of the largest and most spectacular sports books in town and a pool deck with stadium-style lounging terraces. (The pool actually is called “Stadium Swim.”)

Circa is the brainchild of Derek Stevens, a casino magnate who also owns Golden Gate Hotel & Casino across Fremont Street and the D Las Vegas a few blocks east. Stevens was the first local hotelier to put a Bitcoin ATM on his casino floor (at the D). He was one of the first casino operators to open sports books 24/7. Most nights, he dons a shiny blazer and spends a few hours hanging out with customers at his bars.

When the pandemic caused Las Vegas to shut down last March, Stevens said his lenders became concerned about how the shutdown would affect progress on the project. Then, in April, his project manager presented him with an unexpected choice.

“Downtown was a ghost town, nobody was around, and [the project manager] comes to me and asks, ‘We can probably work on this thing day and night and open ahead of schedule; is that something you’d want us to do?’ ” Stevens remembered. “Of course, I said yes. And we did it. We were able to open two months earlier than planned, get the cash flow going, and work out kinks in the operation. All in the middle of a pandemic.”

While new casinos represent the most exciting developments in Las Vegas over the past year, the city has debuted other attractions during the pandemic as well.

First, in December, the LVCVA completed a $989-million expansion to the Las Vegas Convention Center that adds 1.4 million square feet of new space to the existing 3.2-million-square-foot campus.

The new digs, dubbed the West Hall, sit on Strip-side real estate formerly occupied by the Riviera and Landmark hotels, and boast 328,000 square feet of column-free space, the largest such space in North America. The facility will officially open to the public this June at the World of Concrete, the first large-scale convention to return to Las Vegas since the shutdown.

This new meeting space connects to the existing convention center via the Convention Center Loop, a $52.5-million underground tunnel system designed and built by The Boring Co., one of the many business entities owned by billionaire Elon Musk.

The pedestrian shuttle will whisk convention attendees from one facility to the other in two one-way tunnels 40 feet beneath the ground. The chariots: all-electric Tesla vehicles that will run at speeds around 35 mph.

The city has approved plans to expand the Loop throughout the destination and connect the convention center with Strip resorts and the airport. No timetable has been announced yet.

On the west side of Interstate 15, a new attraction named AREA15 bills itself as an “experiential entertainment district” and features live events, monumental art installations, extraordinary design elements, immersive technology, retail, bars, eateries and more.
This destination opened in September but welcomed its most high-profile tenant in February when arts and entertainment firm Meow Wolf launched Omega Mart, a wacky supermarket-like experience that is one part art gallery, one part theater and one part vision quest that will leave you feeling like a character from Alice in Wonderland.

Area15 is a new entertainment district on the west side of I-15.

Put differently, AREA15 CEO Winston Fisher said he sees his new venture as a “content box” where visitors can come for “memory creation” and an outing they can’t get elsewhere in town.

“We have created this imperfect space with a mishmash of incredible art and interactivity that comes together and just hums,” he said. “These days, originality is important, and that happens to be something we do well.”

Surprisingly, the food scene in Las Vegas has grown during the pandemic.

Trees, a James Beard award finalist last year for his work at Esther’s Kitchen in the city’s Arts District, opened Al Solito in the suburban neighborhood of Tivoli Village as a place for Las Vegas residents to get classic Italian dishes such as the chicken parmesan and rigatoni alla vodka they might find on the East Coast.

“For a lot of my customers with ties to the East Coast, the food [at Al Solito] is like the stuff their grandmother used to make,” said Trees. “In a lot of cases, these are people who haven’t gone out to a restaurant in a year. They’re ready. They’re resilient. They’re hungry to get back to lives they had before.”

Other notable additions to the dining scene in and around town include Din Tai Fung, a dumpling-and-noodle house at Aria that is famous for its Shanghai-style soup dumplings filled with Kurobuta pork; Delilah, an Art Deco-themed supper club at the Wynn; Vegas Test Kitchen, a pop-up restaurant incubator in downtown Las Vegas; and Milpa, a healthy Mexican restaurant near Spring Valley with hearty roasted vegetable bowls, tetelas and tacos.

Even more new eateries are on the way.

In May, when the Las Vegas Pinball Hall of Fame relocates to the Las Vegas Strip north of the “Welcome to Fabulous Las Vegas” sign, it will feature a food truck park.

Out near Chinatown, chef Brian Howard, owner of the popular Sparrow + Wolf, soon will open two new casual concepts: a fancy rotisserie fowl shop named Half Bird and a modern raw bar named Sea You Soon. The former will serve up everything from Peking duck sandwiches to hot chicken katsu, while the latter will feature oysters from all over the world, toasts and carpaccio tartare crudo.

Finally, later in the year, chef and (sometimes polarizing) restaurateur Nusret Gökçe is expected to open a Las Vegas outpost of his Salt Bae steakhouse in The Park between New York-New York and Park MGM.

The trend toward development in Las Vegas isn’t stopping any time soon.

This property, situated northwest of Wynn and Encore, is scheduled to open this summer, and will feature an Asian theme. It also will feature several standout food and beverage options, including a Singapore-style Hawker food market (with a restaurant from Trees) and an outpost of Wally’s Wine and Spirits, a celebrity favorite wine bar with locations in Beverly Hills and Santa Monica.

Also coming: The Majestic, a new non-gaming, non-smoking project on six acres that sit practically across the street from the convention center’s new West Hall. When this property opens in 2024, it will include a five-star hotel, an open-air piazza with five restaurants, a spa and more.

The lesson here is simple. No matter what the world throws at humanity, don’t ever bet against Las Vegas.