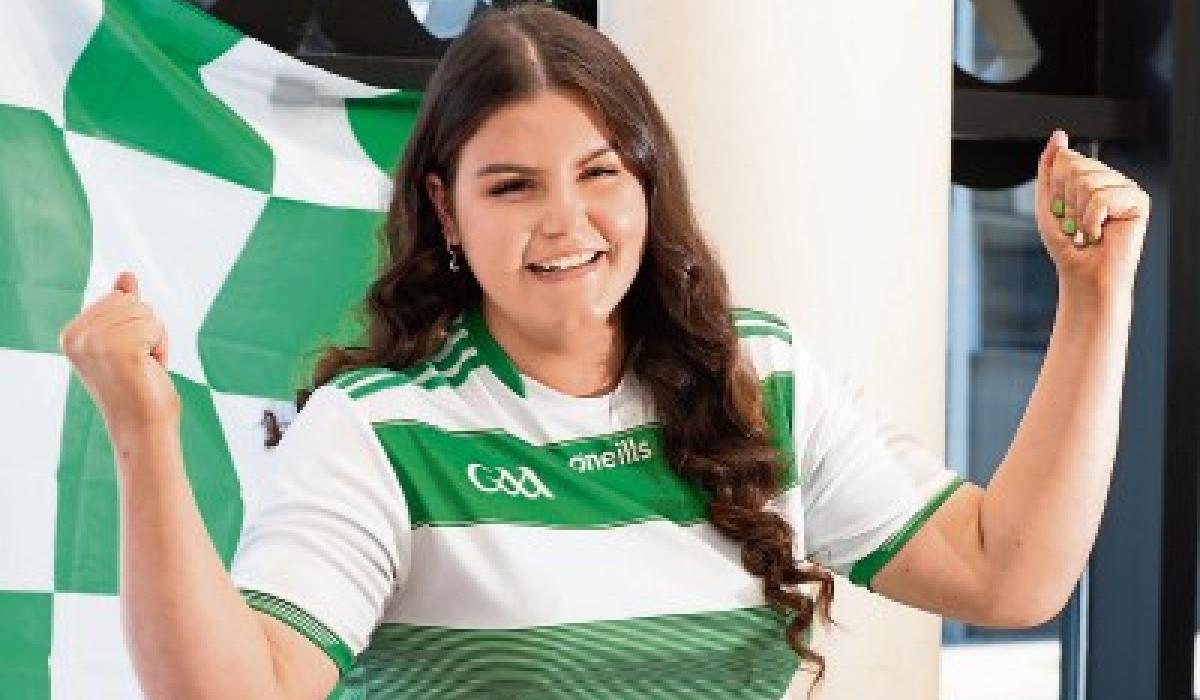 DESPERATE Limerick hurling fans would have sold their soul to the devil for an All-Ireland ticket but one young woman gave hers away due to her generous spirit.

Massive Limerick supporter, Shauna Cunneen Bilbow, was thrilled to get a ticket on the eve of the match between Limerick and Cork. She headed up on the train with her friend Lucy O’Connor.

Shauna, from Corbally, said they went straight to Croke Park after arriving in Heuston Station.

“I saw this man who had a sign saying ‘tickets wanted’. I walked past him. We were walking around just looking for the entrance to the Cusack Stand. I walked back and I saw him again.

“There were Cork supporters looking for tickets but he was the only Limerick supporter I could see. I had only got my ticket on the Saturday evening so I decided to give him my ticket,” said Shauna.

The 20-year-old approached the elderly man and offered her ticket. He must have thought all his Christmases came at once as tickets were as scare as hens’ teeth. The country was scoured from Malin to Mizen in an effort to gain entry to the 40,000-capacity stadium due to Covid.

And here was this girl just strolling up to him and offering him her ticket.

“He didn’t say anything for a few seconds and then he was like, ‘Of course’. His first instinct was to take out his wallet. I know that so many people would have told him €500 or €600 but I said, ‘No, you don’t have to give me anything’,” recalled Shauna.

Then in the traditional Irish way – while the place was teeming with fans – one person was trying to pay while the other was telling them to put their money away.

“He had tears in his eyes. He was just so happy. He wanted to give me money but I told him, ‘I didn’t want any money for the ticket’ but he wasn’t going to take the ticket without giving me money.

“The Cusack Stand tickets were €90 and he wanted to give me €90. I wouldn’t take it. Eventually he said he wouldn’t take the ticket until I took the money. He gave me €100 but I gave him €20 back to have a pint later after Limerick won,” said Shauna.

Off he went into the Cusack Stand while Shauna retired to a local hostelry to watch the match.

Shauna said it all happened so fast that she never asked the Limerick man his name.

“He had a green polo shirt and one of those green and white plaits. I don’t know how many more All-Irelands with Limerick in the final I will see but surely I will see a good few more than him. It was just nice to be able to give him the ticket,” said Shauna, whose parents are Karen and Vincent.

“My dad is a Mayo man so he is hoping to get a ticket for the All-Ireland football final,” said Shauna, who is trainee hairdresser. Well if anyone deserves it, it is him after he and Karen raised such a kind-hearted daughter.

The story only came to light after Joan Condon, Pallasgreen, was getting her hair cut in the Bellissimo Academy. Understandably, the conversation turned to Limerick’s win and Shauna told her about her near match experience.

Joan then contacted the Leader to highlight Shauna’s kindness.

“I couldn’t believe her goodness. It was unbelievable. Those tickets were like gold dust and to just give it away like that – it was such an incredibly kind thing to do. She said she couldn’t pass him. I told her you’ll get your reward for this,” said Joan.

Her dad will be hoping he gets the good karma of a ticket in the Cusack Stand on All-Ireland Football Final day when Mayo aim to break the curse against Tyrone.

If you were the recipient of Shauna’s generosity do get in touch with the Leader on 061 214503 or email news@limerickelader.ie

The Kushaqua: A series of failed inns, a golf club, a convent, and a seminary devoured by flames