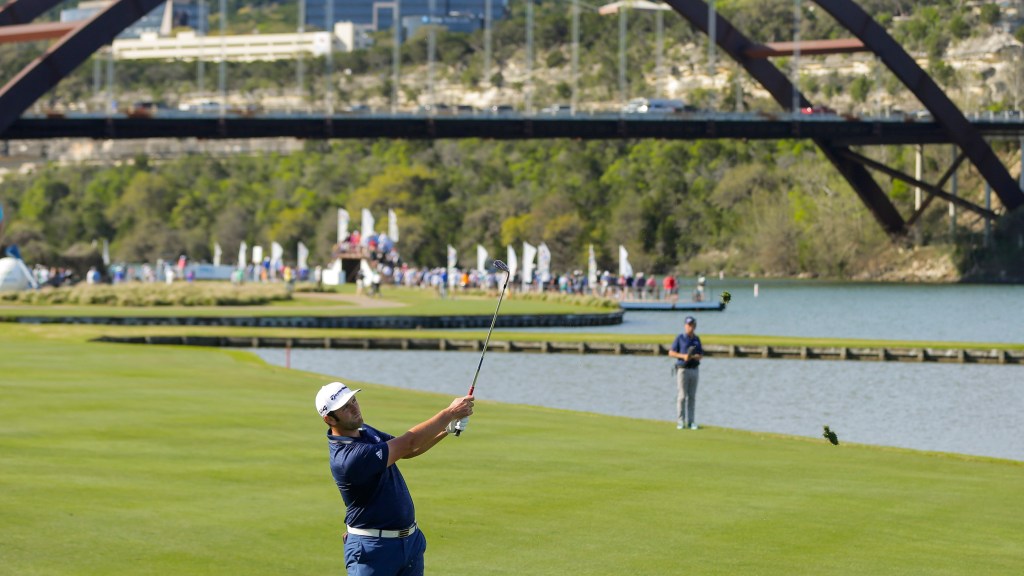 AUSTIN, Texas — Don’t think for a second that this week’s WGC-Dell Technologies Match Play is simply a Masters tune-up for World No. 3 Jon Rahm.

Sure, Augusta is looming in a few short weeks, but the Arizona State product gushed at length about the format at Austin Country Club, one he’s enjoyed success with. In his first appearance at the tournament back in 2017, Rahm reached the final before falling to Dustin Johnson.

Not only did Rahm insist he highlights this event on his calendar, but he wishes there were others like it along the way.

“I love match play. It is the one time you play one-on-one against somebody else, and it’s maybe the more relatable of the four matches to other sports, right?” Rahm said. “I guess a lot of what you do is dependent on what the person in front of you is doing, and you don’t necessarily need to be playing your best golf every single day, you just need to be better than the person in front of you, which is the beauty of it; it’s one-on-one. It’s a typically different game.

Match Play: Best matches | How to make Wednesday worth watching

“I enjoy it a lot. I really, really like it. It’s about just trying to somehow get it done. Strategies change, it goes back and forth, sometimes you need to be aggressive, sometimes you don’t. It’s certainly something I wish we had more often.”

Aside from the format, Rahm comes into Austin singing the right tune — he’s been in the top 10 six times in 10 starts and has not finished lower than 32nd. And the driver that’s been such a big part of his ascension to the top of the golf world is currently in top form. Rahm is second on the PGA Tour in Strokes Gaines: Tee to Green this season and third in Strokes Gained: Off the Tee.

Only his putting has been amiss. Rahm had back-to-back seasons in the top 40 in Strokes Gained: Putting, but has fallen to 122nd during the current campaign. If he can get his putter back on track, Rahm could be poised for a breakthrough — either in Austin, or Augusta.

Of course, plenty of factors come into play. Rahm and his wife Kelly are expecting a child in the near future and Rahm has already insisted he’ll leave any tournament he’s in the middle of to be part of the experience.

That could create some interesting scenarios under this week’s round-robin format, as others could be awarded forfeit victories if he’s forced to leave. In fact, count Rahm as one of the players who wish the tournament reverted to its former true match play format, one that consistently saw big names knocked from the field on the opening day.

“I like the sudden death format. We played so many events in Europe like that, that if it wasn’t sudden death you had 36-hole qualifying rounds to get to 64. So I do like the sudden death,” Rahm said. “I don’t know, I understand it’s a little bit harder for the sponsors and TV because your best guys might be gone, but I think it’s more thrilling.

“You’re competing for your life every single event. Well, not your life, but it’s a little different.”