How to use oxygen for Covid-19 treatment? What are the safety precautions? Centre releases guidelines 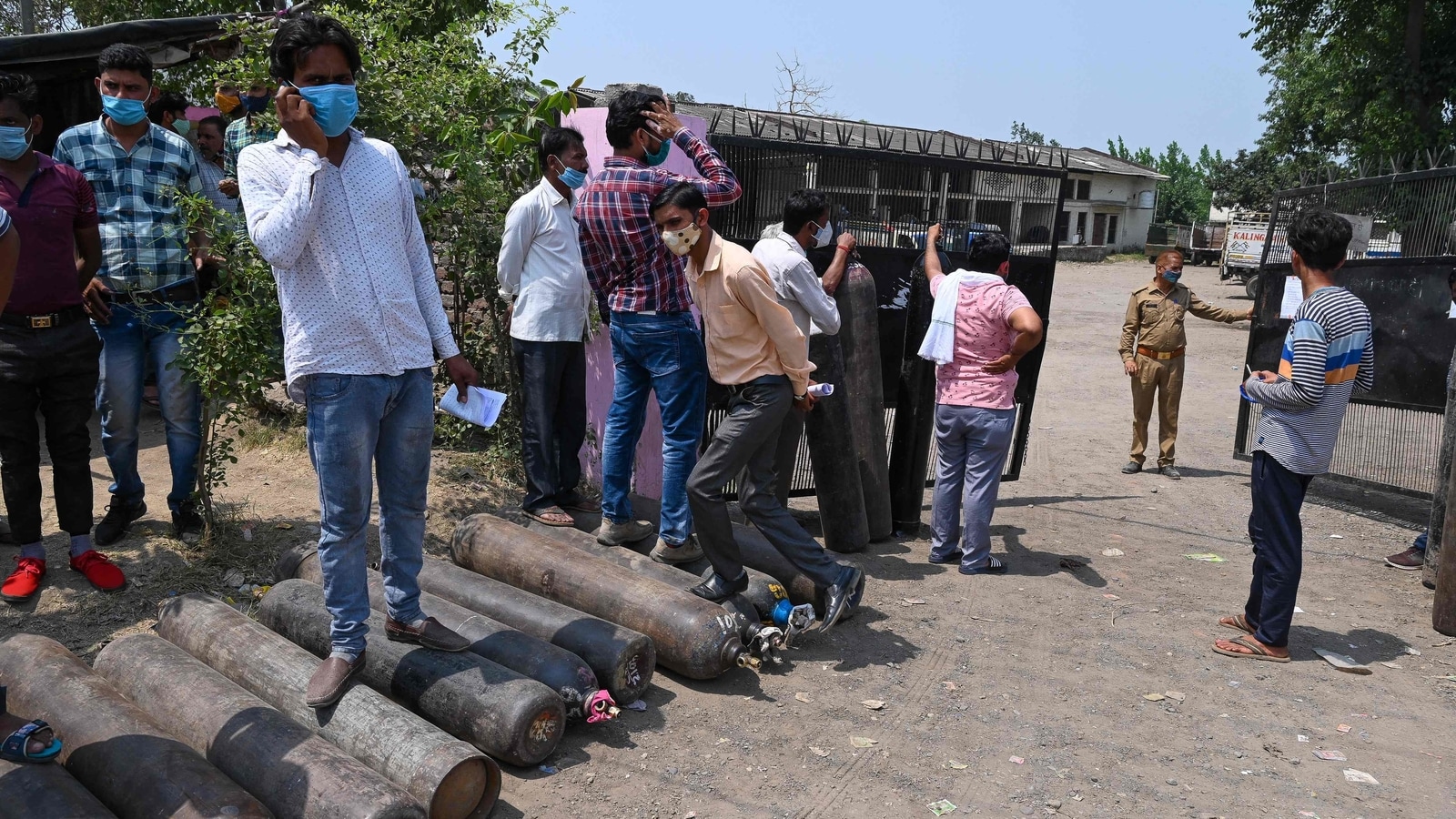 As the Centre is ramping up the supply of oxygen to states and all hospitals, the Centre on Thursday released a guideline of the use of liquid medical oxygen. “Oxygen is crucial for the treatment of patients with severe Covid-19 since the disease affects lung functioning. Shortness of breath or difficulty of breathing is one of the most common symptoms in patients with severe Covid-19. It also hampers the supply of oxygen to various parts of the body. They hence need oxygen therapy, to be supplied through medical oxygen,” it said.

Liquification enables the storage of oxygen in a larger volume and easier transportation, the Centre said, detailing how it is produced, stored and what precautions should be taken for storage.

How is liquid medical oxygen produced?

There are several methods. The most common production method is the separation of oxygen in what are known as Air Separation Units or ASUs. ASUs are basically plants that separate large volumes of gases. They use a method called Fractional Distillation Method to produce pure oxygen from atmospheric air, which consists mostly of nitrogen and oxygen – 78% nitrogen, 21% oxygen and the remaining 1% other gases including argon, carbon dioxide, neon, helium, and hydrogen.

In this method, gases from the air are separated into various components after cooling them into a liquid state and then liquid oxygen is extracted from it.

As India fights Covid-19 second wave, here’s all you need to know about oxygen concentrators

Atmospheric air is first cooled to -181°C. Oxygen liquefies at this point. Since the boiling point of Nitrogen is -196°C, it remains in a gaseous state. But Argon has a boiling point similar to that of oxygen (–186°C) and hence a significant amount of Argon liquifies along with Oxygen.

The resultant mixture of Oxygen and Argon is drained, decompressed and passed through a second low-pressure distillation vessel for further purification.

We then get the output as final purified liquid oxygen, which is then transported using cryogenic containers.

What are cryogenic containers?

Cryogenics is the production and behaviour of materials at very low temperatures. A cryogenic liquid is defined as a liquid with a normal boiling point below –90°C.

Cryogenic liquid containers are specially designed for safe and economic transportation and storage of liquefied gases at cryogenic temperatures, lower than –90°C. These containers are highly insulated, in which liquid gases are stored at very low temperatures.

What is the Pressure Swing Absorption Technique?

Oxygen can also be produced non-cryogenically, in gaseous form, using selective adsorption. This method leverages the property that under high pressure, gases tend to be attracted to solid surfaces. The higher the pressure, the more the adsorption of gas.

If a gas mixture such as air is passed under pressure through a vessel containing an adsorbent bed of ‘zeolite’ that attracts nitrogen more strongly than oxygen, a part or all of the nitrogen will stay in the bed, and the gas exiting the vessel will be richer in oxygen, relative to the mixture entering the vessel.

Hospitals can also opt for on-site generation of oxygen by this method, where oxygen is produced from ambient air by concentrating it. Producing oxygen near hospitals has the additional advantage of eliminating the need for transportation.

In addition to the above sources of medical oxygen, there are also portable oxygen generators known as Oxygen Concentrators that can be used at home.

What are the safety precautions to be followed?

If the temperature is high enough, many substances will burn in oxygen. Hence, it is equally essential to ensure proper fire safety measures and train all staff in the safe handling of oxygen as the increased storage and handling of oxygen cylinders during Covid-19 heightens the risk of hospital fires.