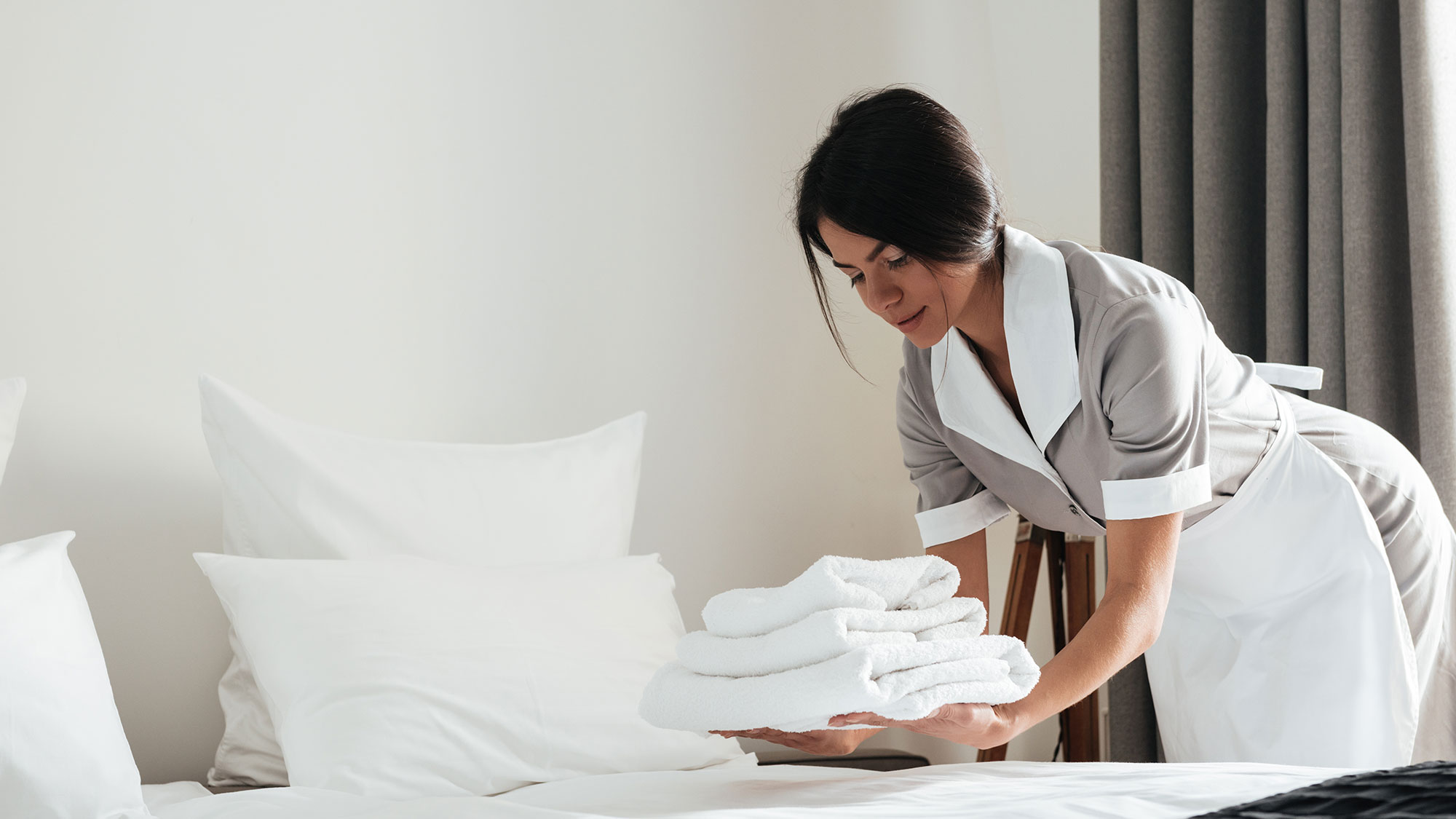 As the hospitality sector grapples with a widespread labor shortage, hoteliers are turning to more creative, as well as aggressive, efforts to secure talent.

The landscape has become so competitive that hospitality companies are actively poaching low-level staffers. Gig worker placement companies that specialize in hospitality have emerged. Signing bonuses, modest wage increases and enhanced benefits are being offered. And traditional job fairs have gone virtual to try to reach more potential candidates.

“Last year, when hospitality was just decimated, we started focusing on getting people who had lost their jobs in hospitality and tourism into careers in manufacturing, healthcare, finance, construction and other industries that were more stable at the time,” said Michael Corbit, vice president of business development for CareerSource Palm Beach County, a West Palm Beach, Fla.-based workforce board partially funded by the Department of Labor.

That exodus, Corbit said, created something of a hospitality brain drain.

“There’s now a bit of a gap,” he said. “People are traveling again, they’re going out to eat again, but we just don’t have enough candidates to fill jobs.”

CareerSource Palm Beach County is addressing the issue by holding a series of virtual job fairs, the most recent of which was held in mid-May in partnership with the City of Palm Beach Gardens and the Palm Beach North Chamber of Commerce. Participating employers included the Palm Beach Marriott Singer Island Beach Resort & Spa, the Ben West Palm Hotel and the Canopy by Hilton West Palm Beach Downtown as well as other hotels and a variety of restaurants, retailers and local businesses.

The organization’s virtual platform allows employers to create digital “storefronts.” Candidates can log on and access the storefronts to learn more about a business and its open positions as well as apply for specific roles. Hiring managers monitor application activity live during the event and can instantly engage with qualified applicants via a chat function as well as coordinate follow-up video or in-person interviews.

“There’s no substitute for that in-person experience, but many people that either already have a job or aren’t close to where a job fair is now have a convenient way to just jump online and find a job,” said Corbit. “And the hiring manager can basically sit at a desk and look at a far larger pool of candidates.”

With multiple employers vying for many of the same candidates at each fair, however, Corbit has noticed some businesses upping the ante to attract more interest.

“We’re seeing slightly higher salaries and incentive hiring bonuses for employees who stay on for, say, 90 days,” Corbit said. “And some hotels and restaurants are offering concessions on meals for employees. They know they’ve got to be competitive.”

Rachel Moosa, a hospitality and human resources veteran, is similarly looking to offer hotels some hiring support. Moosa is managing director and co-founder of the Hospitality Gig, a new freelancer marketplace targeted toward the hotel industry.

Launched in January, the platform aims to offer hospitality employers access to a pool of experienced gig workers, who can be hired for anything from shift work to short projects to longer-term contract roles. The Hospitality Gig charges employers a fee totaling 10% of the income earned on a completed job.

Hotels, however, have been hesitant to dip their toes into the gig economy space, according to Moosa.

“We thought hotels would be our main clients, but they’re actually not,” she said. “Instead, its other industries taking us up, including nonprofits and technology companies. Hotels are telling us it’s a good idea. But I think sometimes hotels are a bit afraid to be first and do something new. It’s a matter of the industry being open-minded enough to try it.”

“Not everybody can just bounce back into full-time employment, even if there is an open role,” said Moosa. “And going back to the traditional work model isn’t what everybody aspires to anymore.”

Tyronne Stoudemire, vice president of global diversity, equity and inclusion at Hyatt Hotels Corp., agreed that the hotel industry’s talent shortage has hit a tipping point, with some recruiters so desperate to find staff that they’re approaching hotel workers at random and offering them large sums of money to leave their current job for a new one.

“On top of that, people now have more choices,” said Stoudemire. “You have your Amazons, your Walmarts and other companies that have been profiting a great deal and paying above minimum wage.”

For hospitality employers, however, Stoudemire said that having a strong focus on diversity, equity and inclusion could help give them a competitive edge on the hiring front.

“These days, people want to know the companies they work for care about social justice,” said Stoudemire. “People believe that hospitality’s biggest asset is technology, but our biggest asset is actually our ability to build relationships. And those who foster more inclusive and diverse relationships are definitely better positioned to retain and attract talent.”

Meanwhile, the Hospitality Gig’s Moosa hopes that the current labor shortage will serve as a wake-up call for the hotel sector.

“As an industry, we’ve got to do better,” said Moosa. “Yes, we have great perks and it’s all very glamorous, but the pay isn’t always at the top. And if you can go and work at a retailer like Amazon and get paid more, why wouldn’t you? I really think the industry needs to take a hard look at itself and think, what really needs to happen here?”