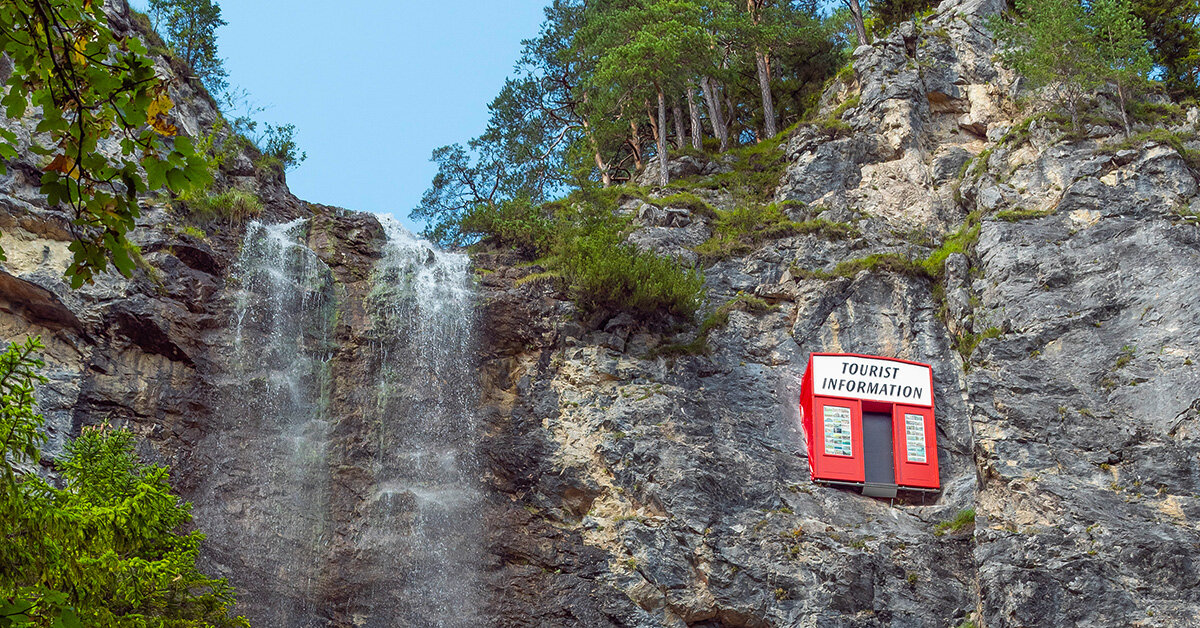 back in september 18, 2020, austrian artist group steinbrener/dempf & huber installed the cliffhanger — a tourist information booth embedded on a sheer rock face next to the scenic mira falls in austria. the installation aimed to visualize the human conquest of landscape and how the boundaries of civilization are constantly being pushed, including by tourism. following its apparition, the installation has caused some controversy following complaints that it ruined the view for visitors.

the cliffhanger installation by steinbrener/dempf & huber was commissioned by florian schublach, head of the oetscher-tormaeuer nature park. ‘the installation was not intended to be a popular attraction,’ schublach told zenger news. ‘it was intended to be the opposite of a popular attraction. it was not set up to make a lot of people want to go there; more like the other way around.’

‘often debasing entire cities and regions into scenery for visitors, turning local residents into mere extras in their own environment, even mass tourism has been hit by coronavirus,’ said steinbrener/dempf & huber. ‘the drastic action taken to maximize profits in natural resorts, sometimes at the expense of the local population and nature, would seem to have at least been interrupted. is this installation perhaps symbolic of this state of affairs? is tourism now beyond many people’s reach?’

overall, the striking red tourist information booth embedded in the middle of the steep gorge of the mirafall waterfall revealed how much nature is being appropriated by tourism.