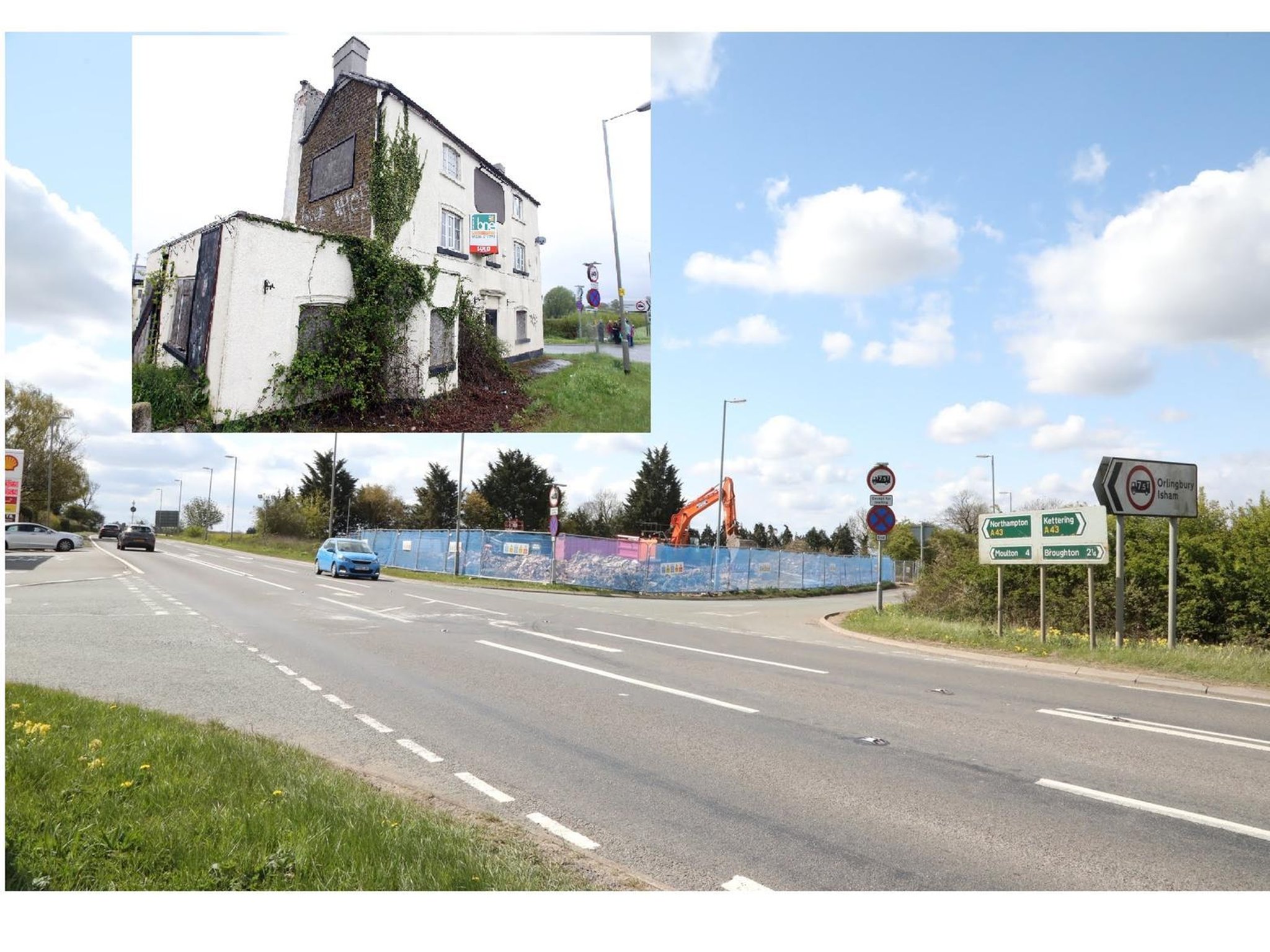 A local landmark that has stood by the side of the main Kettering to Northampton road for nearly 200 years has been demolished after years of uncertainty for the plot.

Originally built as a farmhouse in 1824, it was converted into a pub 1849 first called The Green Man, its name was changed to the Old Red House, and the lane where it stands was named after the hostelry. Renamed Oasis in the 1980s, its final incarnation was Henry’s of Hannington.

In 2004, and again in 2011, planning permission was sought for a conversion and extension of the public house and restaurant to provide three dwellings.

The i newsletter cut through the noise

Two years later an application was made for the demolition of existing buildings and construction of three detached dwellings.

Local legend is that the pub is haunted with many ghostly sightings and spooky sounds over the years both inside, and near to the pub on the A43, including apparitions of old and young women, crying babies, marching soldiers and horses.

The pair said the decaying building was a regular haunt for ghosts with evidence picked up on their audio equipment.

The site has been

Alex said: “We used to go there to test our audio equipment, there is that much activity there. We have taken so many readings from there. Once we went in and asked ‘can we have a drink’ and we heard footsteps running upstairs. There was no-one else there but us two. Then on the spirit box we heard someone say ‘drink’.”

In 2018, a planning application for six houses on the land owned by Buildway Developments Ltd was refused ‘for the relocation of dwelling positions and revised location of plot’.

The number of alterations to the permission were not considered non-material and an application was required ‘to assess the changes to the character and appearance of the locality as well as highway safety’.

In February this year, firefighters were called to put out a blaze in the building, closing the main A43 as they tackled the fire.