Guide: Which Countries Are Offering Vaccines To Tourists? 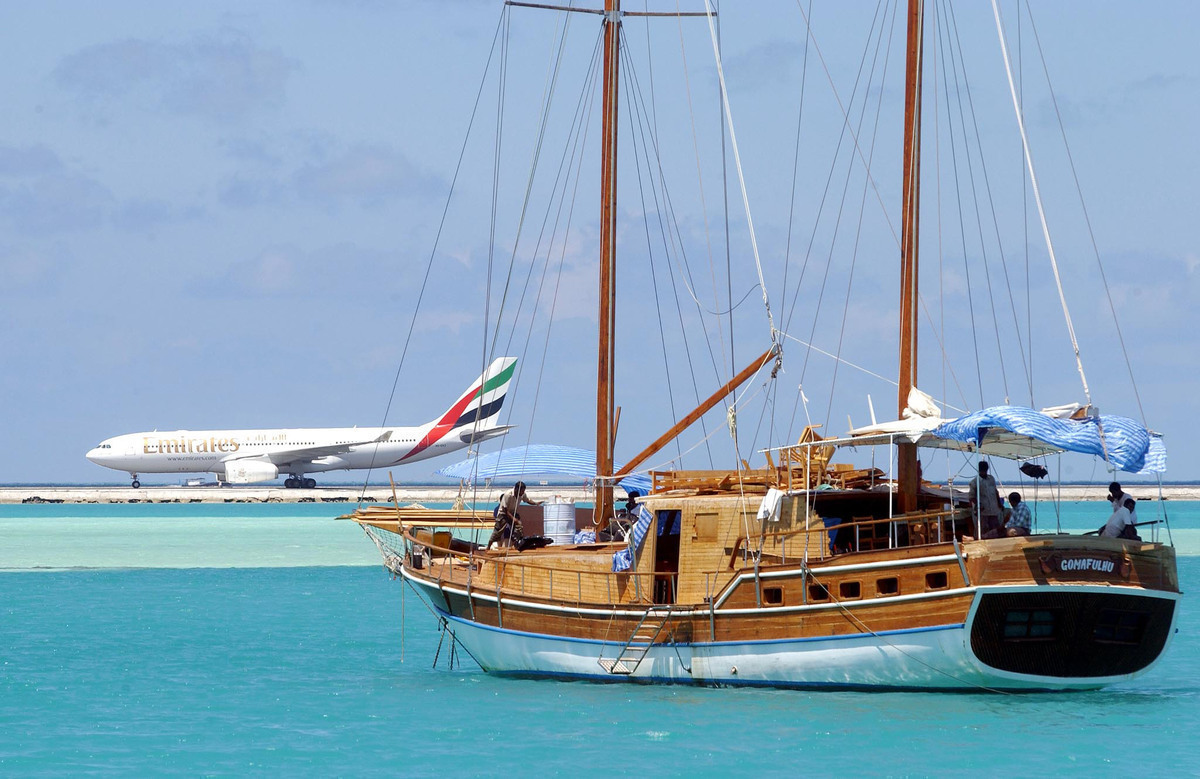 The term ‘vaccine tourism’ may not have been on anyone’s lips before 2021, but it is fast becoming a draw for nations dependent on visitors for their economy as they hope to lure tourists back. But what countries are offering this new perk along with sights, (potential) sun, and escaping the daily working-from-home grind?

Medical tourism is not exactly new. The ancient Greeks would journey to the domain of the god of medicine Asklepios outside of Athens. Doctors have long ordained spa resorts for those suffering from bronchitis or other respiratory ailments. Of course, in recent years, cheaper cosmetic surgery, fertility treatments, or dental care have been high on the list of reasons for travel related to medical treatments.

Abu Dhabi, the capital of the United Arab Emirates and home of Etihad, announced today it would be offering free vaccines to tourists. Visitors with visas issued by the emirate and those traveling on passports eligible for tourist visas upon arrival can now book free vaccines, according to information from the Abu Dhabi Health Services Company (SEHA).

The vaccines on offer are the ones manufactured by Chinese state-owned Sinopharm, and German American Pfizer/BioNTech, both requiring two doses with at least three weeks in between shots. The former provides a 79% protection against symptomatic SARS-CoV-2 infection 14 days after the second shot. Meanwhile, Pfizer is 96% effective against hospitalization, also in the case of the new variant of concern known as Delta.

Entry requirements for Abu Dhabi remain in place with proof of negative PCR test results prior to departure. Travelers from a list of ‘green’ countries are no longer required to quarantine upon arrival. In comparison to the UK’s green list, Abu Dhabi’s includes over 30 countries. Among others on the list are Austria, Hong Kong, Mauritius, Singapore, South Korea, Sweden, the US, and Uzbekistan.

Thus far, there has been no indication on whether or not other parts of the UAE, such as Dubai, intend to follow suit.

Stay informed: Sign up for our daily and weekly aviation news digests.

One of the first nations to announce that it would offer COVID-19 vaccines to visitors was the Maldives. Tourism contributes to nearly 80% of the tiny island nation’s economy and accounts for 28% of overall GDP. The Maldives is far from a shoe-string destination, and now, well-to-do travelers can choose to come to the paradisical surroundings for their COVID-19 jab.

However, the plan will only be offered once all local residents have received their inoculations. Currently, the country has administered 500 000 doses, and 34,7% of the population has been fully vaccinated, including most front-line tourism workers.

The country’s government has dubbed the project the 3V – ‘visit, vaccine, and vacation’. Currently, those entering the Maldives must show a negative PCR test result, along with proof of hotel reservations. However, from July 15th onwards, there will no longer be any restrictions for incomers of any nationality, as the country launches its tourism resumption campaign ‘Rediscover Maldives… the Sunny side of Life’.

Russia may not evoke the same turquoise barefoot dreams as the Maldives. However, it would probably make for a better conversation starter to proclaim you traveled there specifically to get vaccinated with Sputnik V.

Voluntary vaccination among the country’s own residents has been slow. As a result, President Putin has stated that he wants a vaccination tourism program in place by the end of June. All the technical setup has been completed. However, Russia’s strict entry requirements and visa system are throwing a wrench into a potential launch timeline.

“The product is ready, but the issues of visa support and legal entry for foreigners wishing to receive the Russian vaccine are yet to be resolved,” Andrei Ignatyev, President of the Russian Union of Travel Industry (RUTI), told the Russian state news agency TASS a couple of weeks ago.

Three-week-long vaccine tours for foreigners will reportedly cost between US$1,500 and $2,000. However, the money will go towards more than just two jabs of Sputnik. It is meant to restart the country’s international tourism industry, which has been entirely dormant since the start of the crisis.

“This is a combination of vaccination with a cultural and excursion program, which can be arranged very interestingly, capturing different regions of Russia,” Ignatyev continued, adding that there had been interest from countries in Africa and Latin America ever since the vaccination drive in Russia began.

Russia’s borders still remain closed to visitors from most states. International flight connections have thus far been reestablished with 29 countries.

The international borders of the United States remain shut to a large part of the world’s population. However, some states are gearing up to welcome vaccine tourists, both domestic and foreign.

The City of New York has already created pop-up clinics for residents and visitors in places like subway stations and airports. Furthermore, NYC intends to offer the single-shot Johnson & Johnson vaccine to tourists in places like Times Square and the High Line this summer.

Meanwhile, further up north, Alaska has already begun offering free-of-charge COVID-19 vaccines for those visiting ‘the Last Frontier’ in an attempt to aid the state’s summer tourism. Since June 1st, anyone aged 12 and above from anywhere in the world can get vaccinated at any of the state’s major airports.

“What we want to do is make sure that our fantastic tourist industry, including the cruise ships, including our hospitality in our ancillary businesses, have an opportunity to get back to where they were,” Governor Mike Dunleavy said when announcing the initiative at the beginning of the month.

“The idea is if we have excess vaccines, why not use them? So what we’re saying to our tourists is … if you come to Alaska, you get a free vaccination if you want one,” Governor Dunleavy continued, as reported by NPR.

Vaccinations offered by the state are of the Pfizer or Moderna variety. This means that in order to receive full protection, visitors must spend three or four weeks in Alaska. Authorities say they are aware that this could be a limiting factor, but at least there is the more reasonable potential of getting the first shot on your travels.

While most European citizens who wish to get vaccinated will have received their shots by fall, countries like India, Thailand, Vietnam, Colombia, Argentina, Venezuela, Botswana, Morocco, and Libya all face vaccine shortages. Perhaps those fortunate enough to have the means will let the added bonus of protection from the pandemic sway them when it comes to choosing their next destination.

What do you think of the new trend to offer vaccines free of charge to tourists? Would it be better to send the doses to countries that are facing shortages instead? Leave a comment below and tell us how you feel.