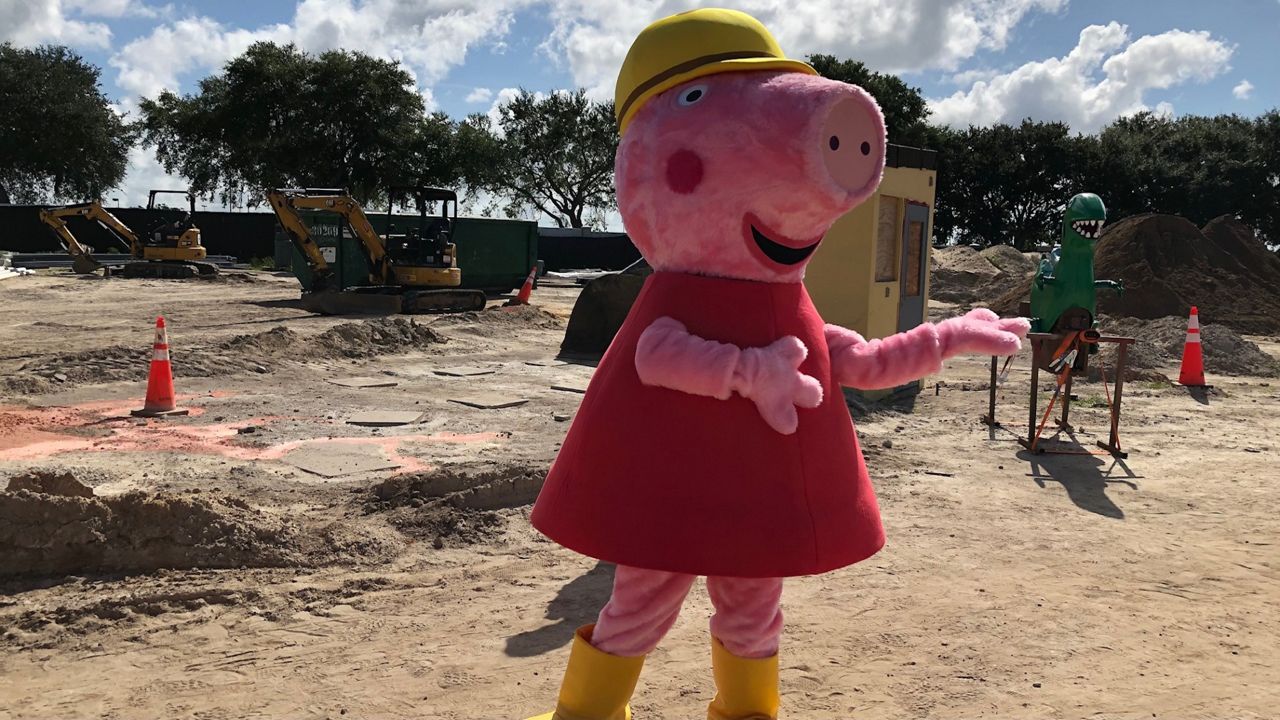 WINTER HAVEN, Fla. — The world of Peppa Pig, the popular children’s TV show character, will come to life at a new theme park currently under construction next to Legoland Florida.

What You Need To Know

The Peppa Pig Theme Park will feature multiple rides and attractions designed with preschoolers in mind.

On Thursday, park officials invited select members of the media to step behind the construction walls for a hard-hat tour of the site, giving an early glimpse of the upcoming rides and attractions.

The idea around the design of the park is it will likely be a young child’s the first theme park experience.

“We did a lot of market research trying to figure out which characters speak best to the kids and how do we pair those with the proper storylines of the attractions that we’ve created,” design and construction director Keith Carr said.

Daddy Pig’s Roller Coaster, one of the rides on the park’s lineup, is an example of that strategy. The concept is riders will be taking a cruise in Daddy Pig’s red car when they run into Mr. Bull who is doing road construction, causing them to take a detour full of twists, turns and drops.

The ride will offer a coaster experience for little ones without being too intimidating.

The coaster “is thrilling enough to get them out of their comfort zone, but not too much to where it’s scary,” Carr said.

And, of course, the park will have an area to make muddy puddles, although real mud won’t be involved. Instead, visitors will be able to play in fountains and slides at the Muddy Puddles Splash Pad.

The park will also have shopping and dining options but details will be revealed at a later date.

Despite its proximity to Legoland, Peppa Pig Theme Park will be its own standalone park, with separate admission. However it will be within walking distance of Legoland Hotel and the entrance to Legoland Florida.

Although a date has not been announced yet, Peppa Pig Theme Park is slated to open next year. Annual passes and vacation packages are currently on sale for travel starting April 1.