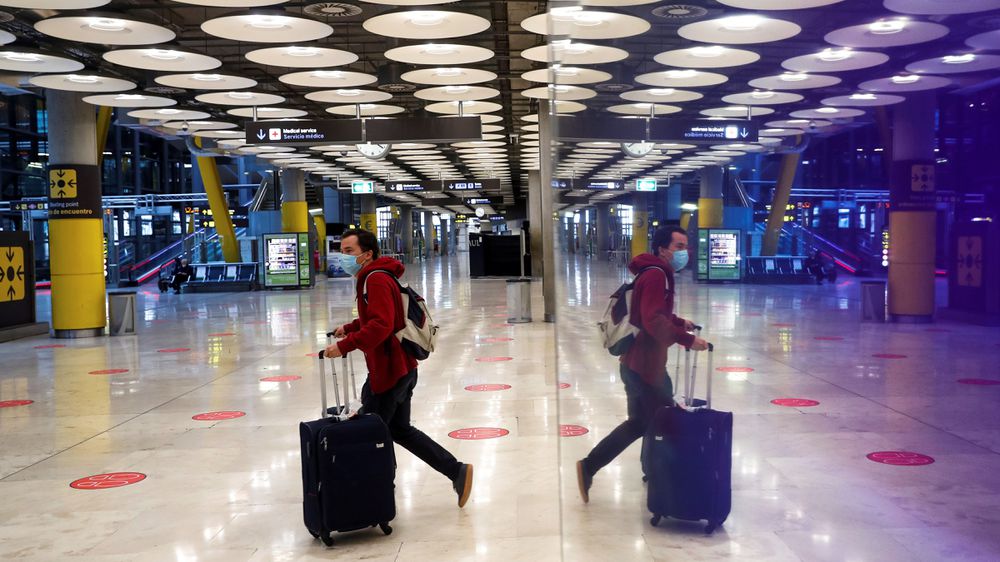 The Spanish Cabinet on Wednesday extended travel restrictions on arrivals from the United Kingdom, Brazil and South Africa until March 16. The measure is aimed at preventing the arrival of the more-contagious variants of the coronavirus that have been detected in those countries.

Current rules stipulate that only Spanish citizens or people with other nationalities who have official residency in Spain or Andorra can fly or sail into the country from the United Kingdom, Brazil and South Africa. Passengers traveling from those countries to a non-Schengen destination with a stopover less than 24 hours in Spain must not leave the international transit area of the airport.

The agreement, however, establishes some exceptions to the rules and allows the Health Ministry to lift the restrictions and allow one-off flight arrivals for justified reasons.

According to a report from the Health Ministry, the B.1.1.7 strain now accounts for nearly 70% of new coronavirus cases in Asturias and close to 50% in Catalonia

Restrictions on passenger travel from the UK by air and sea have been in place since December 22, following alarm over the B.1.1.7 strain of the coronavirus that was first detected in the English county of Kent. Spain introduced further restrictions on travel from Brazil and South Africa on February 2 after more-infectious variants of the virus were also identified in those countries. The rules were set to expire on March 2.

The decision from the Spanish Cabinet comes as the third wave of the coronavirus pandemic continues to ease in Spain. On Tuesday, the 14-day cumulative number of cases per 100,000 inhabitants fell below 250 – the threshold considered to indicate a situation of “extreme risk.” But health authorities warned that there is still a danger that Spain will see a new uptick in cases as regions start to relax restrictions on social gatherings and the hostelry industry, and the Easter break approaches.

Compounding the risk is the arrival of the new variants of the coronavirus, which are not only more contagious, but can also cause more serious illness and, in the case of the strain from South Africa, reduce the effectiveness of current Covid-19 vaccines. According to a recent report from the Health Ministry, the B.1.1.7 strain now accounts for nearly 70% of new cases in Asturias and close to 50% in Catalonia. The document stated that a total of 916 infections of the new variants have been detected in Spain, most of which correspond to the strains detected in the UK, South Africa and Brazil.

The effort to tackle the variants has been hindered in Spain by the country’s low genetic sequencing capacity. While the European Commission wants all member states to genetically sequence 5% of all coronavirus cases, experts believe Spain lacks the resources to meet that goal in a sustained manner, regardless of whether there are spikes in infections.