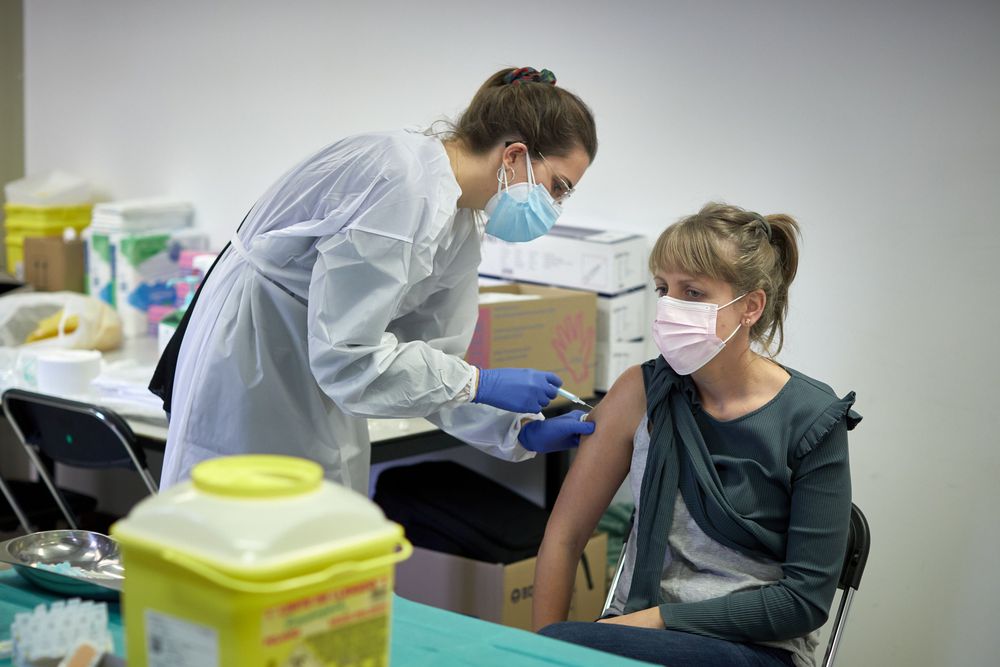 The epidemiological curve in Spain continues to fall, but the coronavirus pandemic in the country is still far from a situation whereby transmission is under control. In its Wednesday report, the Health Ministry reported 18,114 new infections and added 643 victims to the official death toll – below the record figure since the first wave that was set on Tuesday of 766 fatalities.

The slowdown in the transmission of the virus is also being seen in a fall in the 14-day cumulative number of coronavirus cases per 100,000 inhabitants, which is now at 584. But while this downward trend is positive, the third wave is still a serious threat in Spain: the average incidence across the country is double the level of 250 considered to be extreme risk by the Health Ministry, and the pressure on the country’s intensive care units (ICUs) persists. The ministry called on citizens not to lower their guard, but some regions, such as Madrid, Andalusia, Extremadura and Castilla-La Mancha, are already talking about relaxing social restrictions.

We must continue to support the restrictive measures that the regions are taking, and which are effective and are contributing to lowering the curve

The fall in the number of infections has now been consolidated in this third wave, thanks to the 14-day cumulative number of coronavirus cases per 100,000 inhabitants falling below 600. But the situation remains complicated in most of the country’s regions. In fact, only the Canary Islands, with 149 cases per 100,000 inhabitants, is below the extreme-risk level set by the Health Ministry. With an incidence of 879, the Valencia region continues to be in the worst position.

Where the effect of the fall in infections is starting to be seen is in terms of the pressure on hospitals, which is still falling, albeit at a slower rhythm. With 24,821 Covid-19 patients currently hospitalized, the occupation of conventional beds is currently at 19%. In ICUs, there are 4,548 patients according to the last report – this is nearly 42% of such beds occupied by coronavirus patients. As a result, hospitals are having to reprogram normal activity, such as complex surgeries that require ICU care afterward.

“We are in a downward trend and the data suggest that this trend will continue,” Health Minister Carolina Darias said on Wednesday, speaking at a press conference after a meeting of the Inter-Territorial Council of the National Health System (CISNS), which brings together her ministry and the regional health chiefs. “However, the cumulative incidence is very high, given that the target is to achieve 50 positives for every 100,000 inhabitants over 14 days. We must continue to support the restrictive measures that the regions are taking, and which are effective and are contributing to lowering the curve of the 14-day cumulative incidence.”

Despite the complicated situation in terms of Spain’s epidemiological curve, some regions have already started relaxing social restrictions, or are considering doing so.

“If the incidence continues to fall, we are considering changing the curfew from 10pm to 11pm and relaxing the closing times for hostelry establishments,” said the deputy premier of the Madrid region, Ignacio Aguado. Madrid currently has one of the highest incidence levels in the country, at 711, and occupation by ICU patients is above 50%. Last week, Madrid increased the maximum number of patrons allowed on sidewalk café tables from four to six (indoors it was kept at four).

The Extremadura region is also considering following Madrid’s lead, with a 14-day cumulative incidence of 427 cases per 100,000 inhabitants. Its regional premier, Guillermo Fernández Vara, has announced a “range of relaxation measures” for hostelry, perimetral lockdowns and other mobility restrictions, albeit dependent on whether a specific area exceeds an incidence of 500 cases. Castilla-La Mancha has announced it will “cautiously” begin a deescalation of the measures in two phases, with the first stage likely to be agreed upon today. Andalusia, meanwhile, has also announced that it will be reducing the period for mobility restrictions from 14 to seven days, as well as for the closure of non-essential activity in the region’s municipalities.

Not all of the regions agree with such a move, however, and some are calling for a more cautious approach. The Galician premier, Alberto Núñez Feijóo, said it was “unwise” to begin talking about deescalation of coronavirus restrictions with nearly 250 coronavirus patients in the region’s ICUs. His regional health chief, Julio García Comesaña, backed this idea, saying that while there had been a “significant fall” in cases, it was “not enough to be talking about containing the third wave.”

With 4,548 Covid-19 patients in intensive care, the occupation of ICU beds is currently at 42%

Cantabria is also opting to keep its restrictions in place, despite being one of the regions with the lowest incidence: 288 cases per 100,000 inhabitants, behind only the Canary and Balearic islands. The regional government in Cantabria has opted to extend the closure of hostelry, casinos and betting houses for another 14 days. La Rioja, which currently has the highest strain on its ICUs (65% occupation by Covid patients), has also extended the social restrictions until February 23, and Navarre, despite seeing “hopeful” data, has opted to keep its restrictions in place. In Valencia, sources from the premier’s office told news agency EFE that the executive would be meeting today to potentially prolong the current restrictions in place.

Health Minister Darias said on Wednesday that the priority position for the regions is to continue with the restrictions, according to what their representatives had explained in the meeting she held with them yesterday. “What I have heard from the health chiefs in the meeting is that they are going to maintain the restrictive measures because they are aware that we continue to have a cumulative incidence of extreme risk, and what’s more we are waiting to see how the [more contagious] British variant [of the coronavirus] progresses in our country,” she said on Wednesday. “It is fundamental to keep them in place so that we can reach, at a minimum, those 50 cases [per 100,000 inhabitants] over 14 days – we still have a long way to go.”