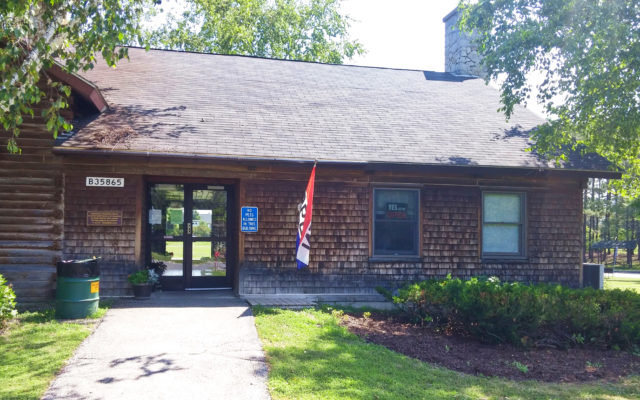 The town’s stake in maintaining a tourist information center at its current location on the North Road may soon be coming to an end.

HOULTON, Maine — The town’s stake in maintaining a tourist information center at its current location on the North Road may soon be coming to an end.

By a split vote, the council voted 4-3 Monday, April 26, to convey the property at 28 Ludlow Road, commonly known as the Visitor Information Center, giving up its claim to keeping the property and agreeing to letting the state sell the parcel to Scribner Hill LLC.

For the second time in as many meetings, council chairman Chris Robinson was tasked with casting the deciding vote on the matter. According to the town’s charter, the council chairperson can only cast a vote to break a tie, and even then, may only cast an affirmative vote.

Scribner Hill LLC’s registered agent is Scott Lanpher, who is also one of the owners of Houlton Power Sports, a recreational vehicle dealership located along Route 1 in Houlton, according to documents from the Houlton Town Office.

Back on April 12, the group postponed making a decision on the property to allow councilors more time to gather information and to hear input from the public.

Councilor Tortello said she was originally in favor of selling the property, but upon further review has had a change of heart. She said that keeping the Visitor Information Center as part of the sales agreement was essential in order for her to vote in favor of the sale, and felt the purchaser — Scribner Hill LLC — was a good fit for the property.

But after hearing from people in the community about how much it meant to them to see the property remain as is, with its trees and walking path, she could not vote in favor of the sale.

“We have to remember that once the sale goes through, nothing keeps the buyer from selling the property [to another buyer] or doing something different with it that is different than the original intent,” Tortello said. “I think this property is best allowed to remain as it is.”

Tortello said the Joni Mitchell tune “Big Yellow Taxi,” which referenced “they paved paradise and put up a parking lot,” weighed heavily in her decision as she felt the use of green space in its current form was beneficial to the town.

Councilor Bill McCluskey said the notion that the Visitor Information Center was some “unbelievably special” piece of property was something he simply could not wrap his head around.

“Did we have all this conversation when Walmart buried a potato field to build or when York’s of Houlton bulldozed McCluskey’s Farm to build?” he asked. “Now all of a sudden people feel this is the ‘Crown Jewel’ of North Street. I don’t understand why this is so special. The taxpayers of this town need to add to the taxbase and this is an opportunity to do that.”

But once the property becomes a commercial venture, it will no longer be considered tax exempt. The current property of 8.67 acres is assessed at $763,500, according to the town’s property tax maps. The building is valued at $172,900, while the land is assessed a value of $590,600.

Those numbers will likely change once the new owner purchases the parcel and either renovates or replaces the existing building.

Residents could challenge the council’s decision to sell the property by gathering enough signatures on a petition, according to town clerk Cathy O’Leary.

The idea of selling the property is not a new concept for the town.

In 2012, Houlton took ownership of the center after Maine Department of Transportation officials announced they were considering closing the facility in order to save money. The state agreed to turn the property over to the town, with the stipulation that the visitor center remain open, with the town picking up that maintenance bill.

Officials from the Maine Office of Tourism have said they were willing to create a new Visitors Information Center at a different location.