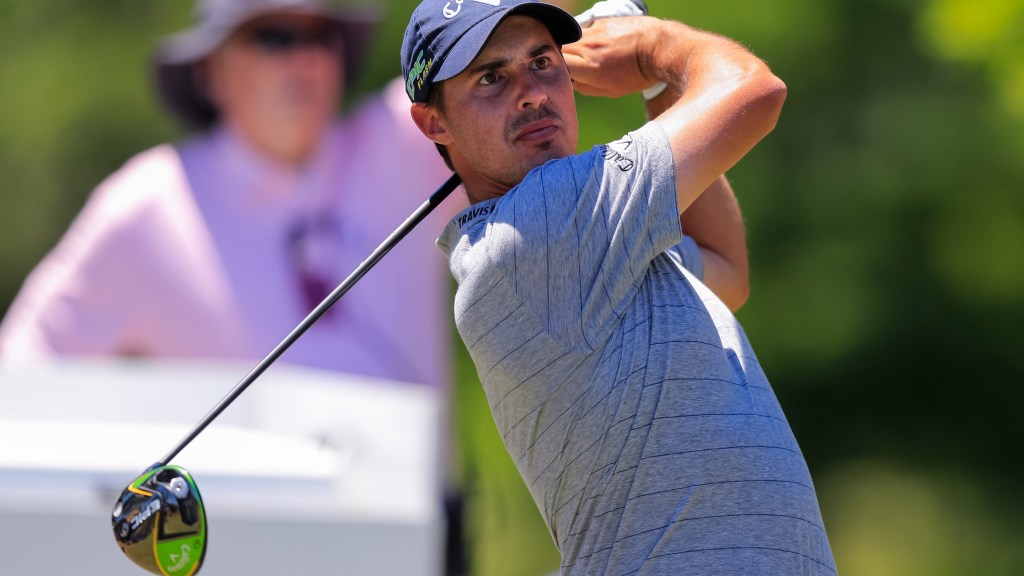 Playing in next month’s Honda Classic will have special meaning for Chase Koepka, and not just because this is the first time he gets to tee it up in his hometown PGA Tour event alongside his brother Brooks.

Chase Koepka might not be playing golf for a living without the Honda Classic, which has been played at PGA National Resort & Spa since 2007 and the Country Club at Mirasol from 2002-06.

Chase and Brooks both served as standard bearers for the Honda Classic, but in three weeks they will be the ones producing the scores. Chase was given a sponsor’s exemption Monday by Honda Classic officials, marking the eighth time he will play in a PGA Tour event and the seventh time the Koepka brothers have played in the same event.

“Honda has been a special event for me,” said Bob Koepka, their father. “I used to be the captain of the marshals when it was held at Eagle Trace and Weston Hills. To see it come full circle and watch my sons play in the hometown event will be amazing. I know there won’t be a lot of people there (because of COVID-19), but there will be lots of locals who watched them grow up.”

For Chase, getting a start in the Honda Classic is a welcome change because the coronavirus pandemic has left the 27-year-old West Palm Beach resident playing primarily on the local Minor League Tour. Chase has won more than a dozen Minor League Tour events and shot a 60.

Chase hasn’t played on the PGA Tour since finishing 26th at the 3M Open in July on a sponsor exemption. He Monday-qualified for the Travelers Championship last June, but had to withdraw because of COVID-19 protocol. Travelers officials gave him an exemption into this year’s event.

“My game is really, really good,” Chase Koepka said. “I just haven’t been able to compete in a lot of events. I’ve played OK in the (PGA and Korn Ferry tours’) Monday qualifiers, but those qualifiers are tough.”

Koepka played in a qualifier Monday for this week’s Puerto Rico Open at the PGA National-Estates course. However, his 3-under 68 came up three shots short of making a playoff.

He’s actually more familiar with the Champion course than Brooks, having played PGA National’s signature course more than 40 times. Few players in the Honda field have played the course more often than Chase.

“I know I haven’t played it in the same conditions as they will be that week, but that course suits me,” Chase said. “It’s not a course where the winning score is 25-under. I like that. The tougher the course, the better my chances. And a lot of local players have won Honda.”

While brother Brooks has won four majors and eight PGA Tour titles, earning the No. 1 world ranking for 47 weeks, Chase has gotten the better of his sibling in their rare PGA Tour head-to-head matchups. Chase has had the better finish three times and they both missed the cut once.

The Koepka brothers combined to finish tied for fifth at the 2017 Zurich Classic of New Orleans when it was a team event; they tied for 22nd the next year.

Chase, of course, isn’t trying to just beat his brother; he’s trying to beat the other 142 players in the field, too.

“My expectations are, if I play well enough, I can win the tournament,” said Chase Koepka, who followed Brooks’ lead by starting his pro career on the European Challenge Tour.

When they are in the same event, the Koepka brothers typically play nine practice holes together on Tuesday, then it’s business as usual.

“I try to give my brother space out here and he does the same with me,” Chase Koepka said. “Brooks will tell me how to play certain holes into the wind or downwind because you’ve got to miss your shots in the correct place at the Champ. You want to avoid double bogeys.”

We’ll have double Koepkas at this year’s Honda Classic. May the low brother win.

“I just need to see them in the final group on Sunday,” Bob Koepka said.

Not asking much, huh?

Is Brooks Koepka ready to again become a dominant force on the PGA Tour?