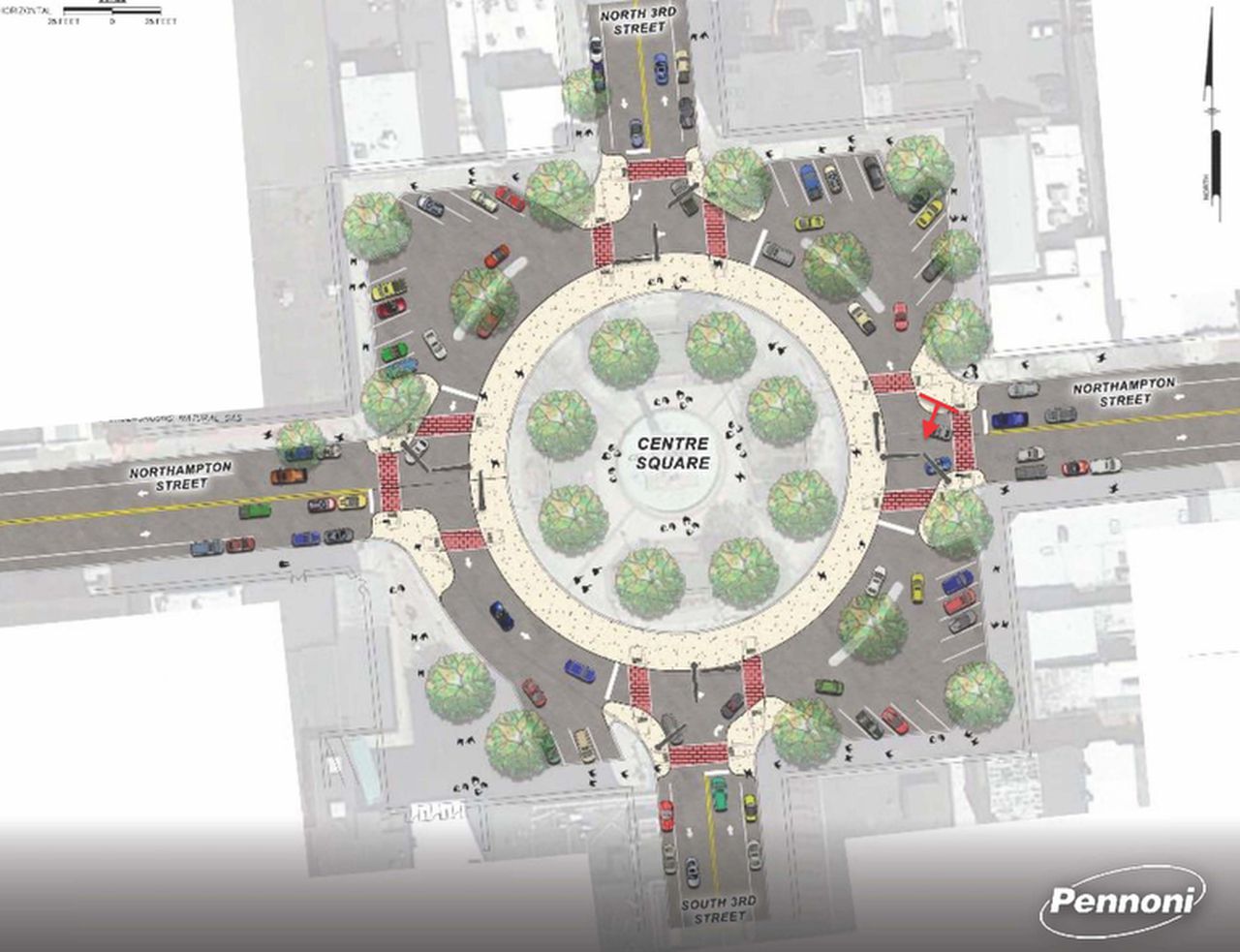 Work could start by the end of 2021 on downtown traffic plans that could bring red-yellow-green traffic lights to Centre Square, according to Easton’s mayor.

Drivers have long complained about traffic patterns in this busy roundabout at Third and Northampton streets in Easton. They’re often confused about when to merge and which lane to use, according to Pennoni engineer Earl Armitage. He spoke about the circle at a public meeting in June.

The new plan will reduce traffic from two lanes to one around the circle. That will allow room to expand the park inside the circle that includes the Soldiers and Sailors monument.

Easton city council on Wednesday night approved applications to the PennDOT for eight new traffic signals. They’ll go in Centre Square and the “ring road” that extends a block in each direction from Centre Square.

Traffic flows counterclockwise in one direction on the ring road now, but the new plan will bring two-way traffic to these roads in the “ring road”:

Two-way traffic was already put in place for Fourth Street between Ferry and Spring Garden streets, the final piece of the “ring road.”

With the PennDOT applications in, the city moves a step closer to construction. Easton Mayor Sal Panto Jr. said after the council meeting Wednesday, Sept. 8, that work is on track to start before the end of 2021.

“It was originally going to be the fall. Now they’re saying the end of the year,” Panto said.

Our journalism needs your support. Please subscribe today to Lehighvalleylive.com.

Rudy Miller may be reached at rmiller@lehighvalleylive.com.