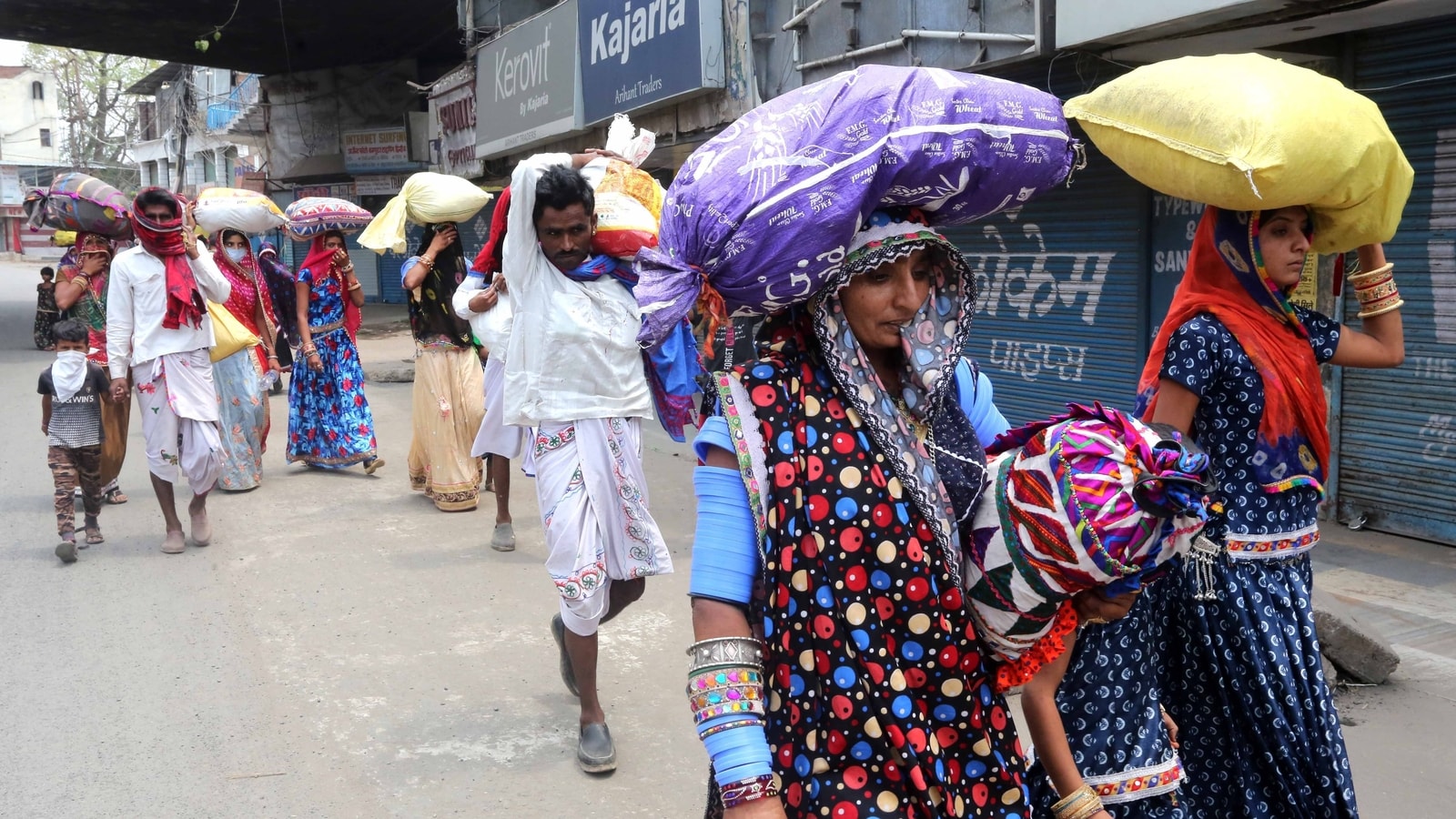 Urging administrations to acknowledge the “harsh realities” facing migrant workers affected by the second wave of Covid-19, the Supreme Court on Thursday directed the Centre and the governments of Delhi, Haryana and Uttar Pradesh to provide dry ration and meals to labourers in the National Capital Region (NCR), apart from ensuring proper transportation back home.

A bench of justices Ashok Bhushan and MR Shah issued the interim directives while seeking detailed replies from the state governments on steps being taken to ameliorate the misery of the stranded migrant workers.

Starting immediately, the bench ordered that dry ration should be given to migrant workers in the NCR under Atmanirbhar Bharat scheme, or any other scheme be provided by the Centre or states utilising the public distribution system.

“While providing dry ration, the authorities of the states shall not insist on an identity card for those migrant labourers who do not possess it for the time being. On self-declaration made by the stranded migrant labourers, dry ration be given to them,” it said.

In order to make certain that the migrant workers and their families get at least two meals a day, the court directed the governments of Delhi, UP and Haryana to open community kitchens and advertise this.

The bench asked the states to ensure that adequate transport is provided to stranded migrant labourers who wanted to return to their home. “The district administration, in coordination with police, may identify such stranded migrant labourers and facilitate their transport either by road transport or train. The Union of India may also issue necessary instructions to the Ministry of Railways…” it further directed.

The migrant worker crisis came under sharp focus shortly after the nationwide lockdown was imposed on March 25 last year. Hundreds of thousands of workers spilled out on highways and began walking back home. In Parliament last year, the government said estimates put this number at around 11 million while activists say the number is much higher.

The court order came on a plea moved jointly by activists Harsh Mander, Anjali Bhardwaj and Jagdeep Chhokar, who sought the court’s intervention to ensure that migrant workers were not deprived of food security and were also able to travel back to their homes at nominal cost.

Solicitor general (SG) Tushar Mehta, representing the Centre, expressed his reservations to the idea of facilitating their travel, apprehending that this could incentivise their migration even though most of the industrial activities were open across the states. “Unlike the previous lockdown when everything was closed, efforts of all state governments this time is to ensure it is not a lockdown… By and large industrial activities where migrants are working have not stopped completely. All state governments are also responsible governments and are elected ones,” said Mehta.

The bench, however, said that migrant workers may have their own apprehensions. “The mindset of the people is different. How will they survive if they don’t have money or food? Some sustenance must be provided by the states? Ration and community kitchen should be there. You have to consider the harsh realities,” it told the SG.

Mehta, on his part, said that the court should wait for replies from the states to scrutinise the steps taken by them before passing any order. But the bench said that it would issue immediate directions for migrant workers in Delhi-NCR, while other states such as Maharashtra, Gujarat and Bihar can file their replies within 10 days.

Advocate Prashant Bhushan, appearing for the activists, said he was amazed at the Centre’s law officer’s resistance to the interim directions in the interest of the migrant workers. “Last time they said there is nobody on the road. This time they are opposing orders to ensure they get food and transportation,” contended Bhushan. His reference is to court proceedings last year during which Mehta claimed that no migrants were on the roads, walking back home or trying to find any other mode of transport during the 68-day hard lockdown.

The bench, while fixing May 24 as the next date to hear the suo motu case on the problems of migrant workers, also asked Delhi, Haryana, UP, Gujarat, Maharashtra, Bihar and Odisha to file their affidavits on the issues of food security and health insurance for migrant workers as well as their employment opportunities in the native states.