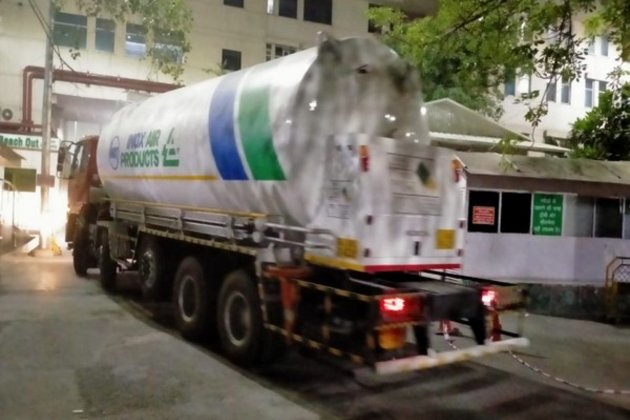 New Delhi [India], April 27 (ANI): To address the shortage of oxygen tankers in the country, the Central government has imported 20 cryogenic tankers of 10 MT and 20 MT capacity to augment the transportation of oxygen.

As mapping of liquid medical oxygen (LMO) from the manufacturing plant to different states being a dynamic process and transportation of medical oxygen through cryogenic tankers becoming a bottleneck in making available LMO from the eastern part of the country to other parts, 20 cryogenic ISO containers of capacity 20 MT and 10 MT have been imported to augment the transportation of oxygen, the Health Ministry said in a statement on Tuesday.

The Ministry of Road Transport and Highways (MoRTH) in consultation with the Department for Promotion of Industry and Internal Trade (DPIIT) under the overall guidance of the Empowered Group-II (EG-II) have mapped the allocation of these containers to suppliers in Madhya Pradesh, Uttar Pradesh, Rajasthan, Gujarat and Delhi, the statement added.

Amid the acute shortage of oxygen that various states are facing, an ‘Oxygen Express’ was started to maintain a constant supply of medical oxygen.

States like Punjab and Delhi reported deaths due to a shortage of oxygen supply at the hospital.

Earlier, Prime Minister Narendra Modi had allocated a fixed supply of oxygen to each state.

Meanwhile, the cumulative number of COVID19 vaccine doses administered in the country has crossed 14.5 crore on Tuesday, the ministry informed.

Ten states account for 67.3 per cent of the cumulative doses given so far in the country, the health ministry said. More than 31 lakh vaccination doses were administered in the last 24 hours.