Cameron Young is ready for the big stage 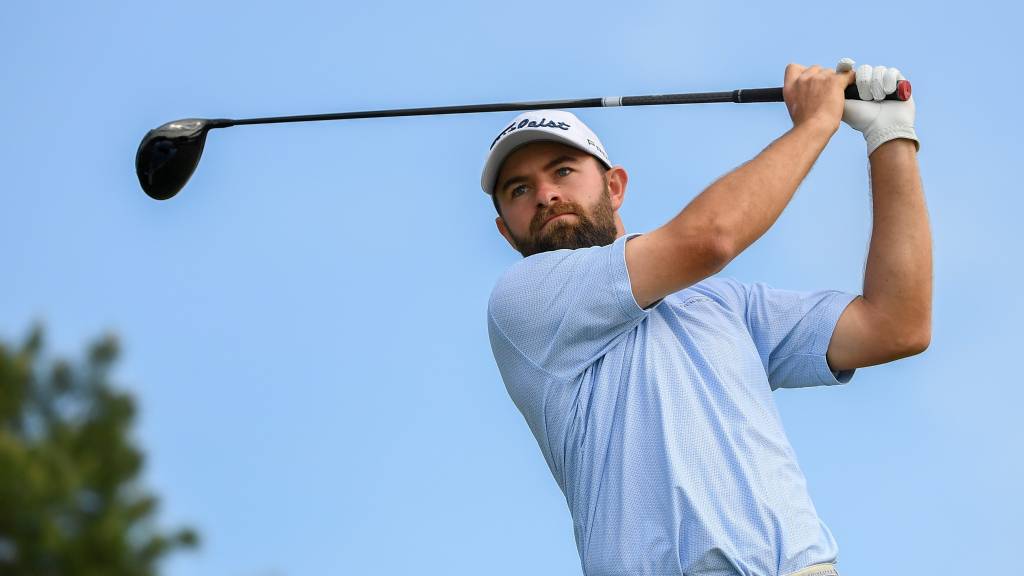 PURCHASE, N.Y. — Cameron Young was back home last week just long enough to get congratulatory hugs from mom and dad, meet the new puppy and win another USGA medal.

The last 10 months have been a blur.

Young was left playing in purgatory when the pandemic shut down the Mackenzie Tour in Canada a year ago. To gain competitive experience, the 24-year-old from Scarborough drove the back roads to Monday qualifiers and mini-tour events.

It’s not a glamorous existence.

A sizzling 8-under 64 on a Monday in Nebraska last July got Young into the Pinnacle Bank Championship. Over the next month, a string of top-15 and top-10 finishes earned the five-time winner at Wake Forest temporary Korn Ferry Tour status. Another breakthrough came last month when Young captured the Advent Health Championship in Kansas City. He carded rounds of 64-69-68-68, finishing 19-under par and winning by two strokes.

The next week, it happened again.

He won the Evans Scholars Invitational outside Chicago by five shots with an 18-under total of 266. Young was tied for the lead or on top of the leaderboard solo in all eight rounds.

“There’s been a lot of good stuff happening,” he said last Monday. “Obviously, this is a lot more fun than playing mini-tour events in Texas. I’m really thankful to have come as far as I have and to still be pushing forward in the right direction.”

Along the way, Young made a minor swing correction, picked up a full-time caddie and switched back to a short putter.

He also got married on March 6 to Kelsey Dalition.

And it’s probably worth mentioning that Young will be at Torrey Pines this week, playing in his second U.S. Open. He got into the championship last week, claiming medalist honors at final qualifying here at Old Oaks and Century Country Clubs.

He was the medalist here in 2019, as well, then missed the cut by seven at Pebble Beach.

“The golf course will be hard,” Young said. “That’s pretty standard. I’m better prepared for how hard it will be and what it’s like to be inside the ropes of a U.S. Open and seeing people you’ve watched for years on TV. I think last time that part was hard. I think we were just experiencing the U.S. Open as opposed to playing in it, so that will be a lot of different.”

Cameron Young holds the trophy after winning the Evans Scholars Invitation at the Glen Club on May 30, 2021, in Glenview, Illinois. (Getty Images)

Young has always been very focused.

The only thing he loves more than competing is golf. Early setbacks like failing to advance past the first stage of Korn Ferry Tour qualifying in 2019 were gut punches.

“When he’s on the golf course, he’s awfully focused,” said his father and only teacher, Sleepy Hollow Country Club head professional David Young. “Getting married helped. There’s another part of his life now that’s not attached to how well he plays every day. It’s been a joy to him and we’ve seen that in his personality. But on the golf course, he’s pretty well-focused and works really hard. It doesn’t look like he’s having much fun, but the results are fun.”

Even after he locked in a place to play with good results last summer, Cameron was intent on making a few changes.

“The changes weren’t major, but the swing felt a lot different,” David said. “Now it doesn’t feel awkward so he’s more focused on making shots and less on what he has to do to make a swing, which I think has been a big help. … He definitely has some goals. Some are pretty big and kind of longshots and others are pretty attainable, a bunch of them more now than a month ago.”

Watching so many putts go in lately has also added confidence.

“The golf swing is a constant battle. It’s never going to be perfect,” Cameron said. “Like anything, it kind of comes and goes. The putter change has been great for me. It’s made those ups and downs with the long game less dramatic. There is more up than down now if that makes sense. The good is better and the bad is better, too, just because I’m more confident on and around the greens. It’s been a pretty big boost to my morale, not being as stressed about the putter.”

Adding a college buddy to the bag has reduced the number of issues Young needs to worry about, too.

Scott McKean played club hockey at Wake Forest, but he’s also an accomplished golfer who grew up caddying and competed in the Philadelphia area. He occasionally still attempts to Monday qualify at Korn Ferry Tour events.

“It’s great,” Young said of the relationship.” We spend more time together than probably either of us would really like even though we’re really good friends. We have a good time. It makes it easier when you’re hanging out with somebody you enjoy for weeks and months at a time.”

Marriage has also provided an escape.

He began dating Kelsey after graduating from Wake Forest, but they have known each other most of their lives.

“We’ve known her family since we lived in Garrison. I played hockey for her dad and with her brother,” Young said. “They’re not a golf family at all so Kelsey is kind of still learning the ropes. It’s actually great for me, because the last thing I want to do when I get home is answer questions like, ‘Why’d you pull a 9-iron on 16?’ That would make my head explode, so that’s been a blessing.”

After getting roughly 36 hours to honeymoon, they settled in Jupiter, Fla.

“I’ve been home for maybe two weeks since March and she’s come on the road for probably a week total,” said Young, noting Kelsey and her family will be joining his parents at Torrey Pines.

The latest trip home was unplanned.

An unhappy moment got exponentially worse early last month when Young missed a short bogey putt down the stretch at the Simmons Bank Open in Tennessee and missed the cut by a stroke.

“I checked PGA Tour Links to check on the next week and I was not in the field. I forgot to enter, so that was not fun,” he said. “Scott was actually going to play the Monday qualifier and was like, ‘OK, I’m just going to go.’ He got into the rental car and drove straight to Knoxville, didn’t want to be around me. I wasn’t planning on taking a week off, but I went home and it was probably a good thing. I came back happy with a little rest under my belt and it ended up working out pretty well.”

Young had missed five cuts in six weeks before the first win.

Watching former college teammate Will Zalatoris cash in on the PGA Tour also cemented his belief that good things were on the horizon.

“He is somebody I know really well and I was able to keep up with him, maybe not all the time, but when I was playing well it was another thing that just kind of validates what I was doing,” Young said.

He became the first player to post back-to-back wins on the Korn Ferry Tour since Michael Putnam did it in 2013. The adrenaline isn’t likely to fade any time soon. Young earns a PGA Tour card with a top 25 finish on the points list, which he can lock up with a couple of good weeks. One more win, though, comes with an immediate promotion.

“I think I’ve proved to myself what I’m capable of,” Young said. “I don’t really care about proving what I can do to everyone else. It was important that I figured out I was good enough to win. And to do it again, that was just validation, and the more of that you get, the better.

“I know exactly where I am now in the standings. It’s hard not to. Our goal is to lock up that tour card as fast as possible and the best way to do that is to win again.”