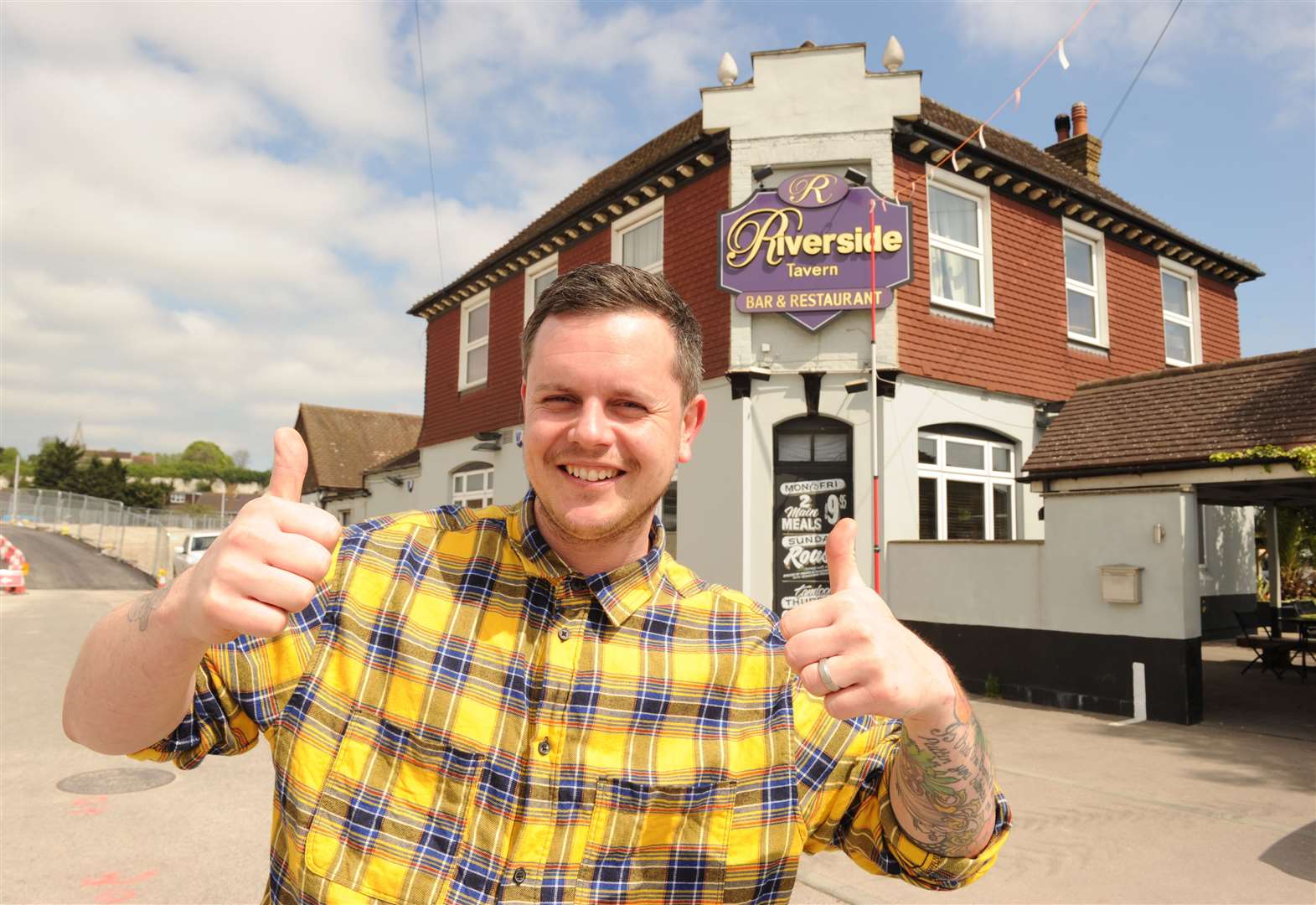 Before facing months of Covid-forced closure, his business had been fenced off by a nearby building scheme and then flooded.

But following “amazing” support from regulars, things might finally be on the up.

As lockdown bit hard in December, two customers at the The Boat House, Strood, launched a GoFundMe page.

The aim was to keep the boozer afloat as 34-year-old Luke faced the possibility of having to close the Canal Road venue for good.

After a turbulent few months, he is now looking forward to the future following a £30,000 refurbishment.

“We launched our new menu and it is going really well. Our customers are amazed about the transformation.

“I am feeling positive about the future. We have a lot of great things lined up I think people are wanting to come out again after being locked up for so long.

“I’m so thankful for everyone who has helped us throughout, especially those who helped with the GoFundMe page.

“It was really helpful, it helped with a lot of our bills. I just really want to push it and get the word out and let people know we’re here. I think we have a lot to offer the people of Medway.

“It was a struggle. I had to move out of my house because of the coronavirus and we’re living above the pub now, but we’re happy.

“But we have a really positive outlook for the future, we have all the right tools, we just need to get the customers through the door.”

The lockdown wasn’t the first problem Luke has faced during his time at the helm.

Two years ago, the business was practically stranded by fencing erected for nearby building works.

Then just months later, the hostelry flooded when water from the River Medway swept in as staff watched Titanic on TV.

However, even though the pub – formerly called the Riverside Tavern – has bounced back since it reopened outdoors on April 12, Luke is still uneasy about footfall during weekdays.

He added: “Although it’s been going really well, I look around on Monday and Tuesdays during the days and we’re empty.

“We’ve changed it so much and we’ve spent a huge amount of money on it in lockdown and I just don’t think people know about us.

“It’s been good, during April people were in the garden but the problem I’m having is that a lot of people coming back are the people who know the place as the Riverside Tavern.

“I just think there are so many people out there that aren’t aware of this place, unless you know it’s here you won’t know it’s here.”

Being located near a register office, Luke is hoping to spread the word about the venue’s wedding receptions.

Read more: All the latest news from Medway