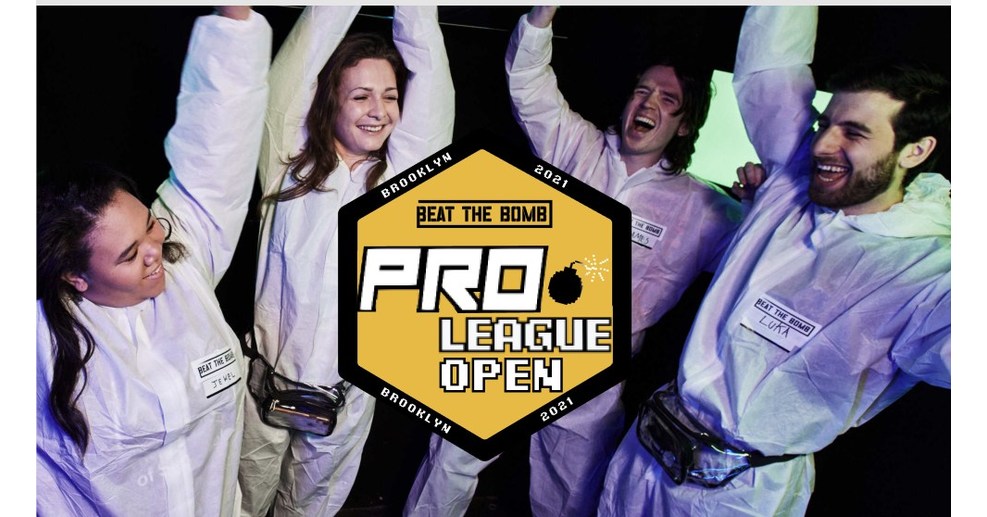 Beat The Bomb is taking digital gaming off the couch and into a real-world live-action format.

“Beat The Bomb is taking digital gaming off the couch and into a real-world live-action format. The Pro League Open will feature elite Bomb Squads competing to win a grand prize of $1,000 in a head-to-head, bracket-style tournament,” said Beat The Bomb CEO Alex Patterson. “Esports is exploding in popularity but needs a format that retains both the physicality of traditional sports, and also the focus on team collaboration. That’s why we created Beat The Bomb’s Pro League.”

The Pro League Open will kick off with a qualifying period held April 1 – 30. Anyone can participate, and all past Bomb Beaters will receive an exclusive 50 percent discount to come back and log a qualifying score. The top eight teams will be invited to the Open, to be held at 6 p.m. EST on Thursday, May 6 and streamed on Beat The Bomb’s Instagram, TikTok, and Twitch channels. The tournament will take place at Beat The Bomb, located in Brooklyn, N.Y., which is operating with extra safety measures in place to ensure the safety of players and employees.

Pro League Open prizes will include:

Registration is now open, and teams can enter to qualify by signing up to play Mission 01: Cyberbot at Beat The Bomb in Brooklyn from April 1 – 30. Teams must have exactly four players in order to log a qualifying score, and can play as many times as they want. Only a team’s best score will be logged. All players must be 13 or older to qualify.

The top eight scoring teams that Beat The Bomb will qualify for the Open where matches will be conducted as real-time Battle Mode games pitting the teams against each other in Beat The Bomb’s two identical ‘Game Pods’ in Brooklyn. Teams must follow all official tournament rules to be communicated and monitored by onsite referees.

About BEAT THE BOMB

BEAT THE BOMB’s purpose is to Engineer Human Connection. They are the world’s first immersive social video game company and the developers of a connected gaming platform which supports both a live, in-person experience at its flagship location in Brooklyn and an online remote gaming platform. Founded by Alexander Patterson, former Chief Marketing Officer of Tough Mudder LLC., BEAT THE BOMB has seen over 120,000 players in its first three years and is rated as among the top tourist attractions in NYC. In addition to offering its online gaming platform across the world, Beat The Bomb will be expanding its physical footprint in the U.S with a second unit in Philadelphia in 2021.