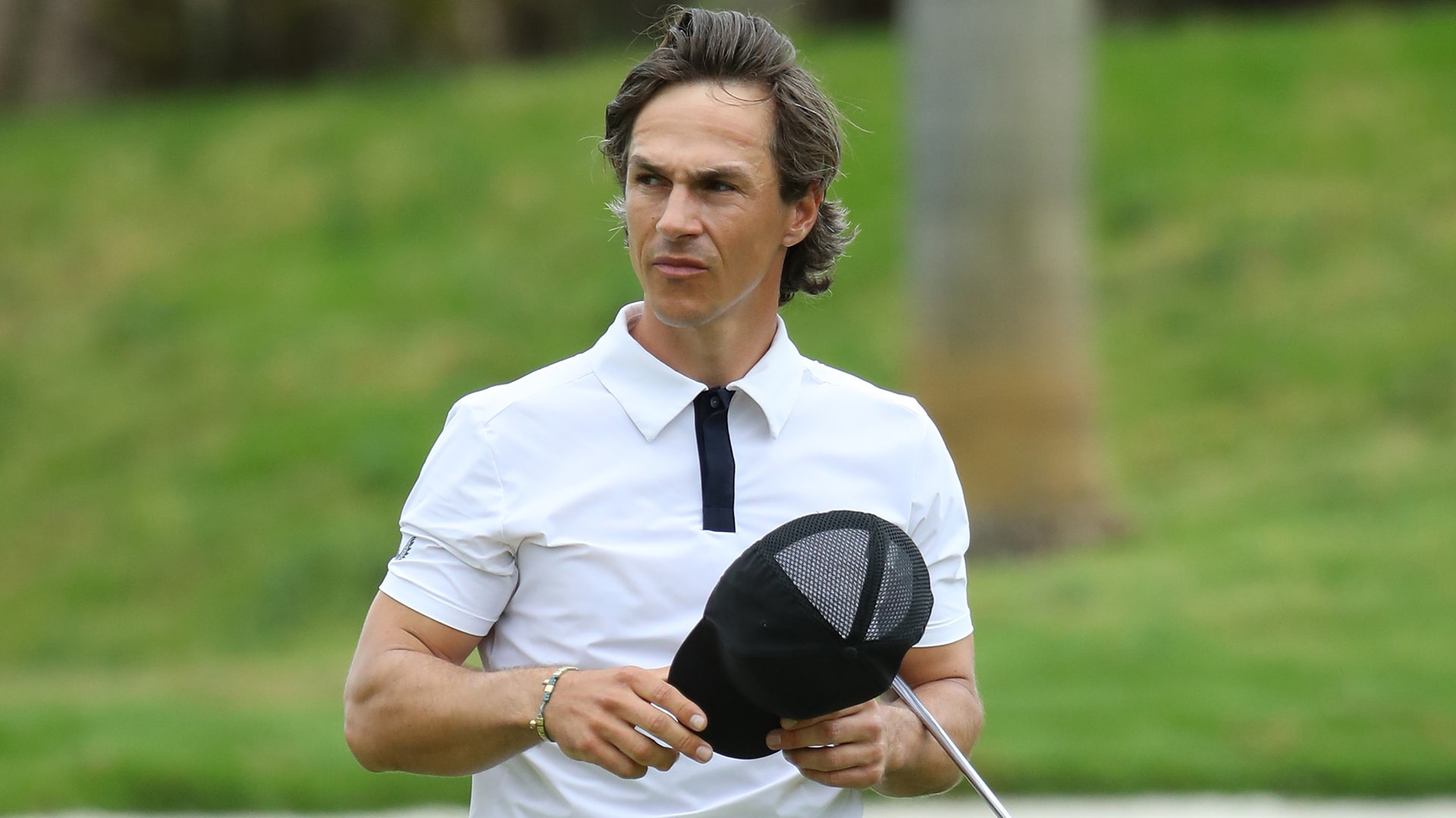 Thorbjorn Olesen fired a 9-under 61 Friday to set a new course record at Meloneras Golf Course in the Canary Islands and take a one-shot lead at the European Tour’s Gran Canaria Lopesan Open.

The 31-year-old Dane, who is making his first worldwide start since last December after battling a wrist injury and the COVID-19 virus, made seven birdies and an eagle as part of his bogey-free second round, which moved him to 14 under, just ahead of Rhys Enoch and Wil Besseling.

“I was definitely not expecting this,” said Olesen, who also, along with his fiancée, Lauren Zafer, welcomed newborn son, Cooper, last month.

Olesen, of course, is also awaiting trial on several charges, including sexual assault, stemming from a transcontinental flight from Nashville, Tennessee, to London in July 2019. Olesen was charged with sexual assault, common assault and being drunk on an aircraft, and he was originally scheduled to stand trial last May. But due to the pandemic, Olesen’s court date was moved to Dec. 6 of this year.

The European Tour suspended Olesen on Aug. 6, 2019, but it lifted the ban last July because of the “unprecedented delay in court proceedings.”

“While my team and I initially agreed that I would not participate in tour events while the legal proceedings were outstanding, I am naturally grateful to the European Tour for allowing me to continue my career following the lengthy adjournment of my trial,” Olesen, a five-time European Tour winner, said last year in a statement.

Olesen, who has pleaded not guilty to each of the charges, teed it up 12 times last year but notched just two top-20 finishes. He did not play a PGA Tour event.

“I am incredibly sad about what has happened and would like to apologize to all the Danes who have supported me for so many years,” Olesen told reporters last year. “I basically haven’t played golf in a year. I played for a week in November in Spain, and then I’ve been playing for the last couple of weeks – that’s it. Since I started playing, I’ve never had anything like that where I haven’t played in such a long time. It’s hard.”