A win would be nice, but a PGA Tour card is the ultimate prize 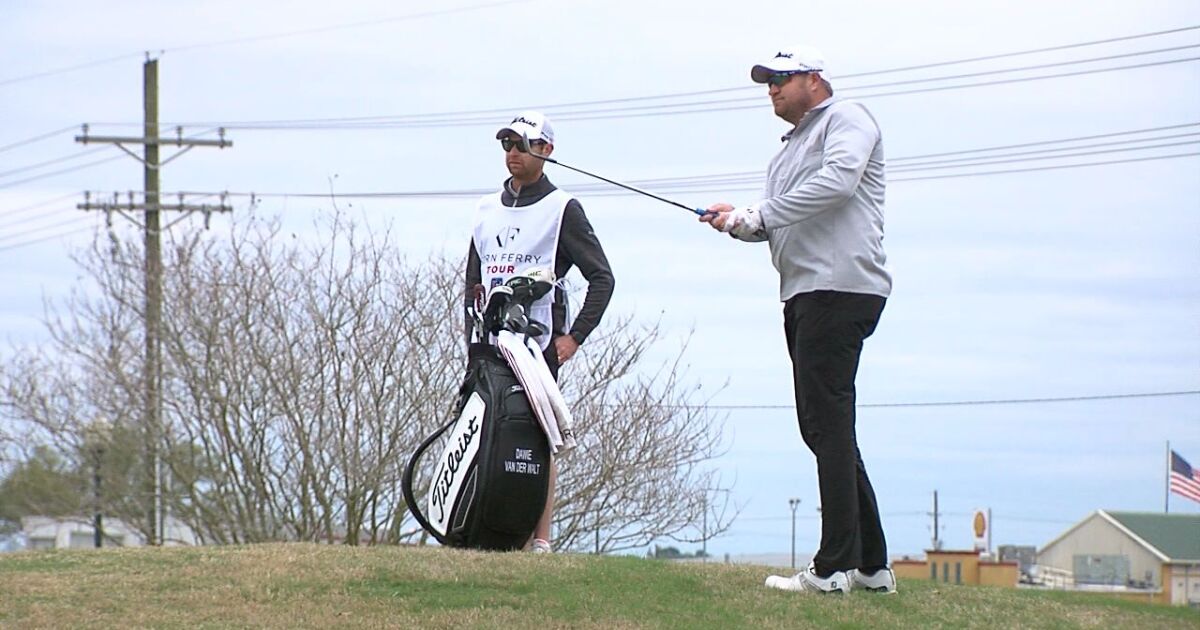 The Louisiana Open is typically one of 27 events on the Korn Ferry Tour. But this season is not a typical one.

A two-year schedule ultimately created a 40+ event schedule. The LA Open, typically an early season event, is now number 25 in a marathon over two years.

“We knew what the deal was, you know the year is forty-something events long,” said South Africa’s Dawie van der Walt. “We had the big break so it does feel like we’re starting over again, so you don’t have that momentum. You treat it as any other tournament, you try to make as many points as you can early on so you don’t have to worry about things down the stretch in the last couple of tournaments.”

From an organization standpoint the season is a little different, but the ultimate goal of earning a PGA Tour card remains the same.

At the end of the season, the top 25 golfers earn their Tour cards. Van der Walt sits outside the top 25 midway through the season. But battling the blustery conditions a -4 Friday moved him into a tie for sixth place. It puts him in contention to win, but more importantly, to pick up valuable tour points.

“It’s a lot harder when the guys are like 21, 22 (place) toward the end of the year. You seem to play different golf. Not as aggressive as someone who has nothing to lose,” he said. “So, while I’d like to be within the number, as long as I can stay within a couple good finishes to move up, I’ll be happy.”

One player with little to lose is Jordan Wolfe. He’s won twice this season and ranks seventh on tour. A third win would automatically berth a PGA Tour card, a prize he’s worked for for many years.

“It’s going to mean a lot of really cool things. It’s going to be surreal and it’ll be a lot of fun when it happens,” Wolfe said.

Van der Walt’s story is much different. At 38, he’s one of the true veterans of the tour. He hasn’t played in the PGA since 2016 and recognizes his time is running out.

“I have to do it pretty soon, or do something else. I’m not getting any younger. I used to be one of the younger kids out here, but not anymore,” he said. “At some point you have to get to the PGA tour, or go do something else.”

To reach the newsroom or report a typo/correction, click HERE.