5 tips to get the most out of Pokemon Go Tour: Kanto 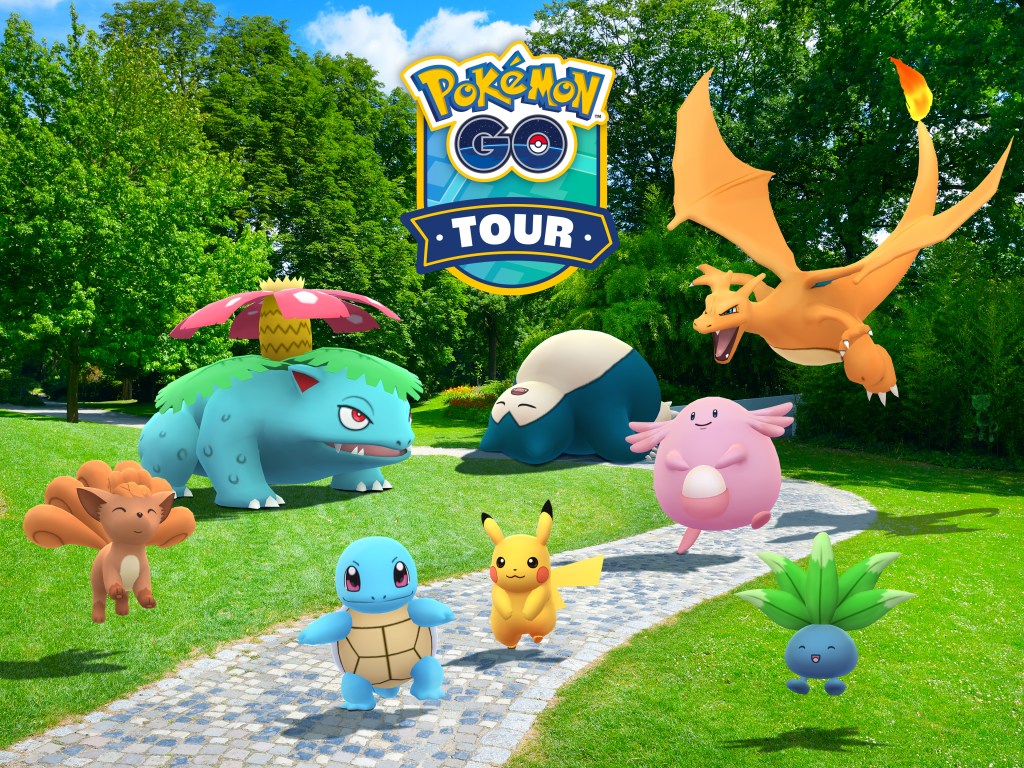 Niantic revealed more details about its upcoming Pokemon Go Tour: Kanto event, giving players a better idea of what to expect during the 12-hour extravaganza. The way the company penciled out the activities, it will be nearly the equivalent of what the team did in July for the virtual Pokemon Go Fest celebration minus a few extras.

For those unfamiliar with the announcement, Pokemon Go Tour: Kanto is a new type of ticketed event that runs from 9 a.m. to 9 p.m. Feb. 20. Passes can be purchased for $11.99 up to 7 p.m. Feb. 20. The tour lets you obtain the first 150 Pokemon in the franchise and all of them can be shiny. There’s a catch though for trainers.

Like the original game, Pokemon Go Tour: Kanto will split players into Red and Green versions. That means they’ll only have access to specific Pokemon. To collect the complete 150, one player will have to trade with another as they did in the original 25 years ago. That’s helped out by the expanded trade distance of 40km, meaning players that far apart can trade with each other. To put matters in more perspective, Feb. 27 marks the anniversary of the franchise’s debut. For more information about the Red and Green versions, look at my overview here.

With that in mind, here are five tips to help you prepare for the event.

1. CLEAR OUT STORAGE SPACE FOR POKEMON AND ITEMS: Before the big day, make sure you have enough space to catch and store the dozens of shiny Pokemon that you’re about to grab. You want to spend your time focused on catching or shiny checking without worrying that you’ll have to transfer Pokemon to make space. I would clear out at least 200 spots and leave the option to purchase an addition 100 if needed during the day. The current storage cap is 4,000.

To maximize the storage, I would advise you trade with friends or move some pocket monsters to Pokemon Home in the week leading up to the event. Even better, I’d take advantage of the increased trade distance during the Lunar New Year event to make more space.

The other part of this equation is to grab as many Poke Balls, Great Balls and Ultra Balls for the tour. You can’t catch them all if you run out of these resources. To get the most balls, it’s best to eliminate unnecessary items.

For example you should get rid any potions that aren’t Max Potions. The same goes for revives. You should keep the Max Revives while cutting down on the regular ones. A few Fast and Charged TMs can get axed depending on how often you change moves. If you have too much Rare Candy, consider putting a few into legendaries to create space. You can create more storage by culling the berry count keeping the likes of Pinaps, Golden Razz and Silver Pinaps.

You can also get rid of items needed for evolution. Do you really need 25 Metal Coats? Probably not. You can limit yourself to 10 or fewer.

2. FIND A BEST FRIEND TRADING PARTNER: One of the big goals for this event is to collect all the Kanto Pokemon and to do that you need a friend. To cut down the stardust cost, make sure you’re Best Friends with your fellow trainer. After that, make sure they have the opposite version that you do. From there, you can trade for the Pokemon that you don’t have to finish the 10 Collection Challenges. Keep in mind that Shadow Pokemon and hatched ones don’t count toward this.

Furthermore, you will come across a Special Research story that’s part of the event. The exclusive encounter at the end of the tour is a shiny Ditto. It sounds like everyone will get one of these special Pokemon. Afterward, lucky players can find it in the wild though I figure the chances that you’ll find one will be low.

After that though, you will have a Masterwork Research that has some tough tasks. I don’t expect players to finish this in one day. First off, you need to get the platinum Kanto medal to complete the first page. That means collecting all 151 Kanto Pokemon, which includes Mewtwo. The Masterwork Research includes reaching level 40, catching 30 Pokemon of each type, spinning 151 unique Pokestops, walking 151 km and more. The reward for this task is a shiny Mew.

3. SCOUT OUT SOME AREAS TO PLAY THE GAME AND COME PREPARED: If you’re able to get outside safely during the pandemic, look for good spots for hunting pocket monsters. If you want to maximize your chances of getting that shiny Snorlax or any other missing variant in your collection, it’s best to go to Pokemon dense areas. If you can’t go out, the event will likely hinge on incense, which will be provided. (That is if the event is similar to Go Fest.)

If that’s the case, you should use the incense for as long as you plan on participating in the event. Stack the incense for the whole day if possible. Because it’s winter in the Northern Hemisphere, you should bring along items such as warm clothes, face masks, an extra battery and food and snacks. If you’re a hard-core player, you can consider getting a Poke Ball Plus or another accessory such as a Go-tcha to help you catch or at least keep your hands warm.

4. WATCH WHAT HAPPENS OVERSEAS FOR SINSIDE INFO: One of the benefits of living in Asia-Pacific region is that trainers there get everything first. That includes Pokemon Go Tour: Kanto. The downside of that is they’re technically guinea pigs for the event. They’ll run into bugs or other problems before it’s hopefully fixed out in the West.

With that in mind, it’s good to watch a few streams from our friends overseas such as ZoeTwoDots. You will get a better understanding of what the event will entail. You’ll also find out what Pokemon will exactly be available during the tour schedule, which is based on locations in the original game. (Times are local.)

From there, you can determine which hours to eat lunch or take a break. Because it gets dark in North America sooner, playing until 6 p.m. and beyond can be dicey depending on where you live. Just keep in mind, you should put safety first.

5. REMEMBER TO HAVE FUN AND YOU WON’T GET EVERYTHING WANT: Unless you’re extremely lucky, you won’t get all the shiny Pokemon you want but don’t let that misfortune ruin your day. RNG is a cruel mistress. I know this firsthand having run through two- and three-week stretches where I haven’t gotten a shiny after playing through dozens of raids and running outside to catch Pokemon for hours.

Keep in mind that though you may not get the shiny Pokemon you want now, you will have the opportunity to get it eventually. I missed out on shiny Luvdisc during two February Valentine’s Day events before getting one three years after its debut. Look on the bright side, the Pokemon Go Tour: Kanto will be a great way to get XL candy for Pokemon that you want to power up to level 50. It could be key to finishing off that key quest to level up on the way the new cap.

Lastly, with fun in mind, you should try playing “Pokemon Go” with the music on during the event. According to Niantic, each hour will feature music inspired by the original game and it’s curated by the game’s original composer Junichi Masuda. Hard-core fans will appreciate that.

UPDATE: For those who won’t get all the shiny Pokemon they want, Niantic is offering players another chance via a follow-up Kanto event runnning from 10 a.m. Feb. 21 to 8 p.m. Feb. 27. In that span, players will have a chance to catch the following Pokemon:
Bulbasaur
Charmander
Squirtle
Weedle
Pikachu
Geodude
Clefairy
Psyduck
Slowpoke
Gastly
Voltorb
Magikarp
Niantic says more Pokemon will be appearing in the wild.

For those hatching eggs during this time, they can discover the following Pokemon:
Oddish
Bellsprout
Tangela
Dratini
Pichu
Elekid
Magby
It’s interesting to note that the baby Pokemon aren’t exactly Kanto, but when they evolve they turn into one of the original 151.

Out of the event-exclusive Pokemon, I figure the Snorlax will be the most sought-after. On the raid side, the legendary birds — Articuno, Zapdos and Moltres — will be around, but everyone will be trying to capture a shiny Mewtwo and getting XL candy to upgrade the powerful generalist to level 50.

Lastly, trainers who evolve a corresponding Pokemon to Venusaur, Charizard,Blastoise, Pikachu, Eevee evolutions or Dragonite will find that they will learn their Community Day moves. This is big for those who have missed them. It will save you from using an Elite TM.