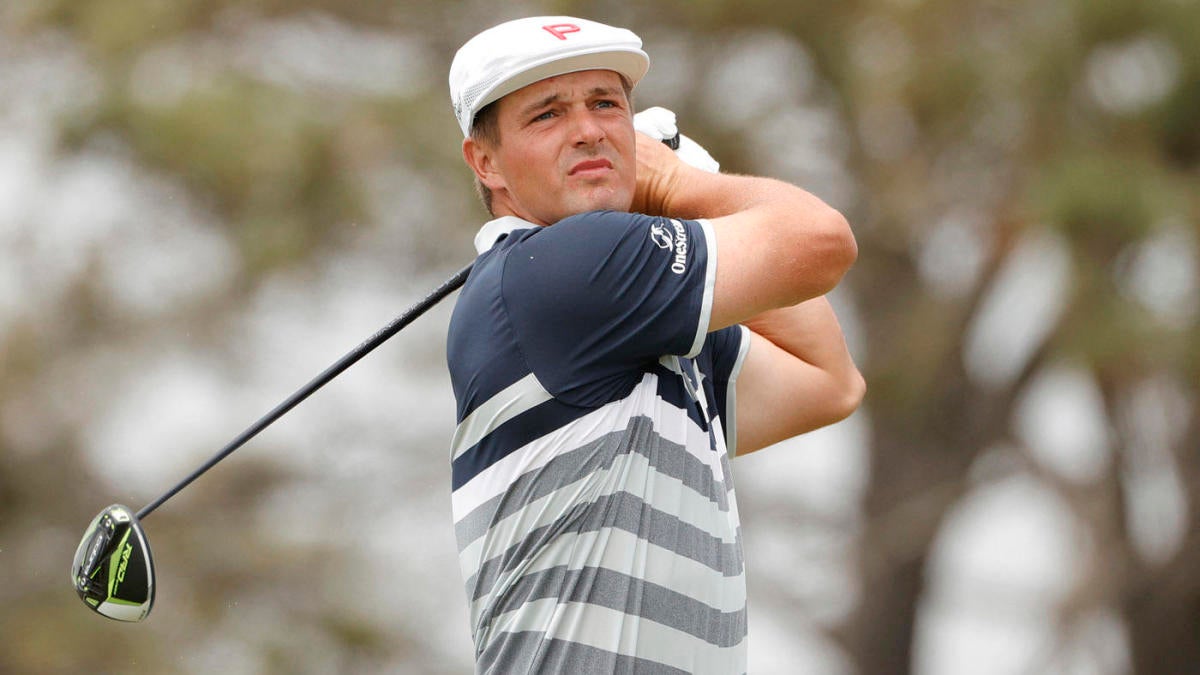 The PGA Tour schedule has been on a roll as we enter yet another week featuring a loaded field of golfers. On the heels of last week’s thrilling U.S. Open at Torrey Pines, TPC River Highlands will play host to the Travelers Championship this week, which will be highlighted by Dustin Johnson, Bryson DeChambeau and Brooks Koepka (maybe the much-desired showdown between Koepka and DeChambeau takes place this weekend?).

The Travelers is always one of the best-run events on the PGA Tour’s slate, and its position on the schedule — the week after a major championship — is unfortunate because the field would be even better than it already is if it was elsewhere on a crowded slate. Still, it will make for some good post-U.S. Open viewing this weekend. Let’s take a closer look at this week’s contest with odds provided via William Hill Sportsbook.

1. Bryson bounce: In case you somehow missed the last two hours of last week’s U.S. Open, you missed one of the wilder nine-hole stretches of the last few years from Bryson DeChambeau. He shot a 44 (a 44!) on the back nine for a closing 77, after which he said he was totally fine because, “I don’t even care. I’ve changed a lot, attitude-wise and everything. It’s frustrating in the moment when it’s happening, but afterwards for me now, I don’t really care as much. I’ve already won it.”

The question for me is how he will rebound in the middle of a really busy stretch in which he has the U.S. Open, Travelers, will be the defending champion at the Rocket Mortgage Classic and then gets a week off before The Open. DeChambeau traditionally does not play close to this much, and I’m curious to see if he dials it back a bit because of that or if there are any side effects from that 77. I’m guessing the answer to both questions is, “No,” but it’s something to keep an eye on throughout the week.

2. Can D.J. find it? Johnson faded at the U.S. Open last week, and has just two total top 10s on the PGA Tour since his Masters win last November. That’s a minuscule number for a player of his caliber, but a win on this course last year jump-started one of the better runs we’ve seen from him in a career of pretty great runs. After winning this tournament in 2020, he went on to finish first or second in five of his next 10 events as well; although sandwiched in there was an 80-80 MC and a WD after a 78. Still, he needs a bit of a jolt heading into the final major of the year and a summer of money-making opportunities at the FedEx Cup (not to mention the Ryder Cup in September).

3. Cowboy country: There are two pretty interesting stories developing this summer, both from former Oklahoma State golfers. The first is Rickie Fowler, who recently announced that he and his wife Allison would be having their first child later this year. Fowler has been genuinely playing solid golf over the last month with a T8 at the PGA Championship and a T11 at the Memorial Tournament a few weeks after that. He missed out on the U.S. Open, but there’s real excitement around him going into an event for the first time in a while.

The second is Matthew Wolff, who was in contention for most of the first three rounds last week at Torrey Pines and is one of the most talented ball-strikers in the world. He spoke at length last week about growing up and his battle with getting into a good mental and emotional space in a world that is so new to him. He somehow became even easier to root for than he already was, and it was great to see his golf come around a little bit as well.

Rick Gehman is joined by Kyle Porter and Jonathan Coachman to preview the 2021 Travelers Championship. Follow & listen to The First Cut on Apple Podcasts and Spotify.

It’s an excellent field with half of the top 10 in the world as well as names like Wolff, Justin Rose, Tony Finau, Scottie Scheffler and Phil Mickelson joining Johnson, Koepka, DeChambeau, Patrick Reed and Patrick Cantlay. This is unsurprising for the Travelers Championship because they low-key run one of the great events of the PGA Tour season and are often rewarded with a tremendous field. Grade: A

So who will win the Travelers Championship, and which long shots stun the golfing world? Visit SportsLine now to see the projected leaderboard, all from the model that has nailed seven golf majors, including Jon Rahm’s epic U.S. Open victory.